We flew into London just a few days after the Royal Wedding to find that England was still fully engrossed with the recent nuptials of Harry and Megan. There were “Harry & Megan” sushi specials, cardboard cutout masks, bobbleheads, and more. We already knew that everyone loves the queen, so no surprise to see a fair amount of queen-related merchandise, but this display in a souvenir shop surprised me a bit (one of these things is not like the other….) 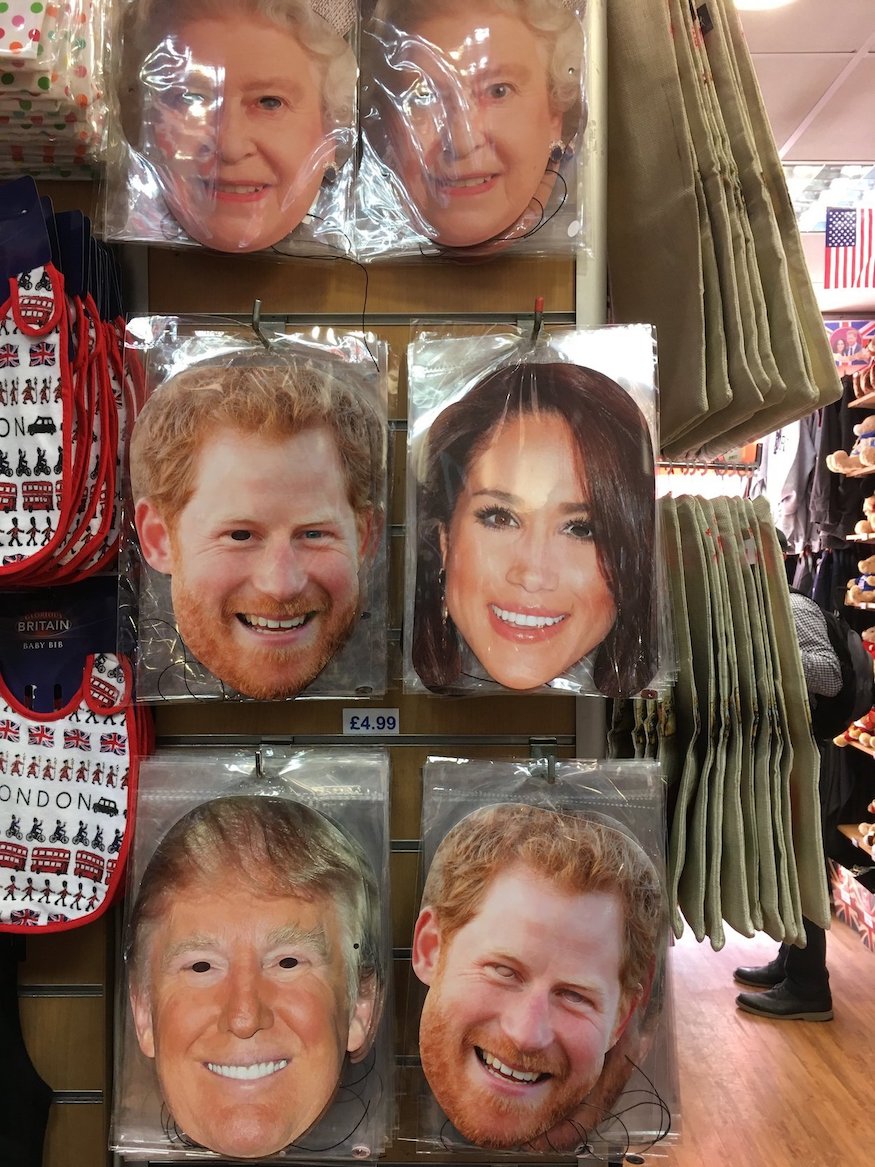 During our first day in London, we joined one of the many free walking tours — it was specifically a “West End” tour, so we got to see some of the famous sites and hear a lot about British history and the royal family. We also stumbled upon an unexpected military parade that was part of a week-long celebration for King George’s 70th birthday! (for the record, King George was nowhere to be found) 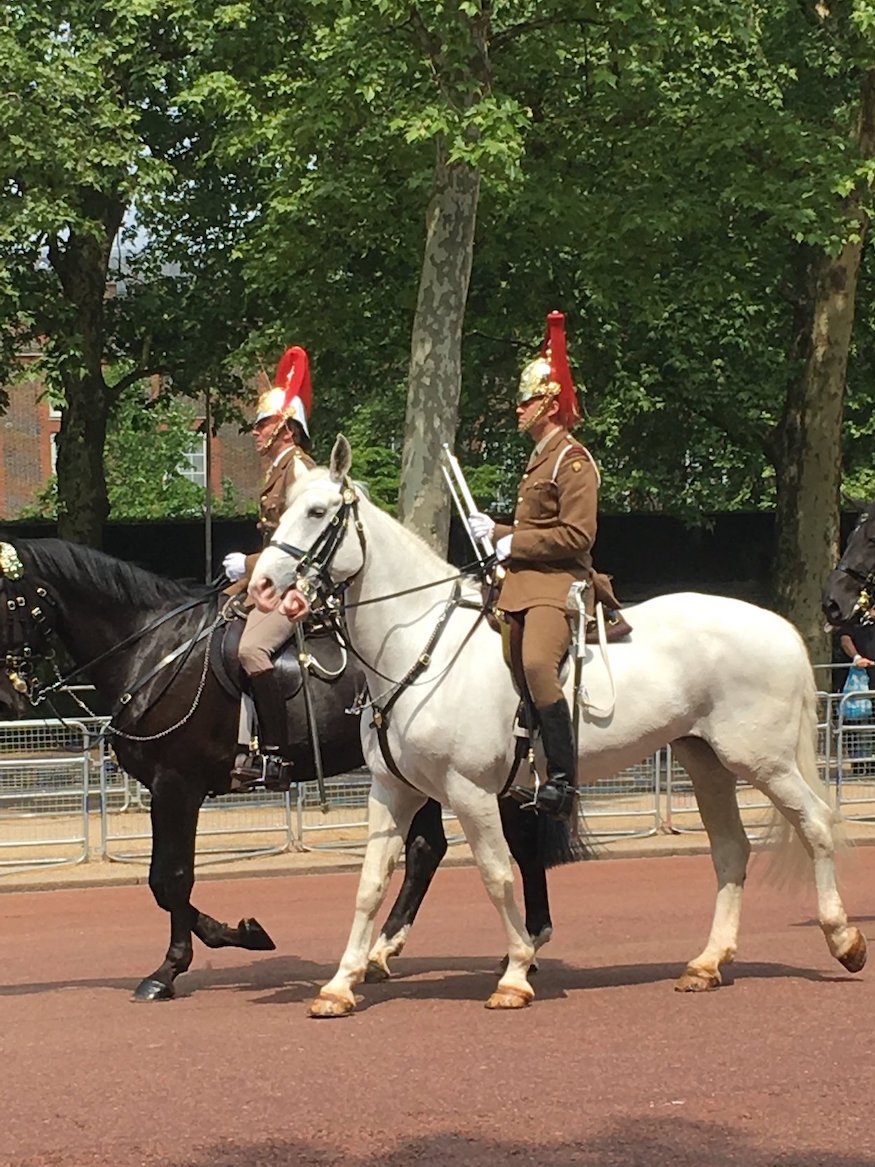 London also happens to be the origin of a few of my favorite fictional characters - Harry Potter and Sherlock Holmes - so no visit would be complete without a visit to 221B Baker St and Platform 9 and 3/4. We had a quick visit at Baker St, and then headed to King’s Cross Station. King’s Cross has embraced it’s pop culture references and is now complete with a Platform 9 and 3/4 and adjoining Harry Potter gift shop. 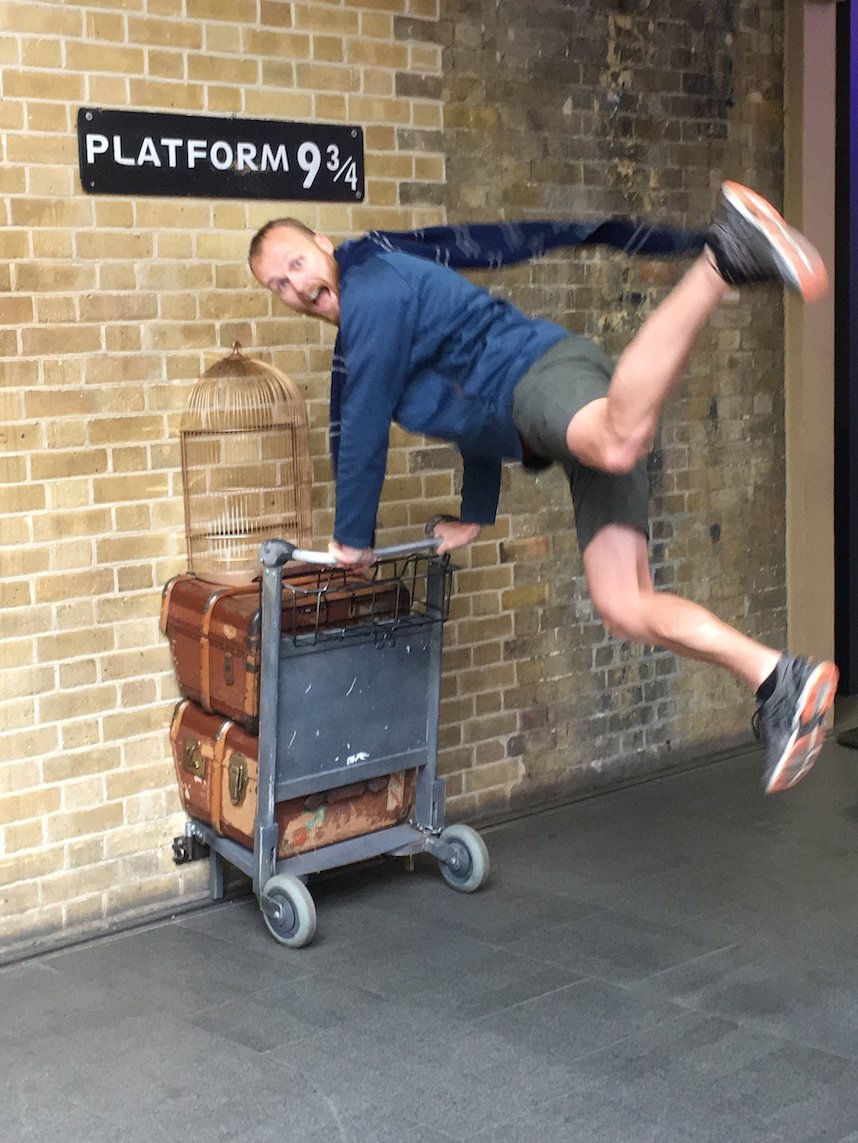 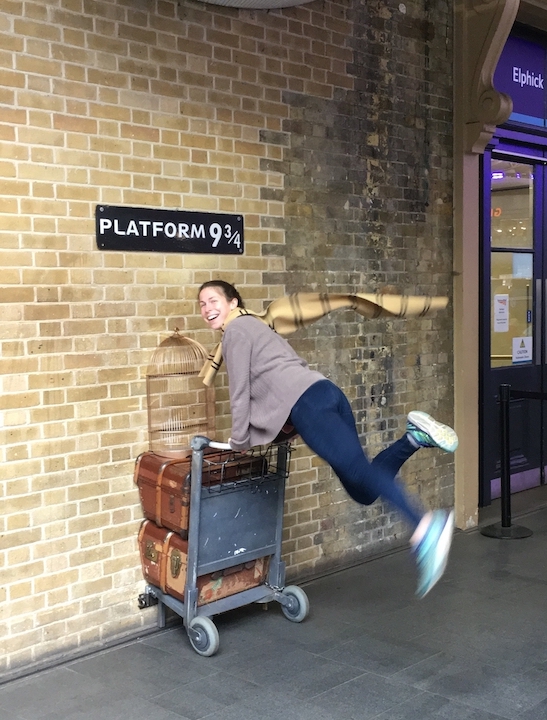 Just a Ravenclaw and Hufflepuff reporting to Hogwarts!

Lastly, the UK is not a place known for it’s stellar cuisine, but we did make sure to try a few of the staples. On our first night, we had a GIANT plate of fish and chips - good, but mostly notable for its size. The following day, we tried (meat) pies. Thought it would be something like meatloaf with an outer pie-like crust - not the case. It was actually a bowl of meat sauce (like meat sauce for pasta, but with a higher concentration of beef) with a small scoop of mashed potatoes on top. Glad I tried it, probably wouldn’t have it again. 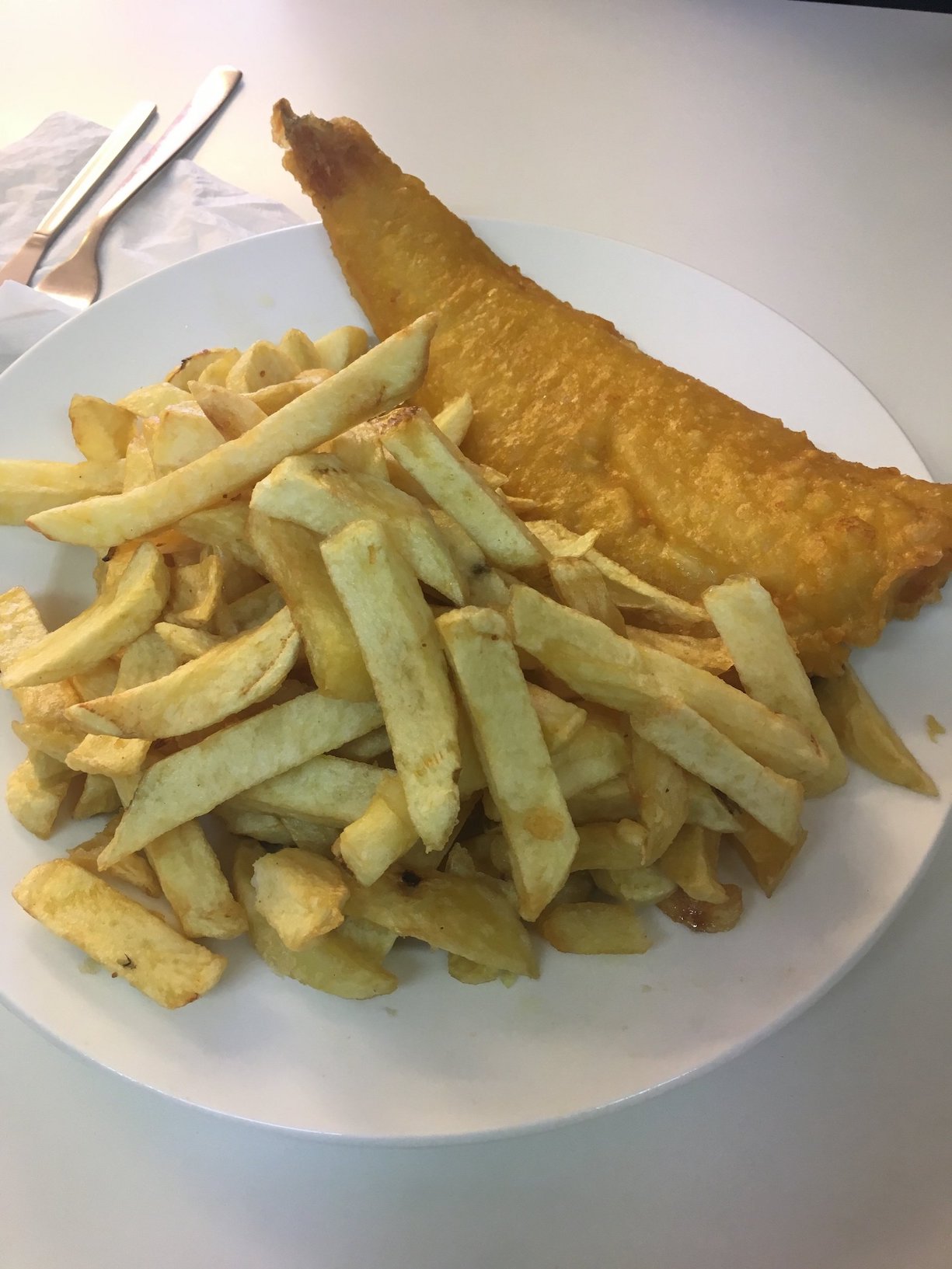 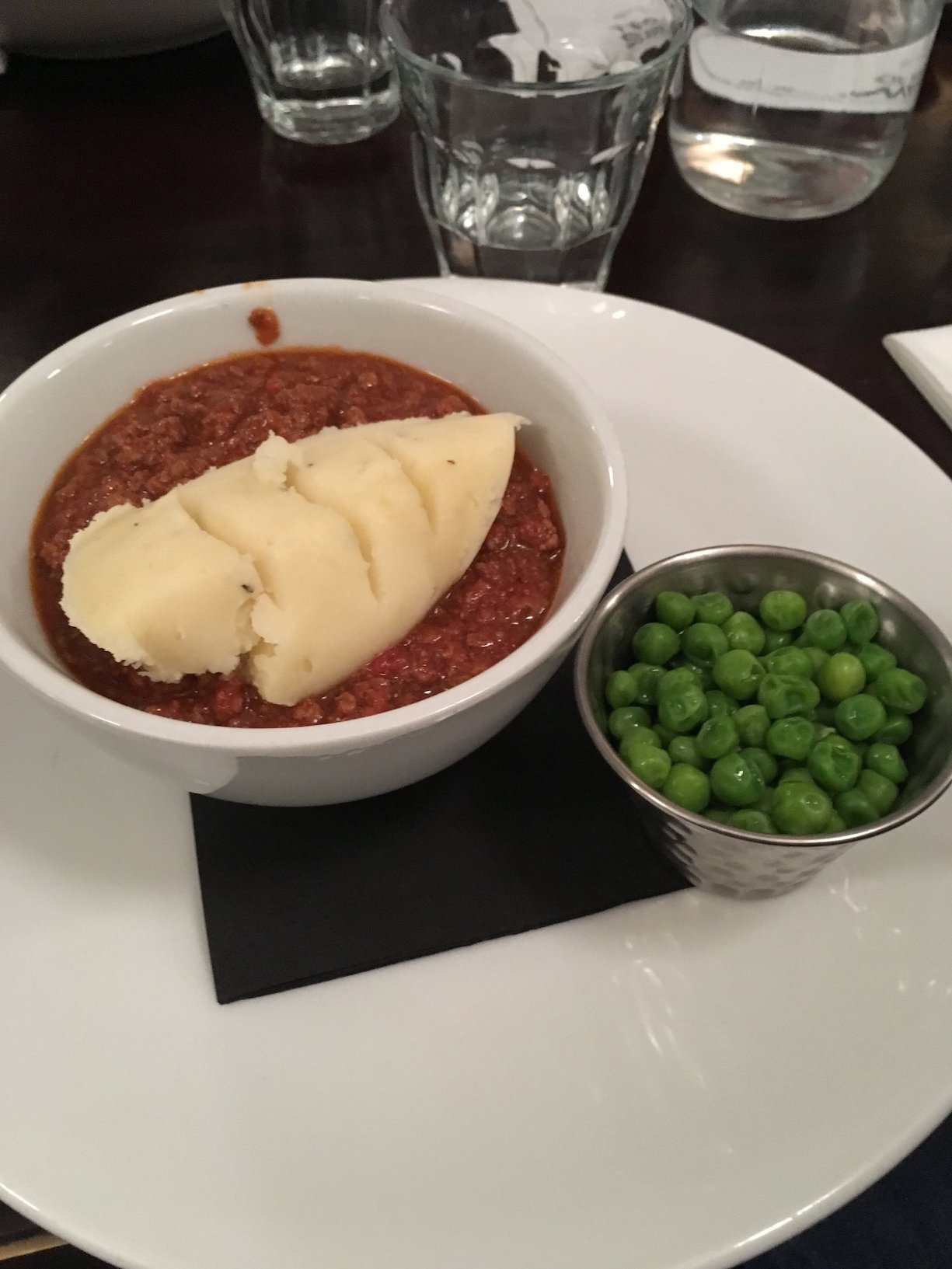 After London we were off to Amsterdam for the long weekend (Memorial Day) to meet up with a few MIT friends!