Thailand was one of the locations we were most looking forward to in Southeast Asia, and it did not disappoint! First and foremost, the food was amazing. I’m a big fan of Thai food, so it was no surprise that Phuket and Bangkok offered some of my favorite meals of the trip. Here are some of the Thai culinary highlights: 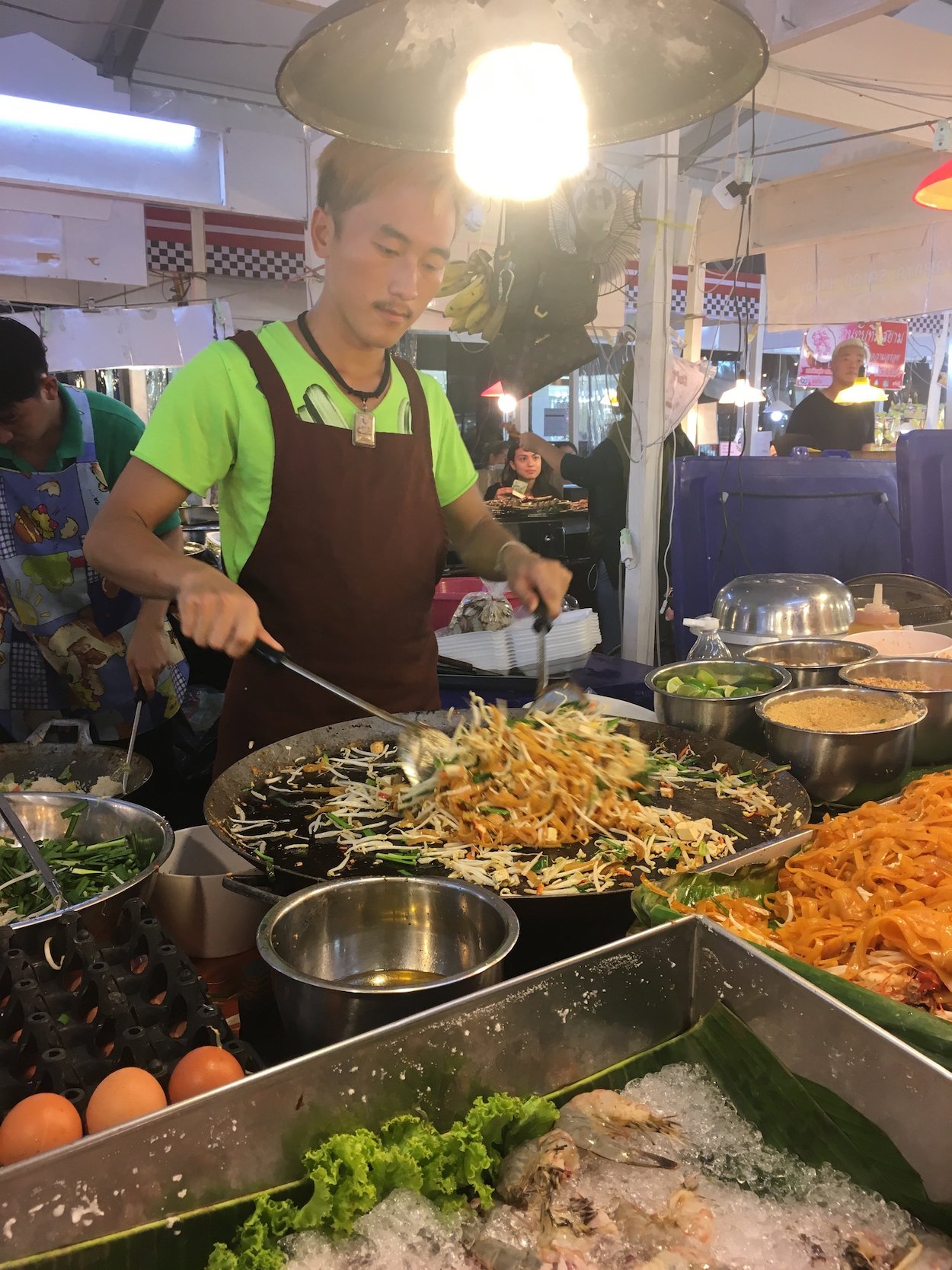 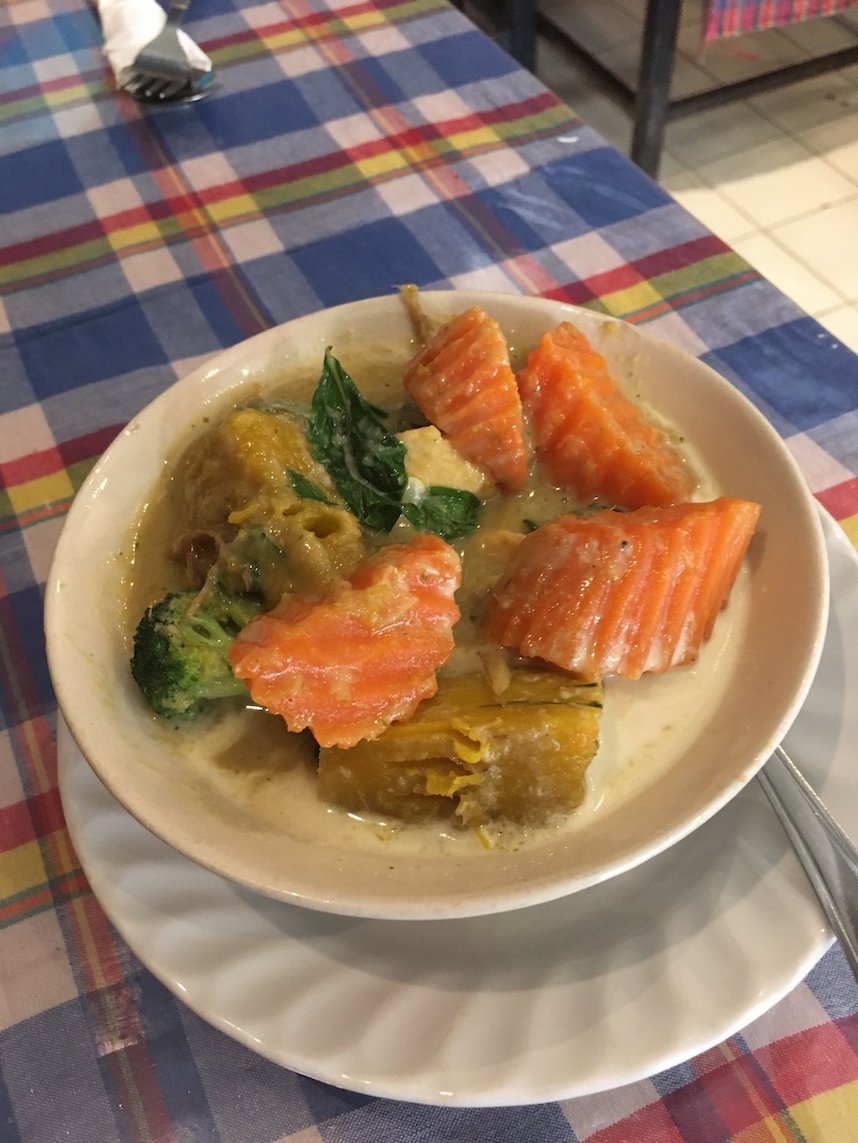 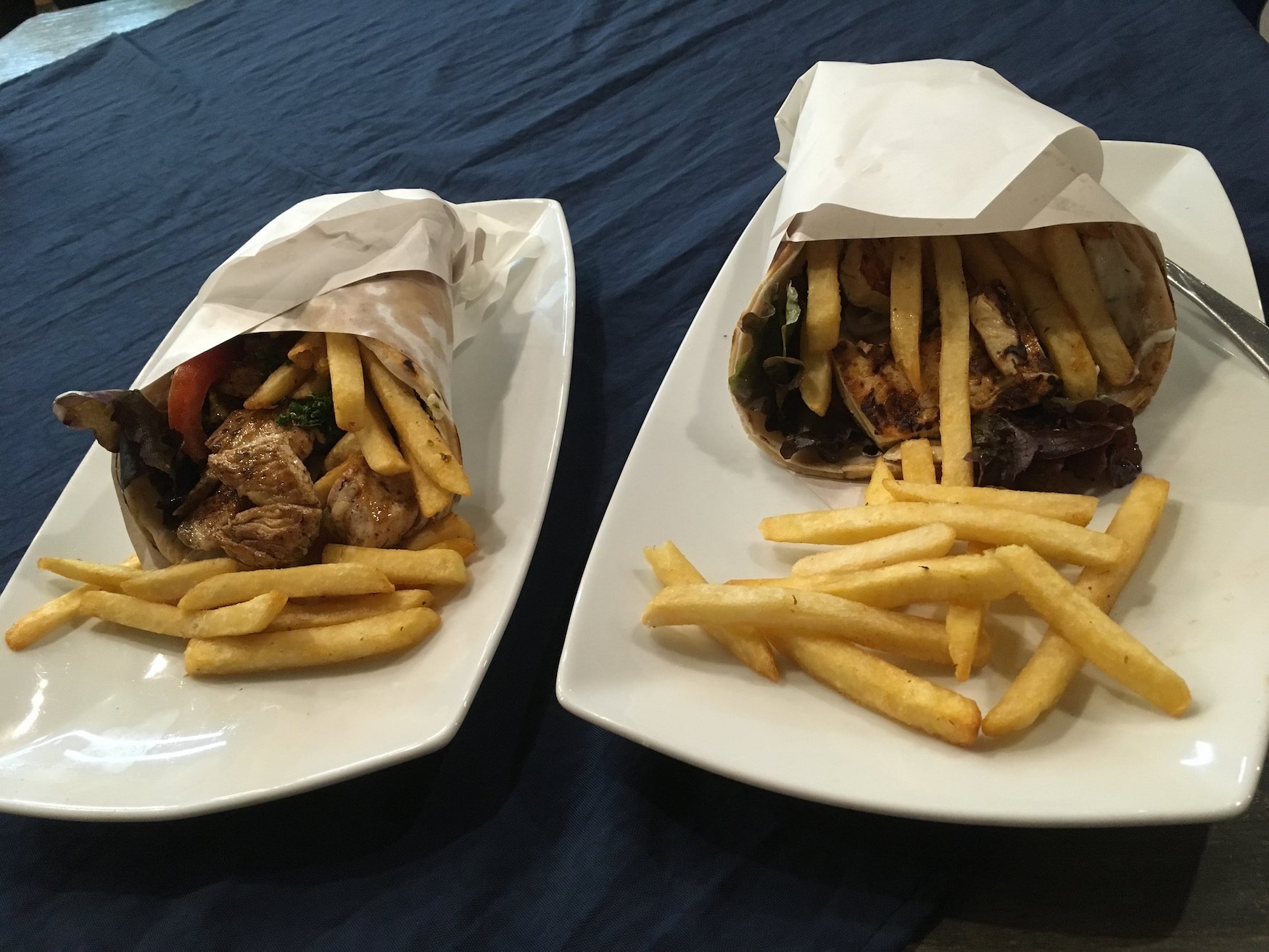 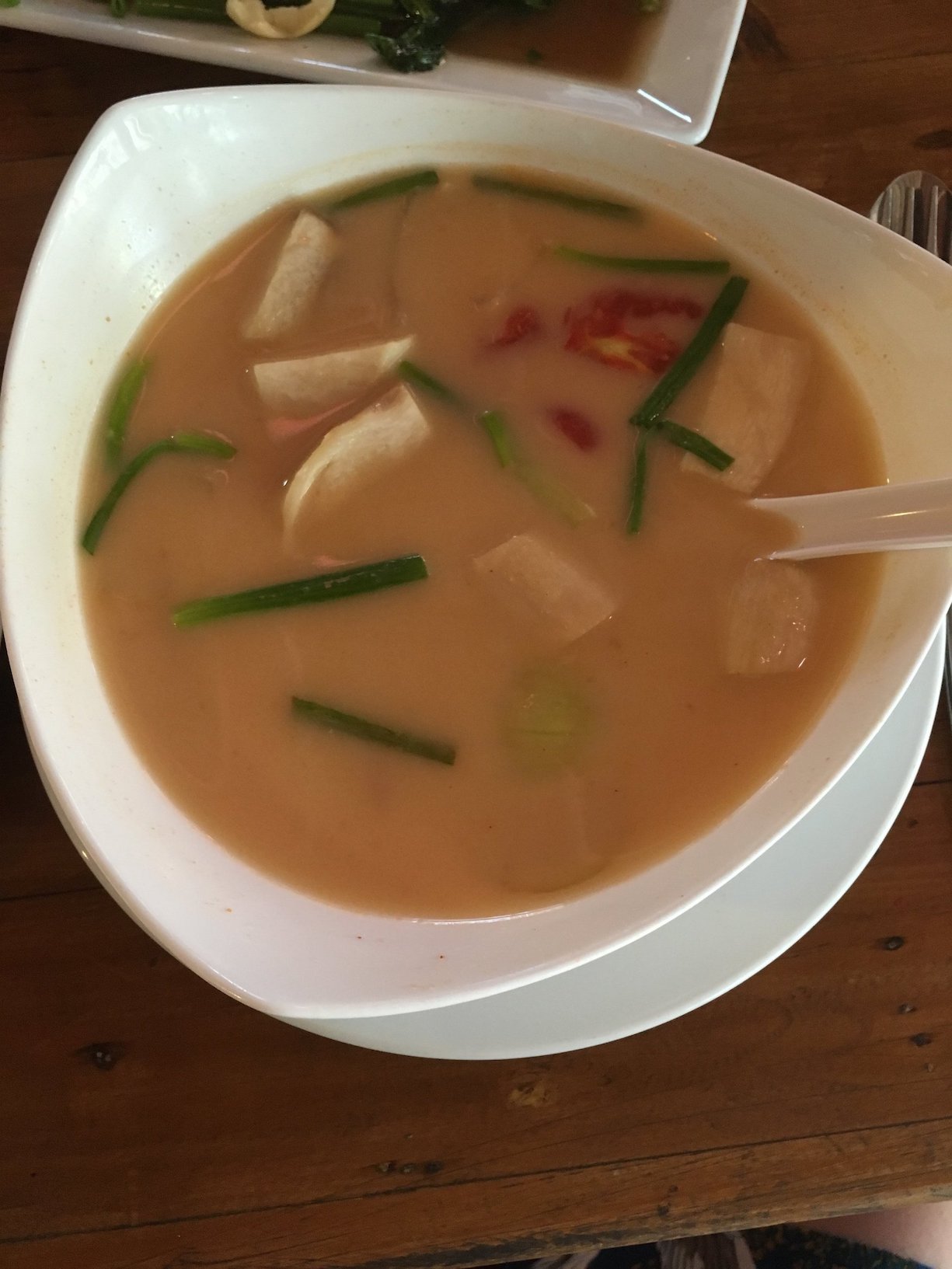 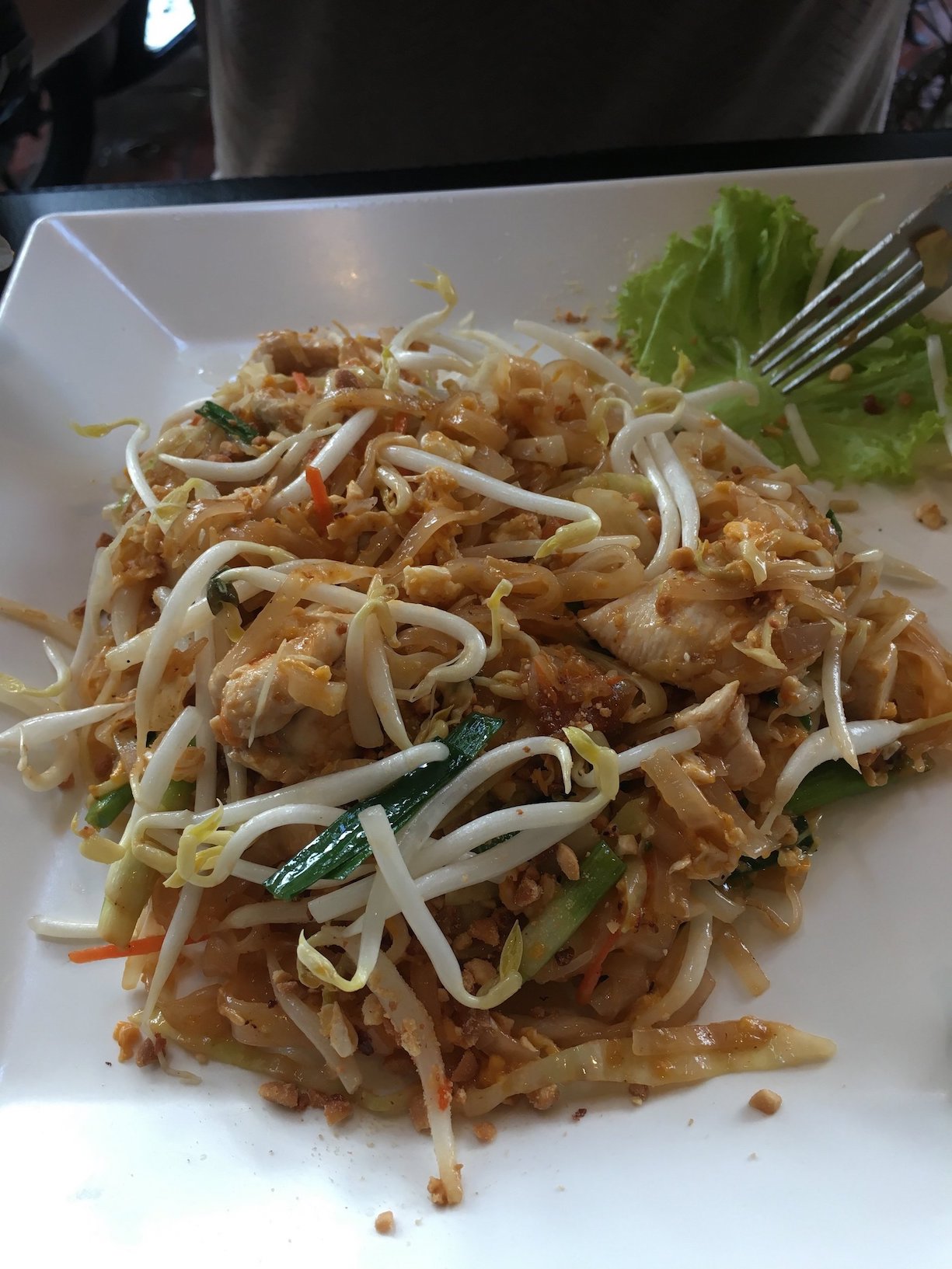 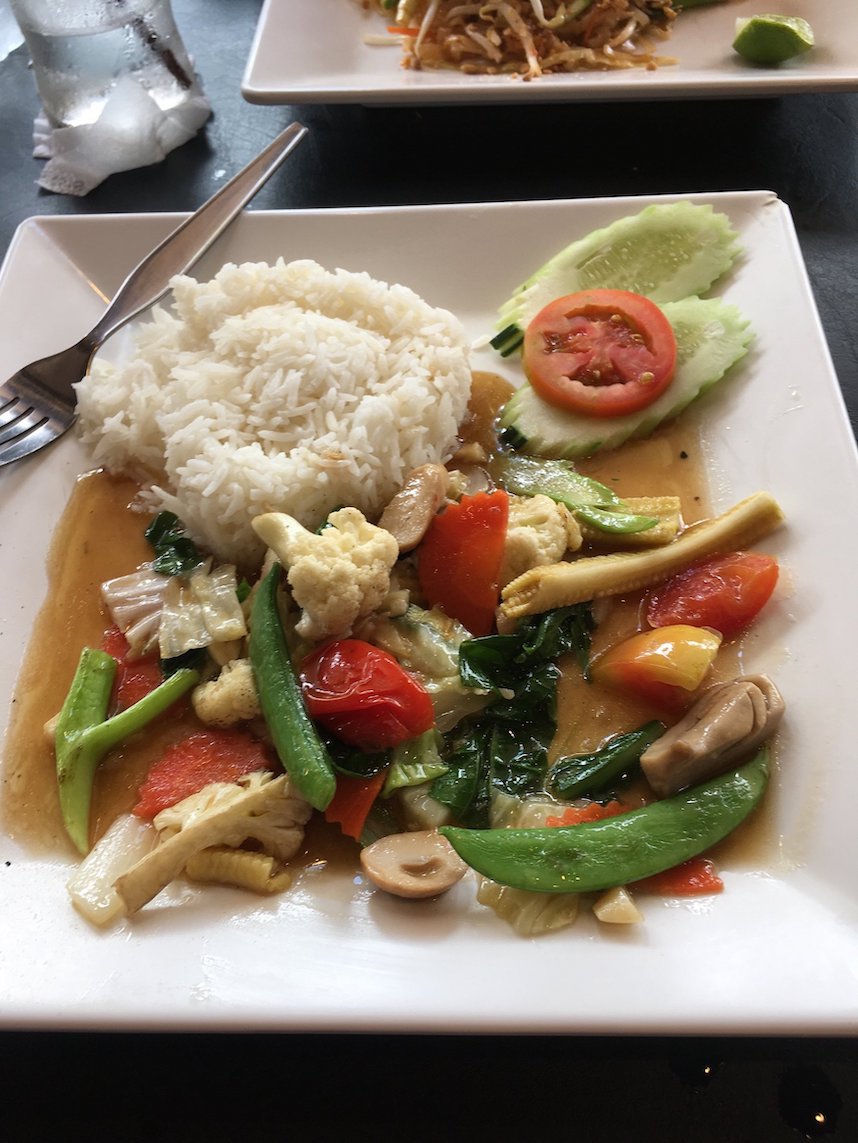 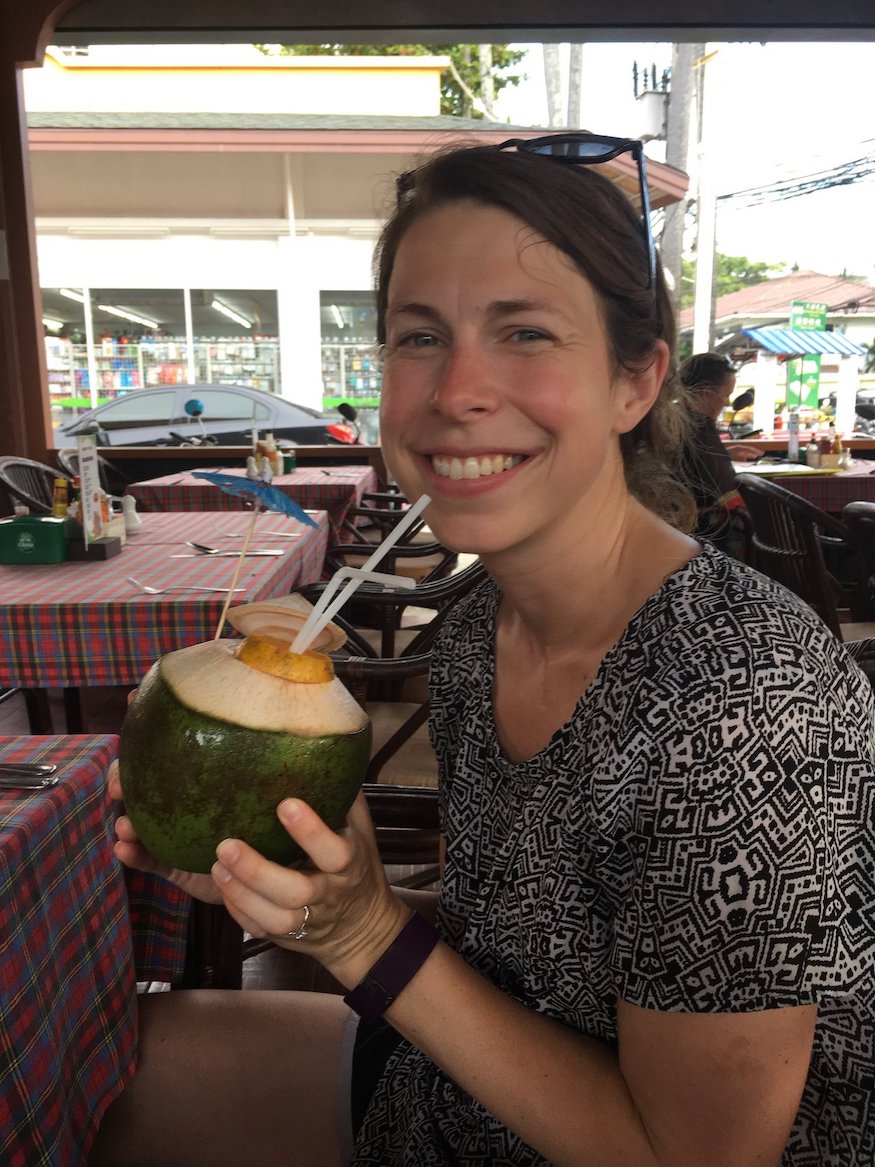 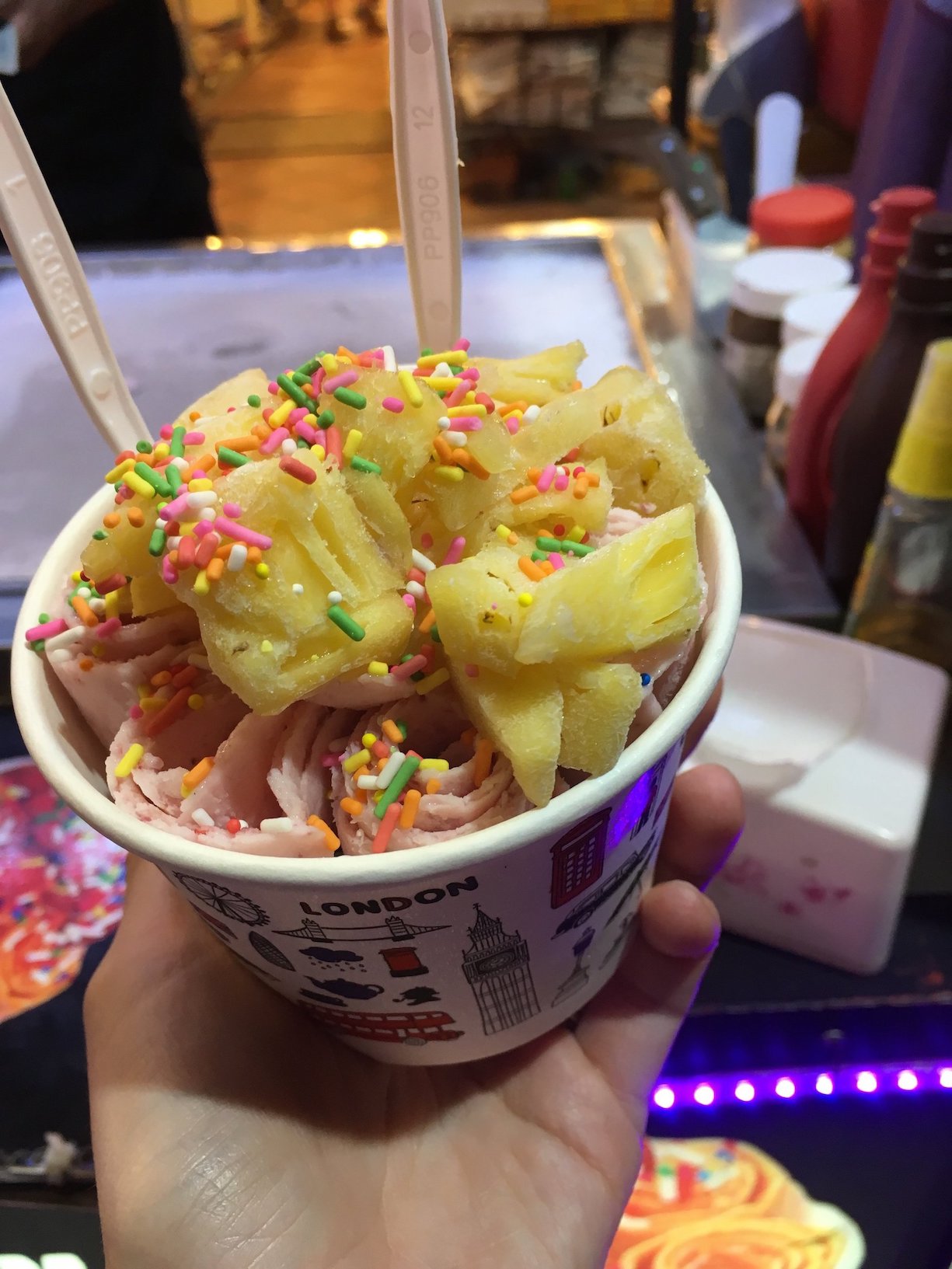 Our first stop in Thailand was the beachy island of Phuket. Thailand has lots of island/beach destinations, but Phuket is likely the best known by travelers. We stayed pretty far south at Kata Beach to avoid some of the denser tourist areas around the beaches that are closer (and more convenient) to the northern airport. For me, our hotel area and the nearby beach (about a 4 min walk) was the right amount of both relaxing (quiet and not super crowded) and bustling (w/ interesting restaurants and shops to explore). We could have had a great couple of days just hanging out at the hotel by the pool: 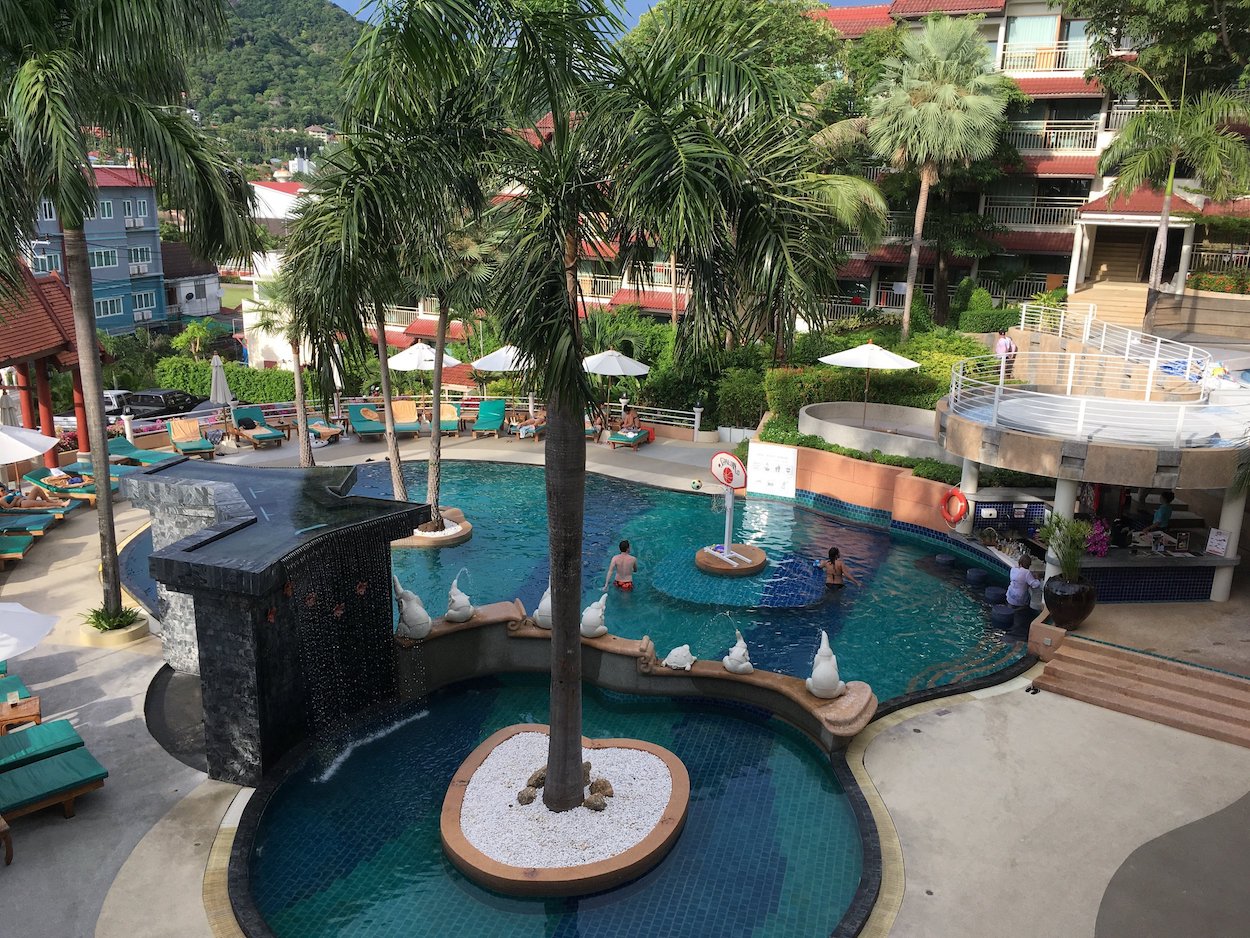 But even better, we were steps away from the beach. I don’t think I’ve ever been to a more beautiful and scenic beach. We were lucky to spend our evenings watching sunsets like these: 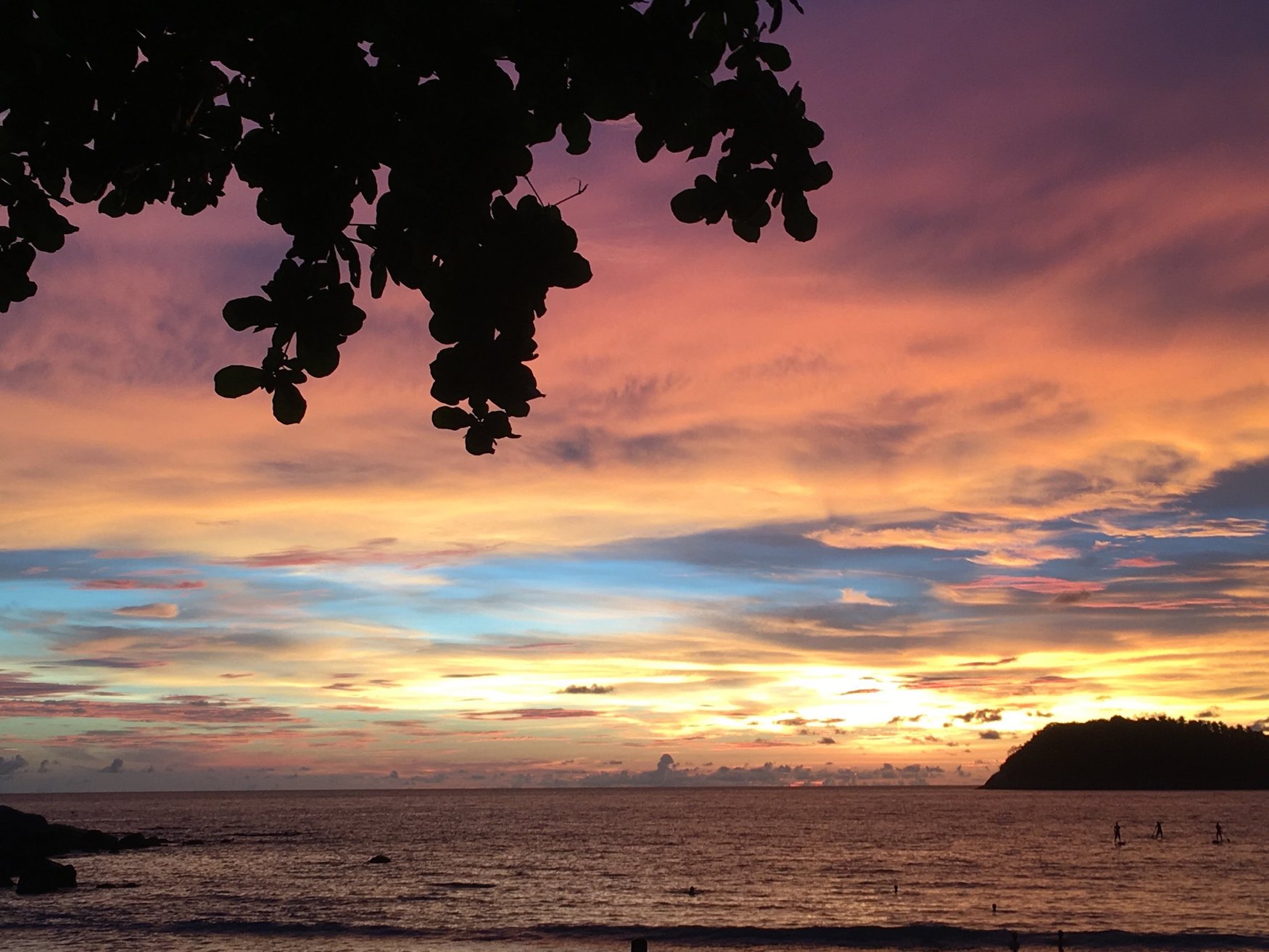 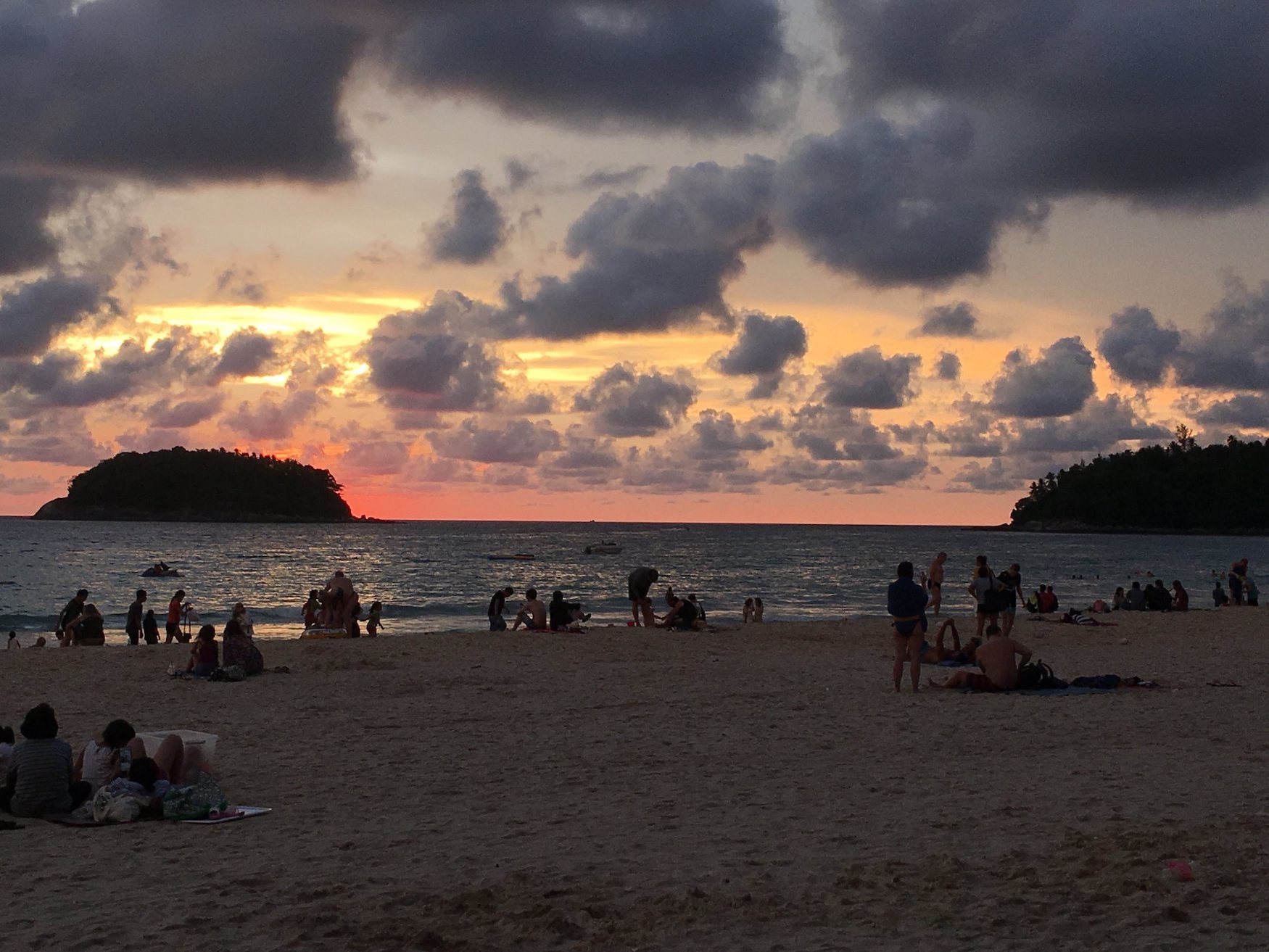 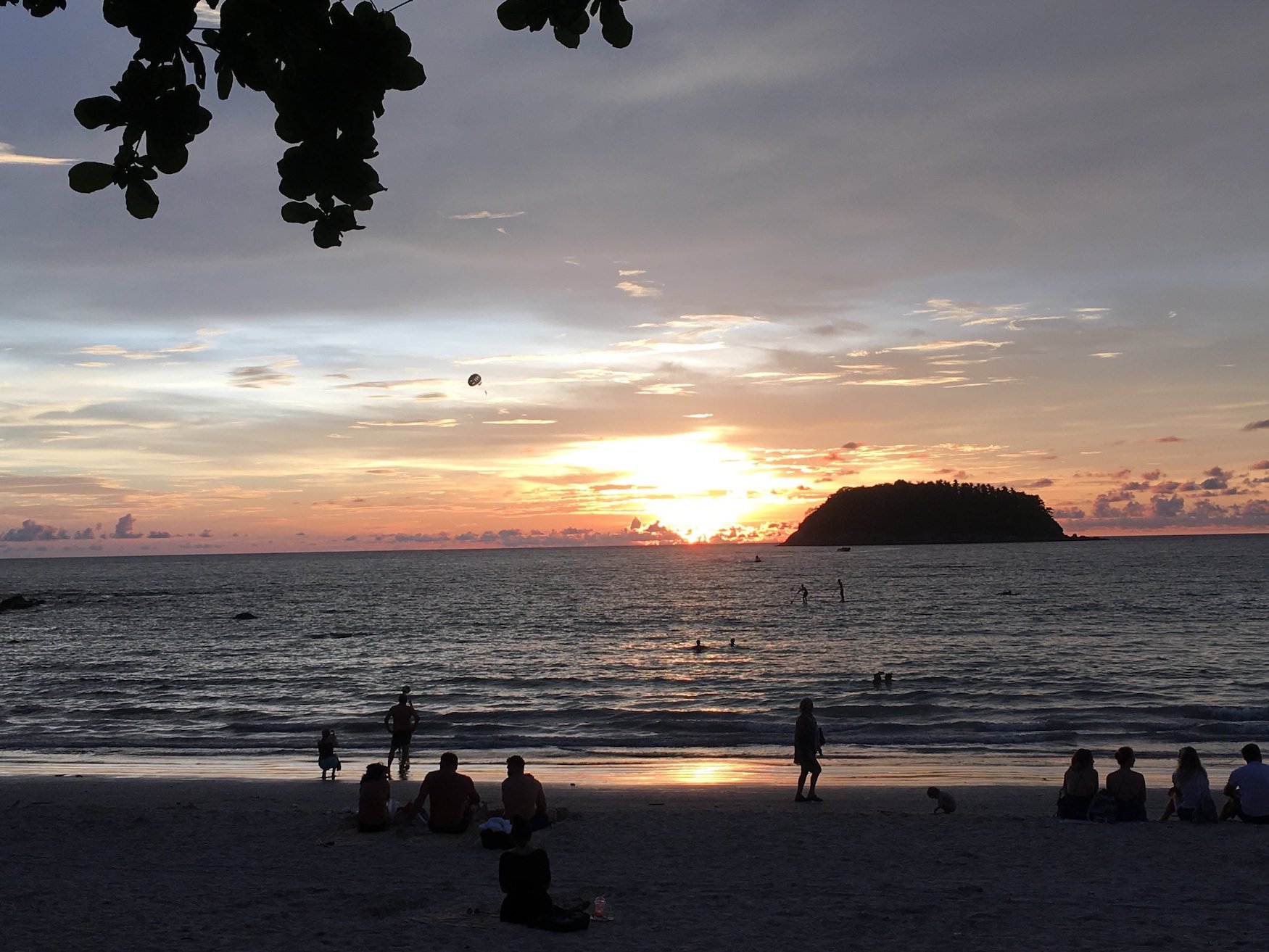 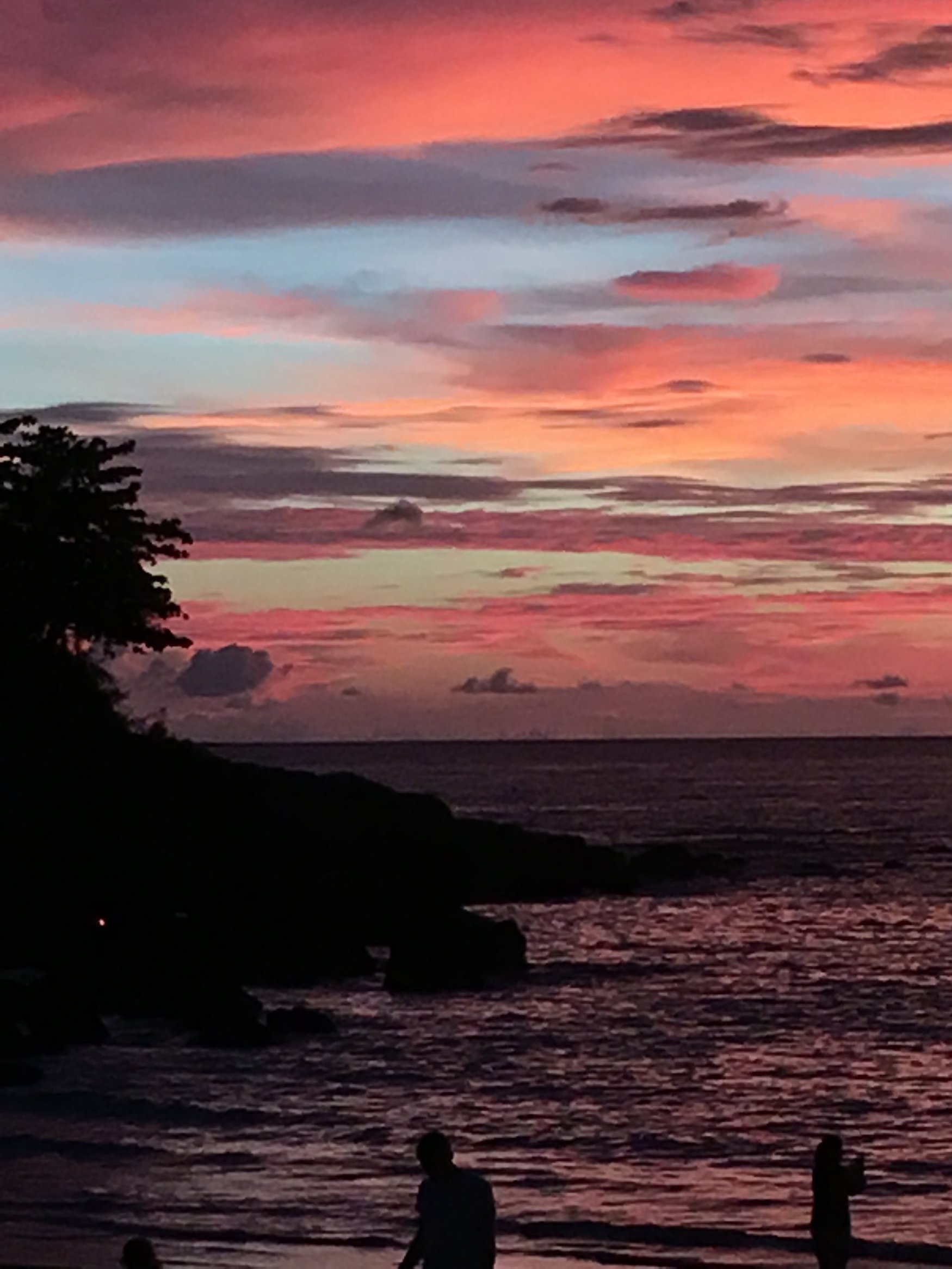 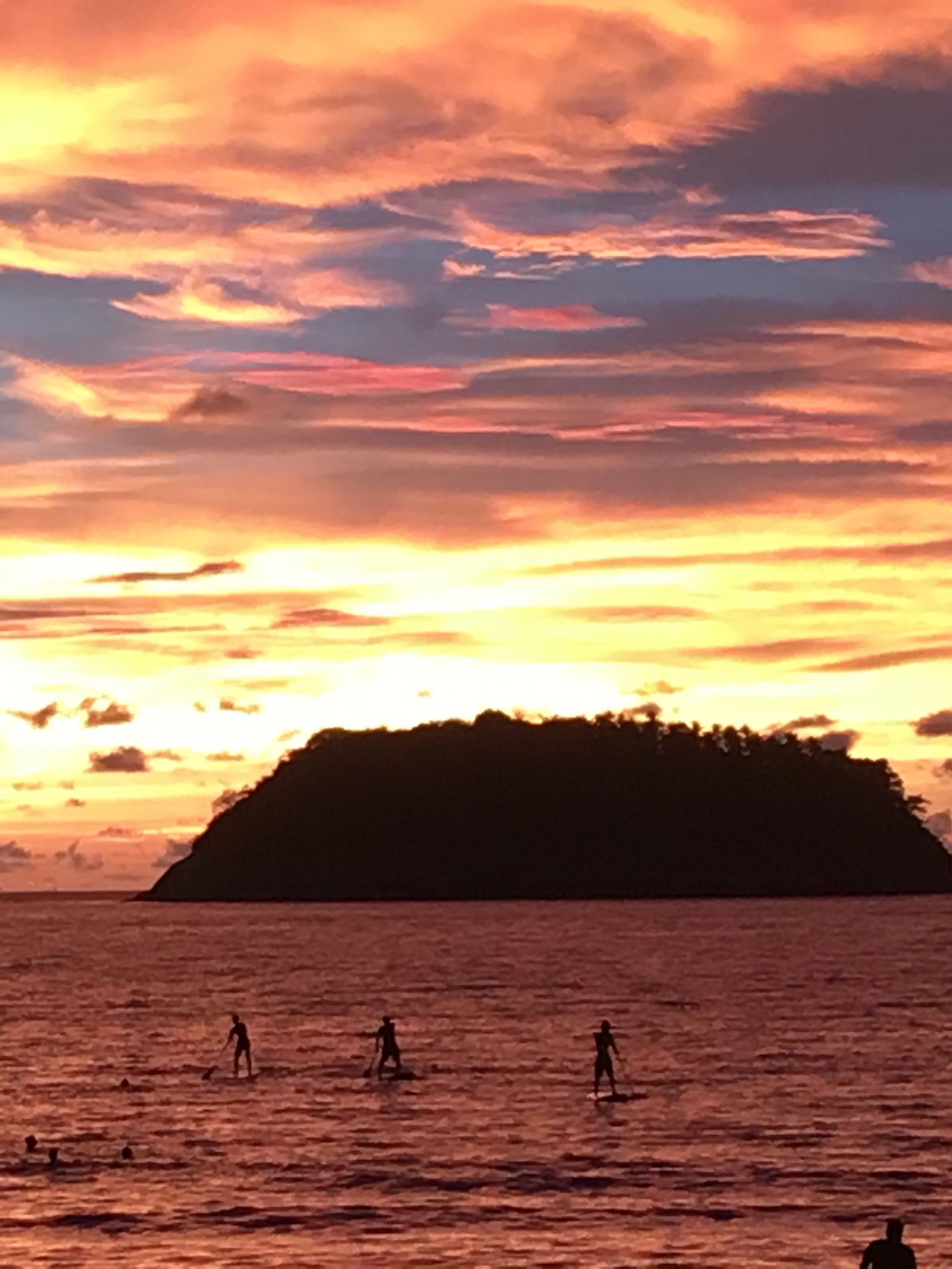 After leaving the beach wonderland of Phuket, we flew to Thailand’s major city - Bangkok. I wasn’t sure what to expect in Bangkok. I knew it would be more modern than the Vietnamese cities, as one of SE Asia’s major transportation/industry hubs, but other than that, I didn’t have a good sense of what to expect going in.

As it turns out, Bangkok is a rather large city (not unlike some of the cities we visited in China), but unlike China, the transportation system leaves something (a lot) to be desired. Many of the places we visited in Bangkok were spread out, and usually we needed to take a cab/uber to get from place to place. On top of that, traffic is terrible at pretty much all hours (we arrived after 10pm on a weeknight and sat in traffic on the highway going from the airport to our airbnb). There are a few trains and buses, but they don’t cover the city well. I guess what I’m saying is that Bangkok (and most cities in the US) could learn something about public transport from Shanghai and Hong Kong!

One of my favorite things about Bangkok and the places we visited in Vietnam was how so many people took advantage of public spaces to exercise. In Hanoi, I went running one morning before 6am and there were already dozens of people out doing a variety of morning exercise routines - running, yoga, strength training, and even zumba/kickboxing.

This was also true of Bangkok. One evening we went for a walk in a nearby park, and you might have thought we had inadvertently joined a road race. There were probably 1000+ people running a 1.5mi loop - all in the same direction - in this park. Then, at one end, there was a huge group exercise program taking place (see video below). I’ve dubbed them “November Project Bangkok”.

After Bangkok we were off to our final Asian destination - Seoul, South Korea! But first, here are a few more highlights of our time in Thailand: 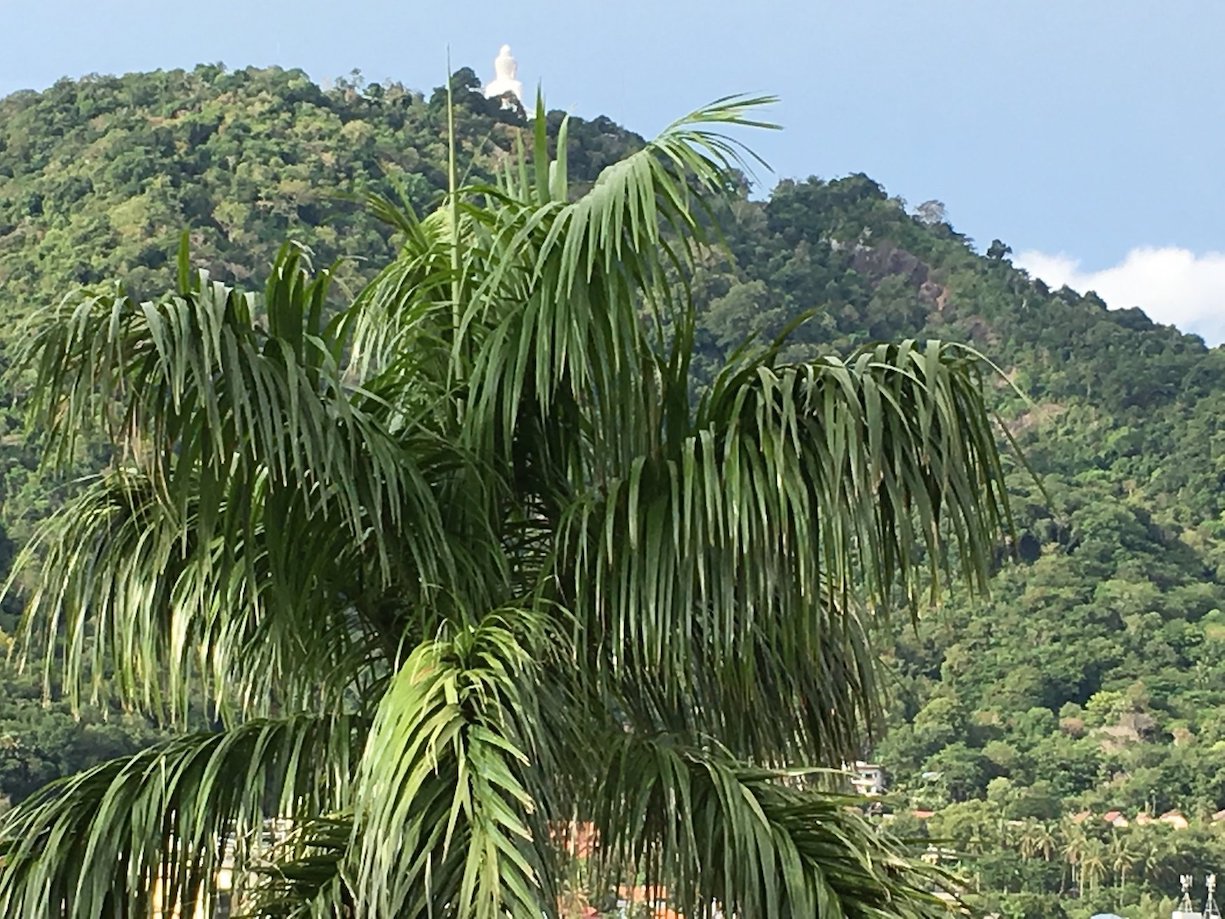 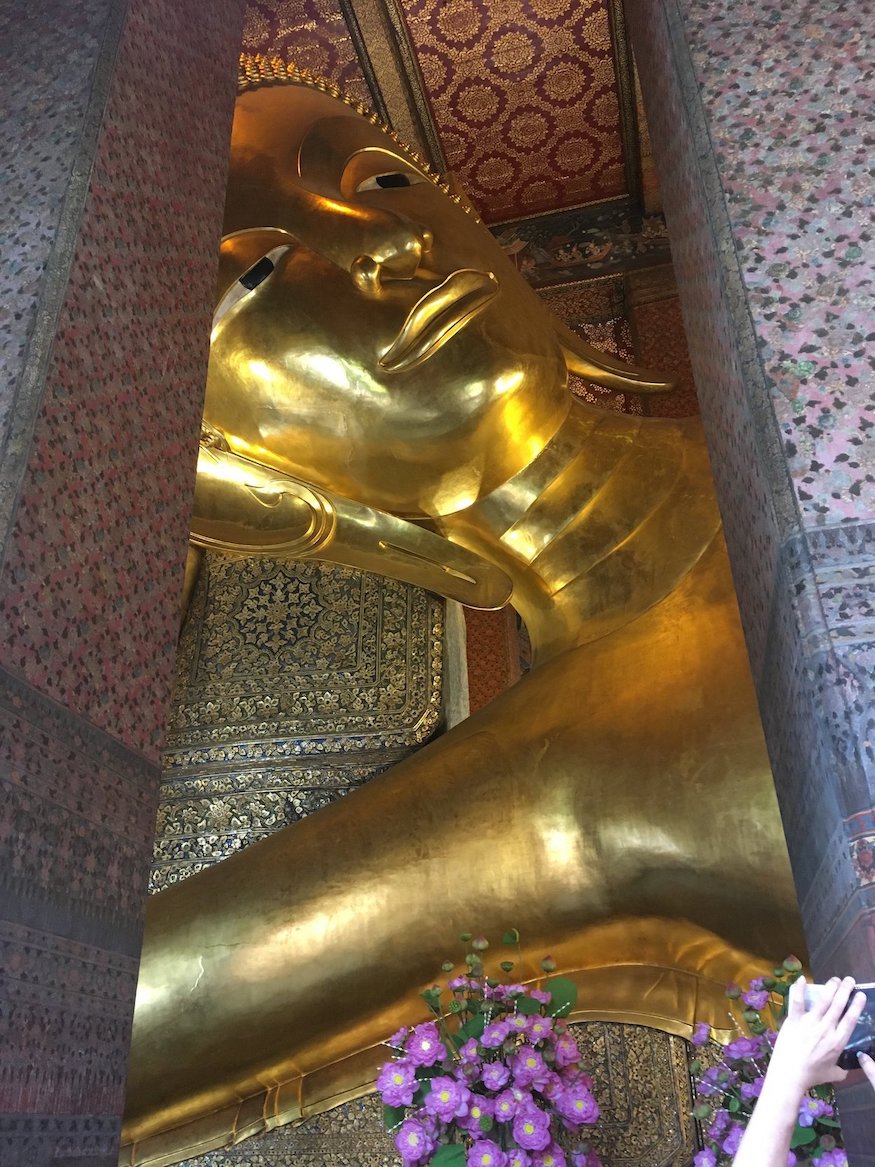 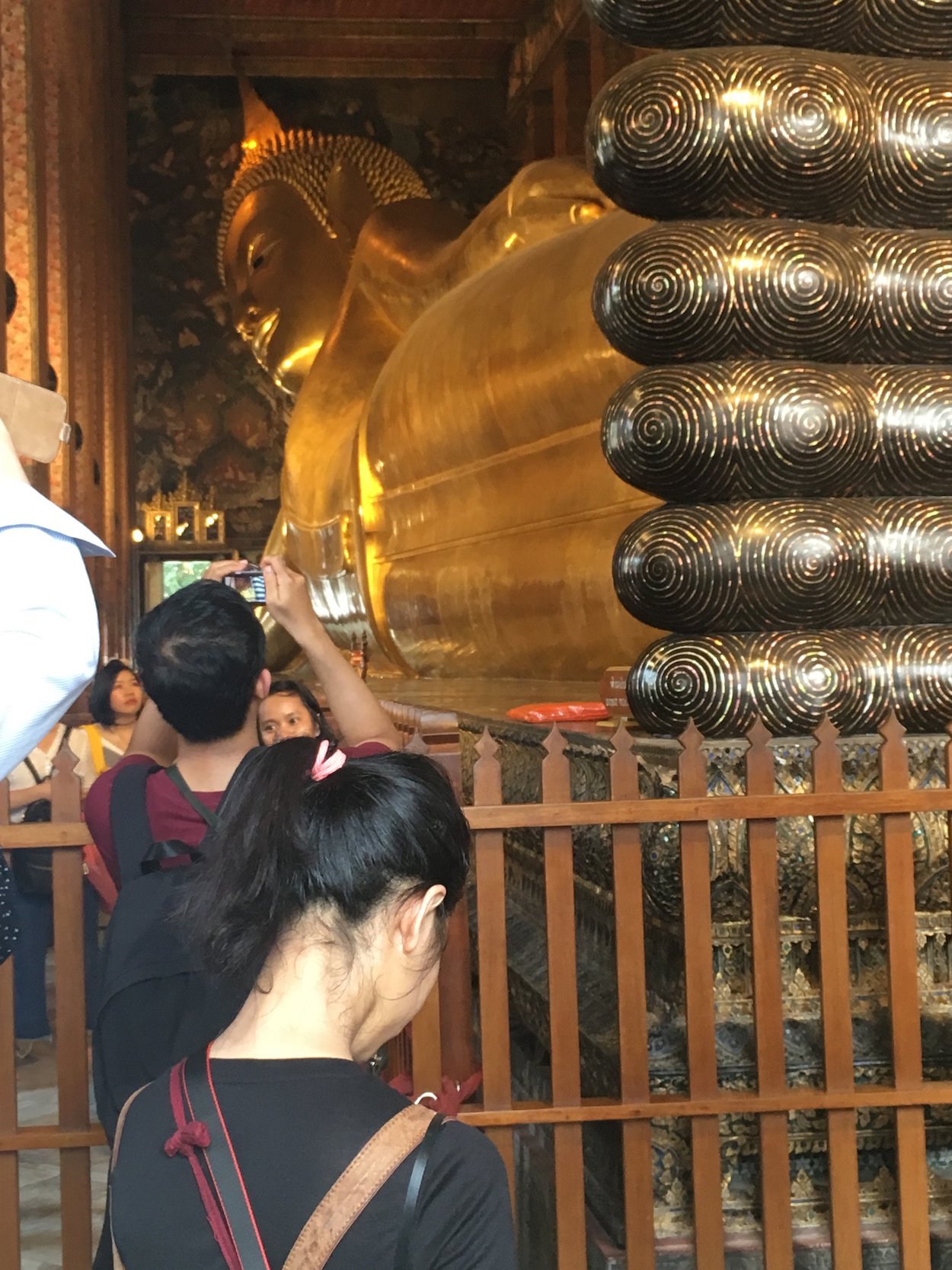 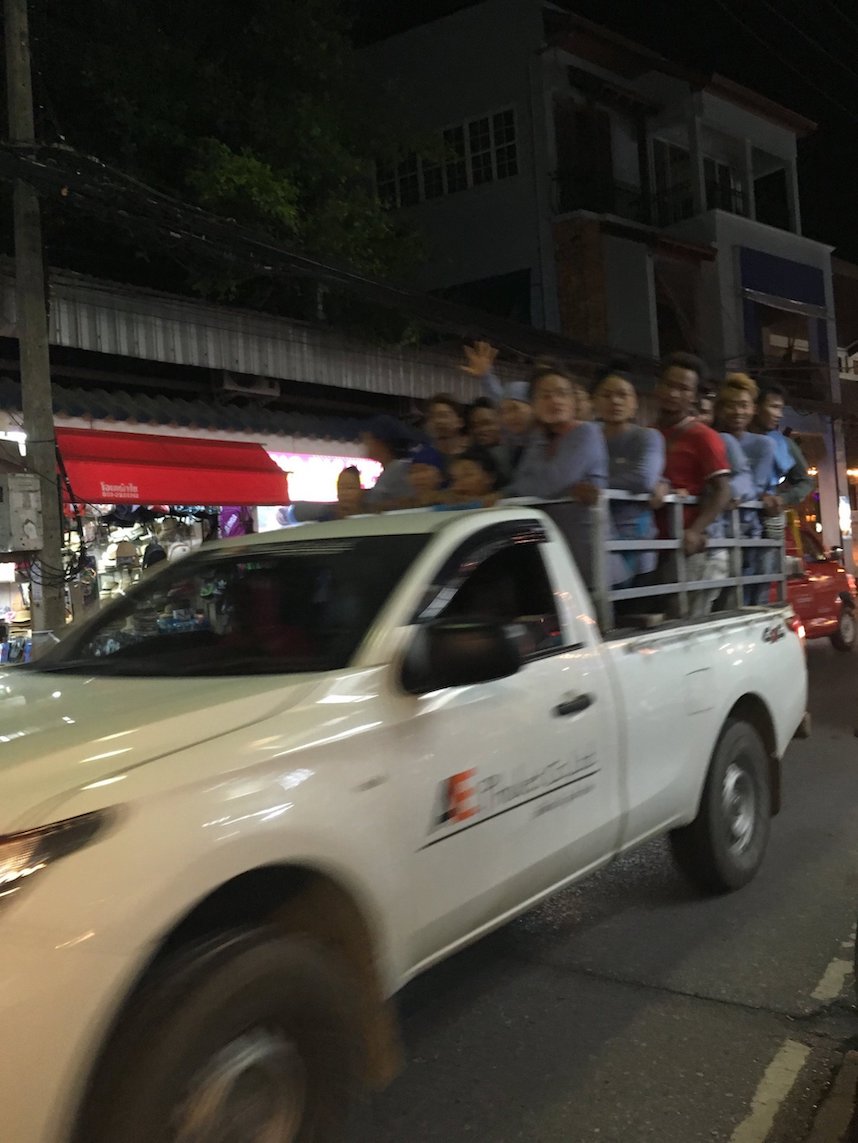 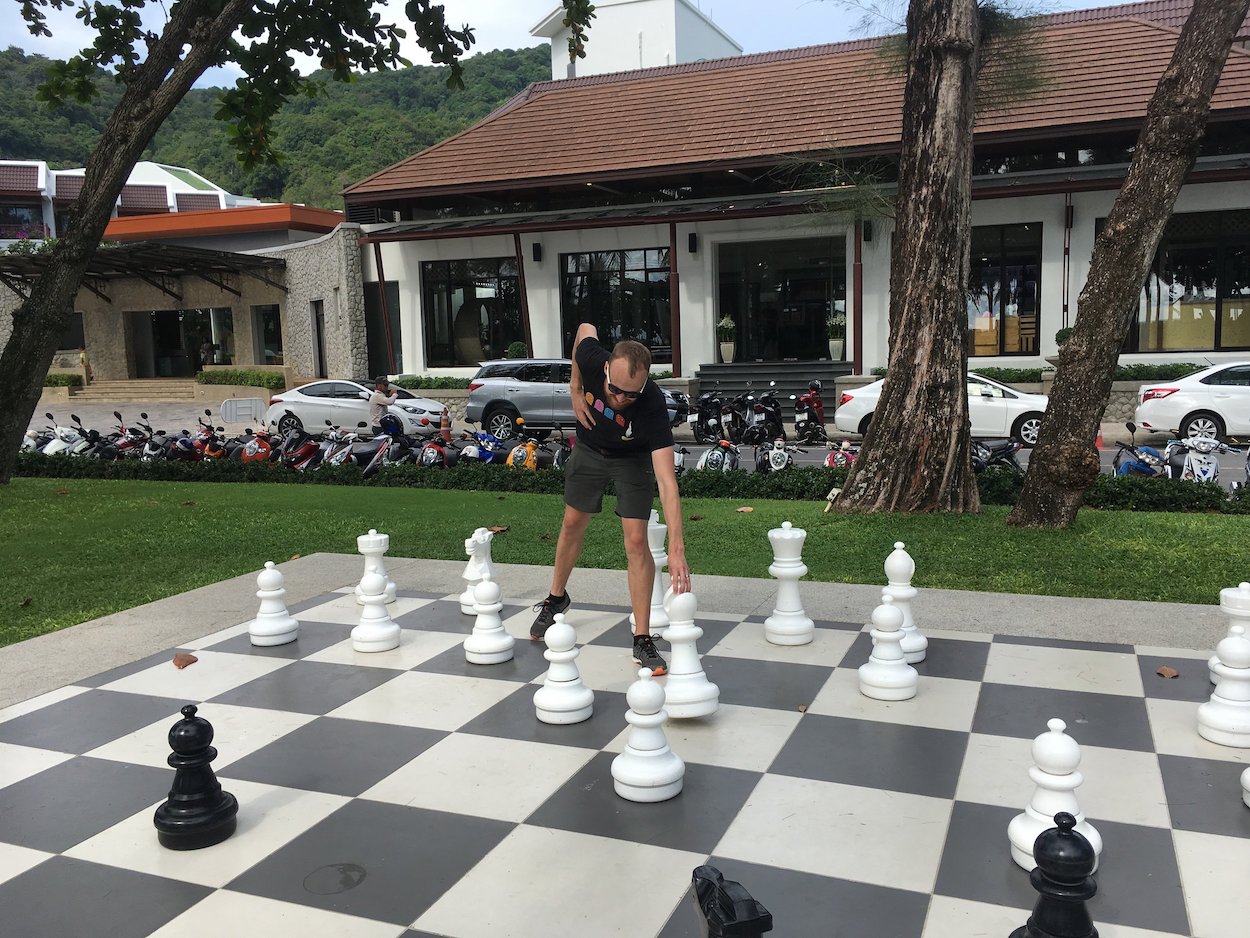 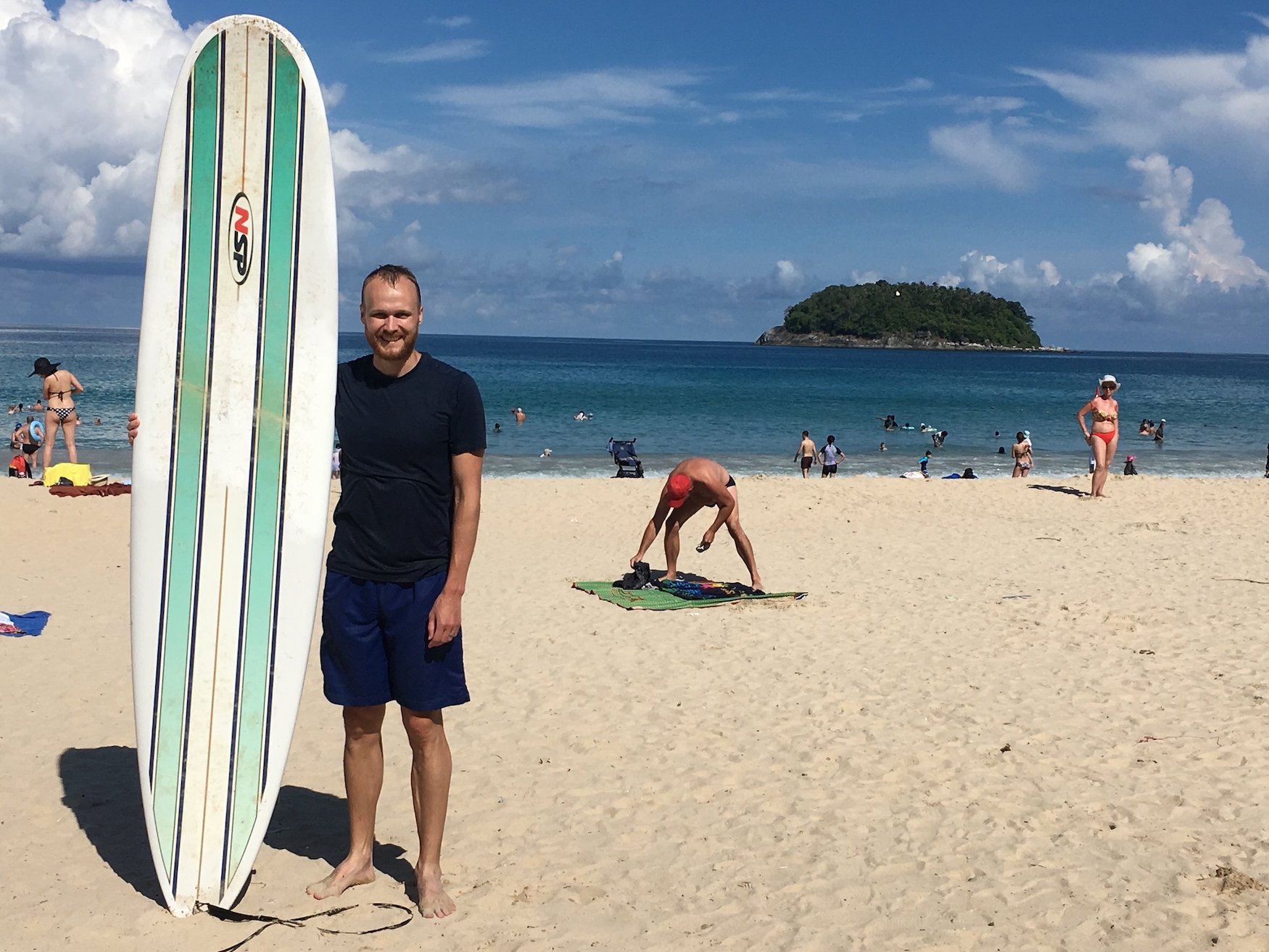 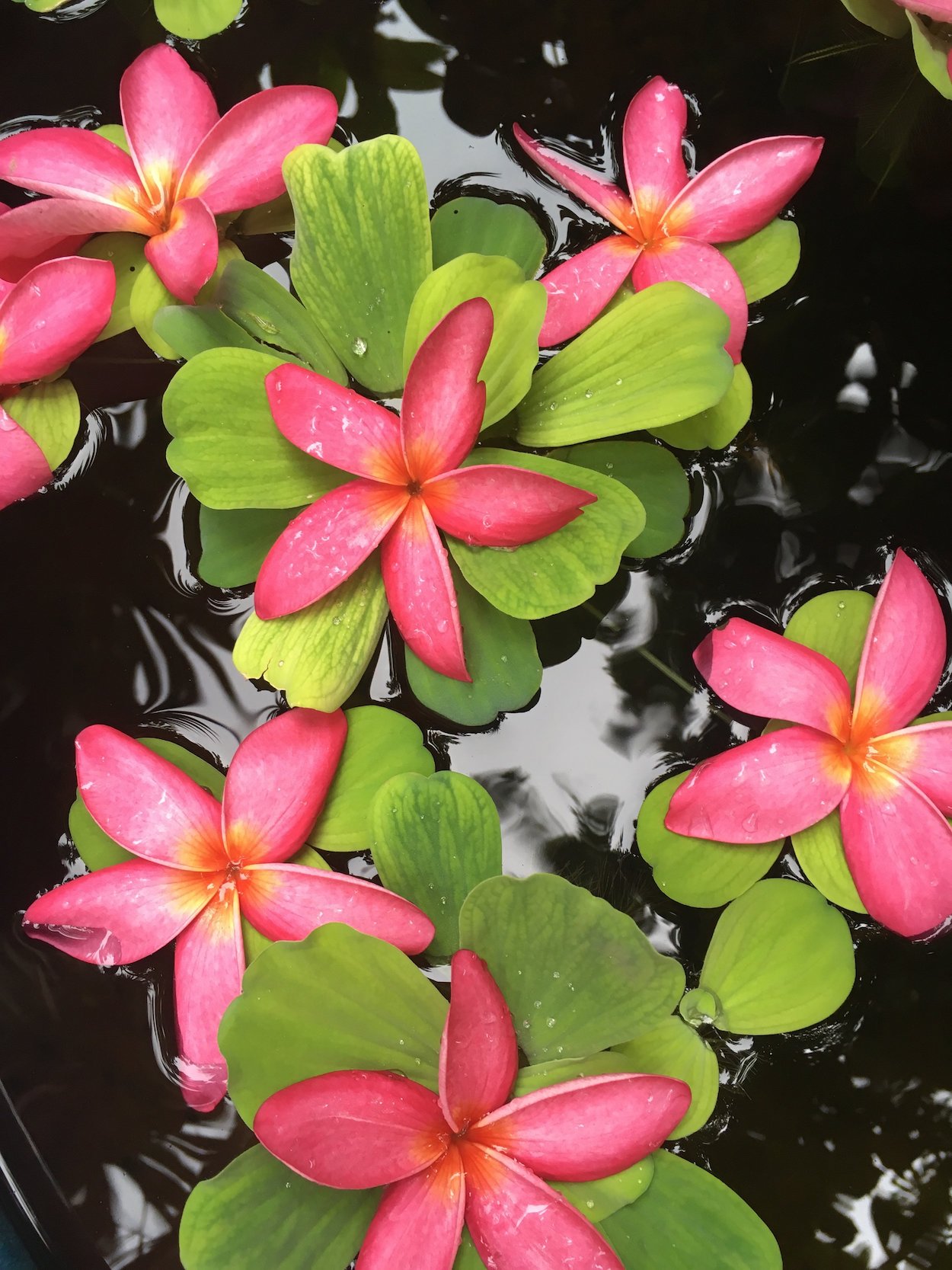