Our first excursion from Hanoi was a two day / one night cruise to nearby Halong Bay. Halong Bay features thousands of limestone islands (some explorable, others not) and is a major tourist destination in Vietnam. Tons of companies offer bus transportation and overnight cruises from Hanoi to the bay. We went with a cruise recommended by friends (again, thanks to John and Rachel - our expert Asia travelers!), and had a great time. This trip is well summarized by the beautiful scenery, so here are the highlights and lots of photos! 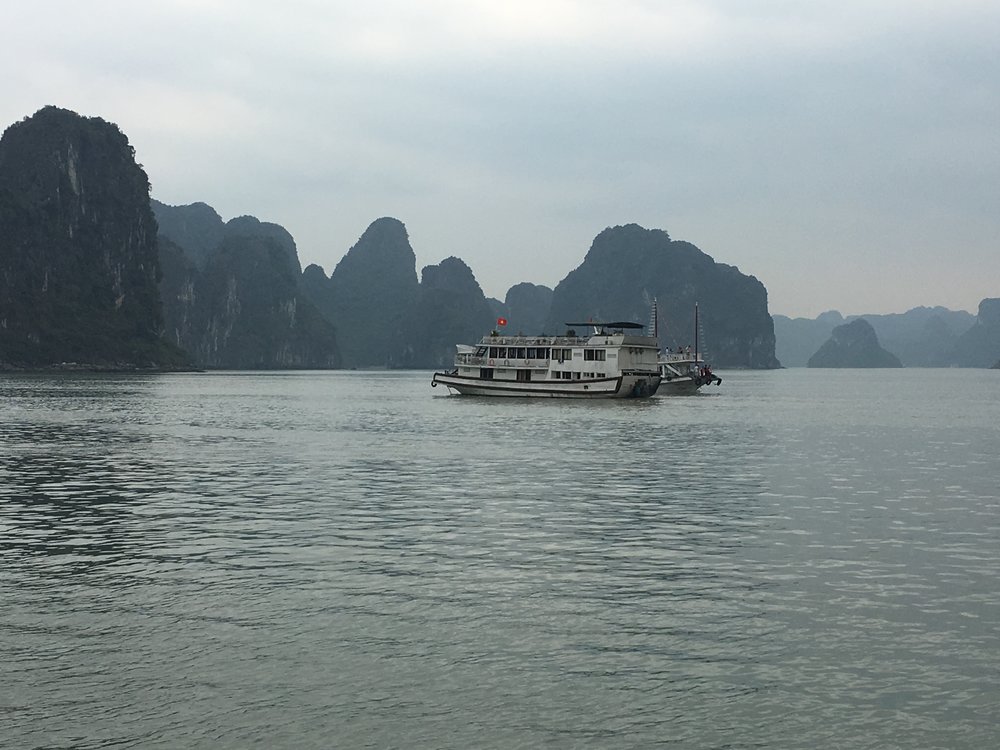 Most of the cruises are on what are known as “junk boats”, which have cabin space for 12-20 people (we did see some that were bigger, but not sure how big they get). We had a comfy little room with a bed and a shower on the bottom deck, and had great views of the bay with space to lounge on the top deck. Since there are so many simultaneous tours, the bay is full of junk boats at any given time. This is a photo of our boat from afar! 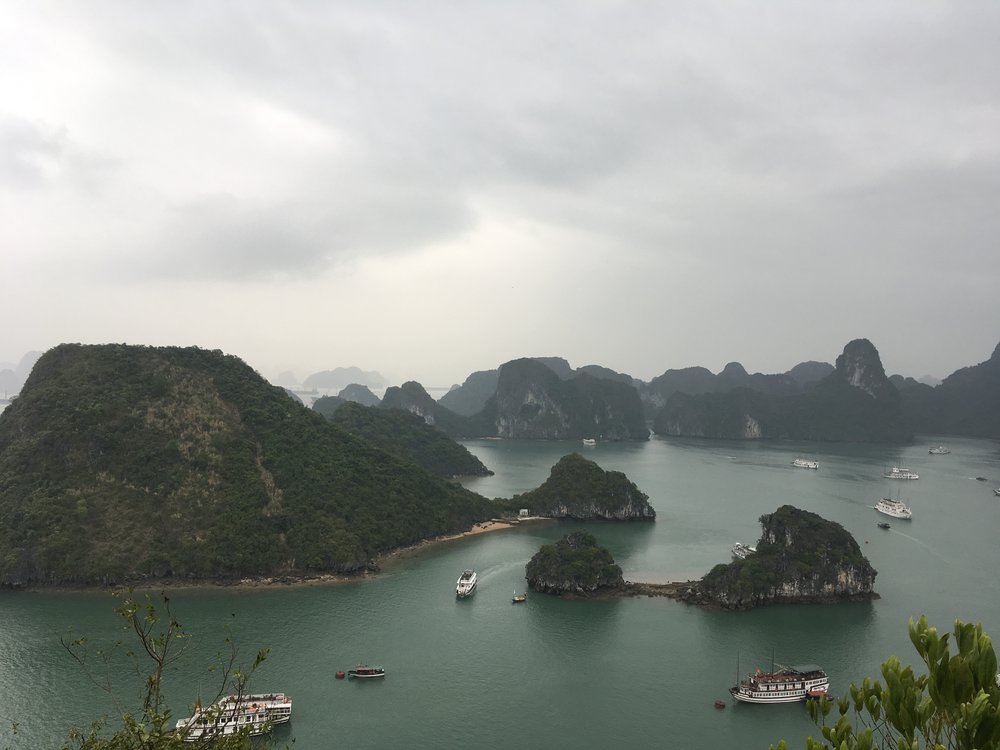 We had the best opportunities to check out the views and scenery while hiking on the islands and kayaking in the bay. Our guide was careful to (wake us up early) and bring us to the islands at times that weren’t as popular with the other boats so we wouldn’t have to deal with as many crowds. We also kayaked in a fairly remote area around an island, and that was really cool too! 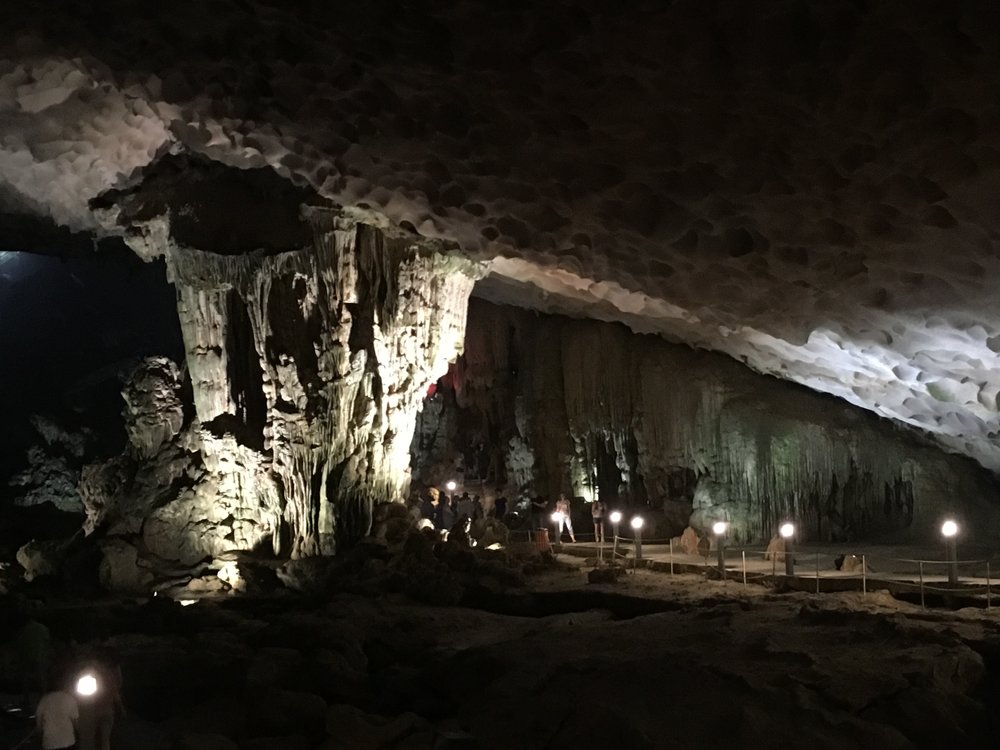 I’ve seen some caves in my day, but nothing can quite compare to these (well, maybe until the ones we toured in Ninh Binh, more on that later). We explored a number of caves - some well maintained with lit paths (like this one), and others more remote (and requiring iPhone lights to navigate).

Here are a few other photos from the trip! 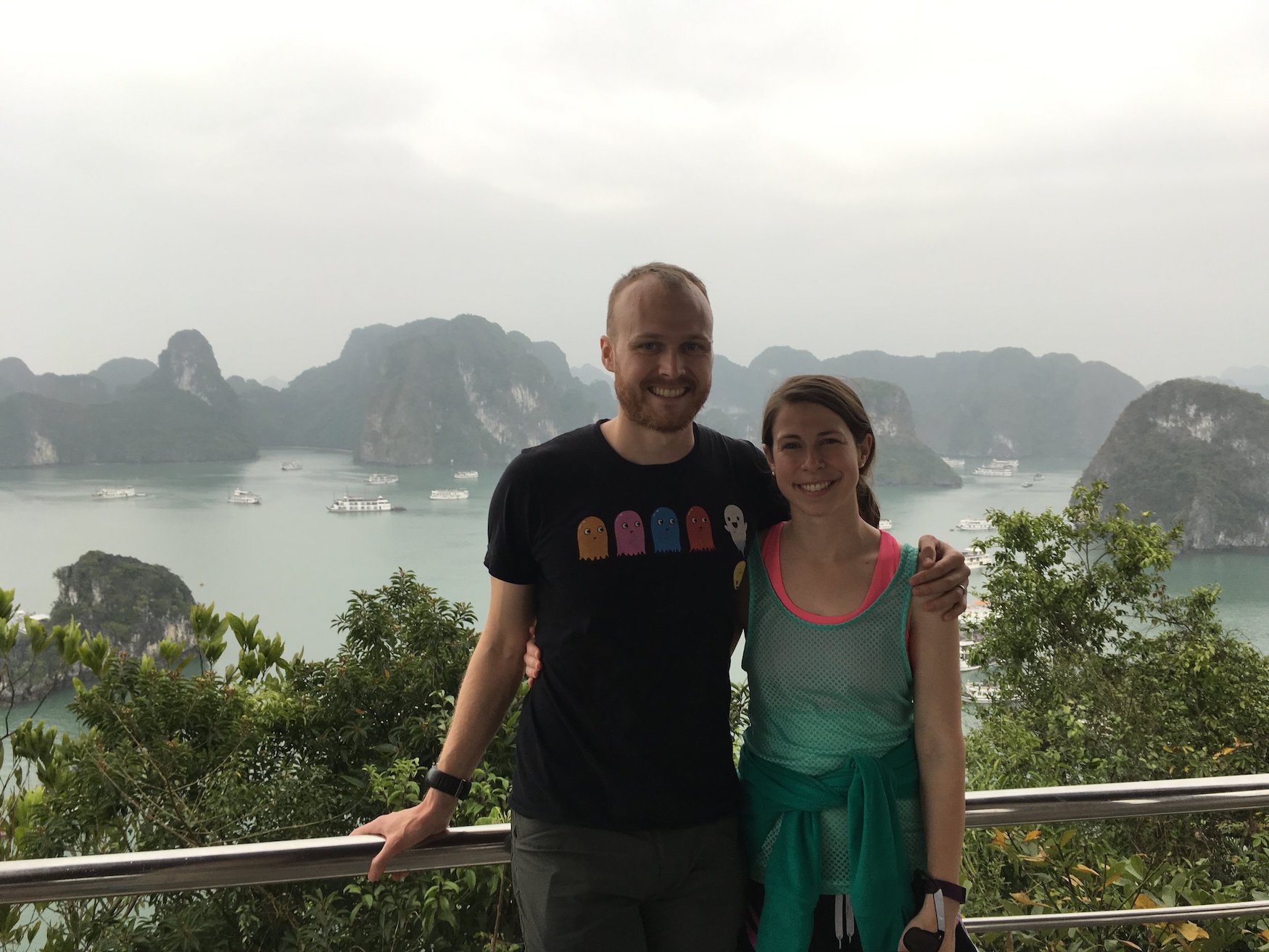 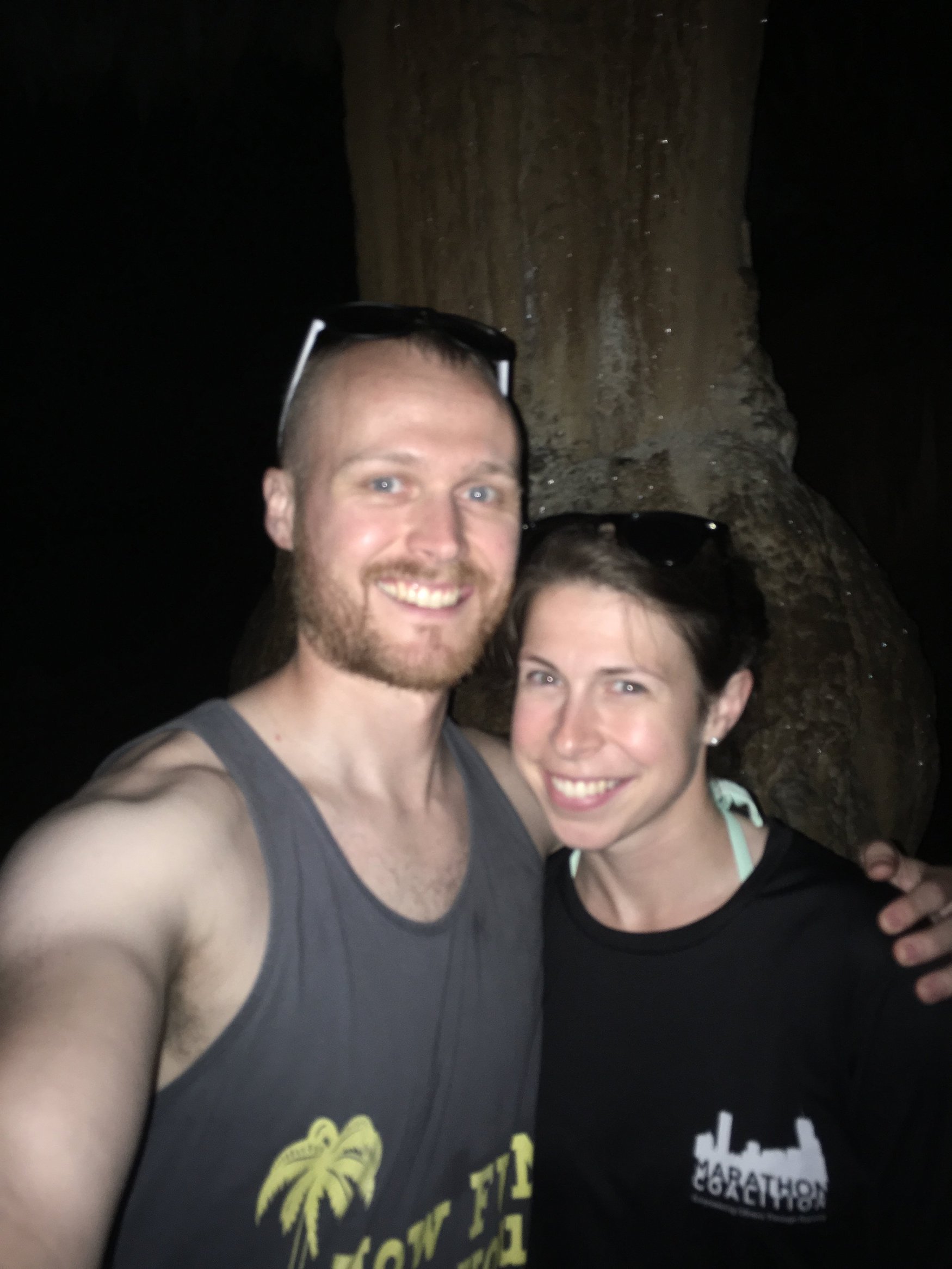 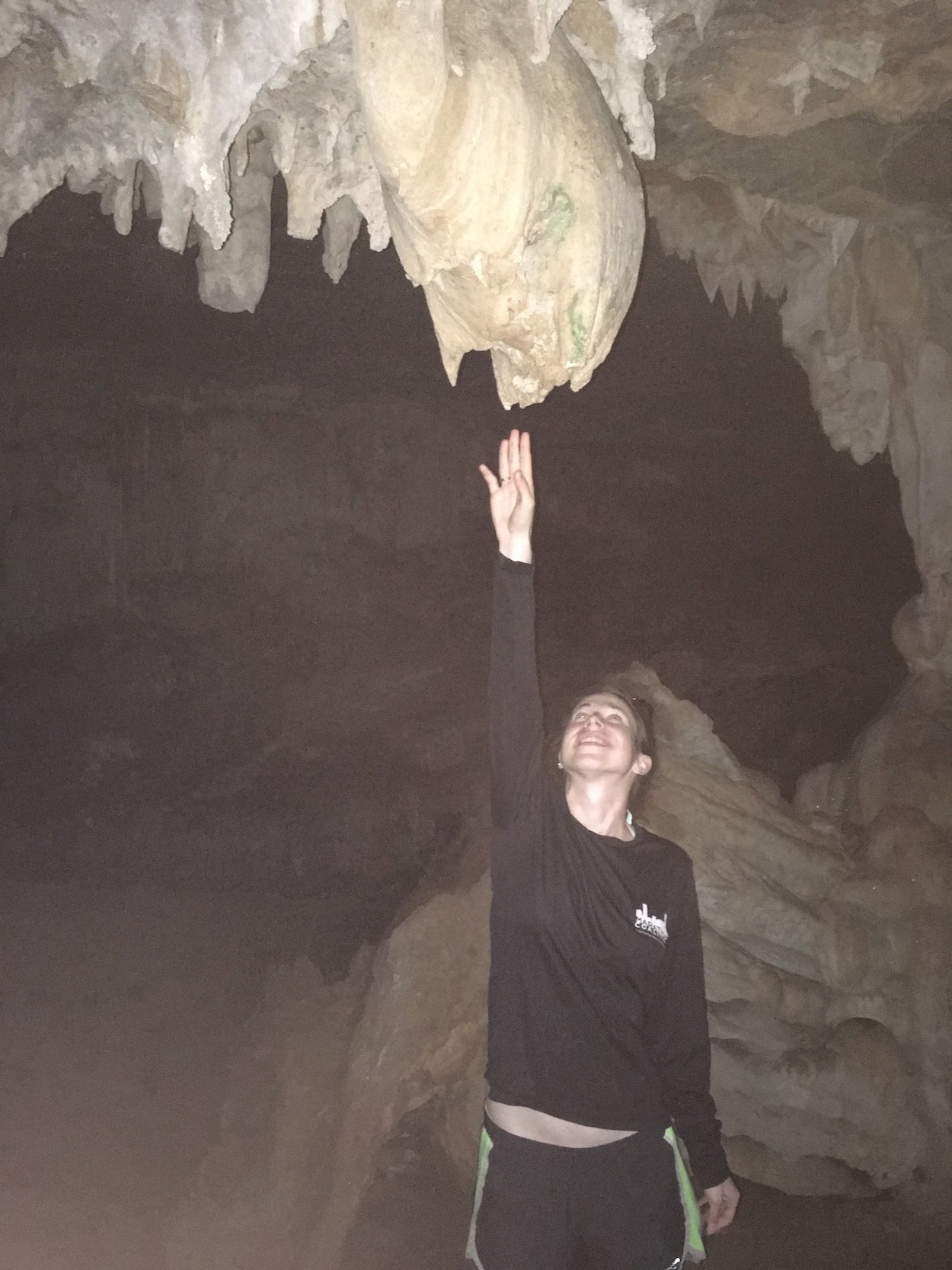 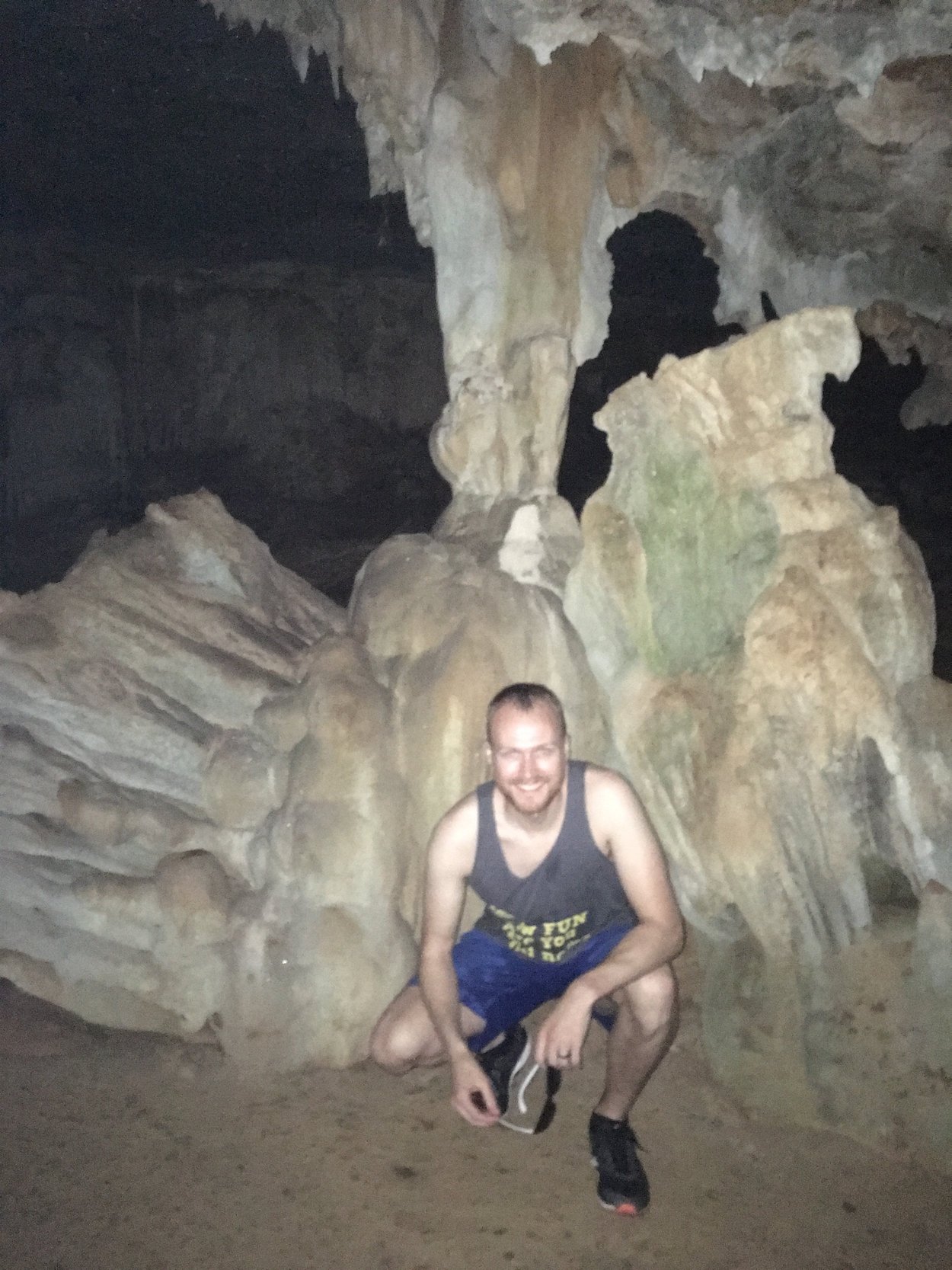 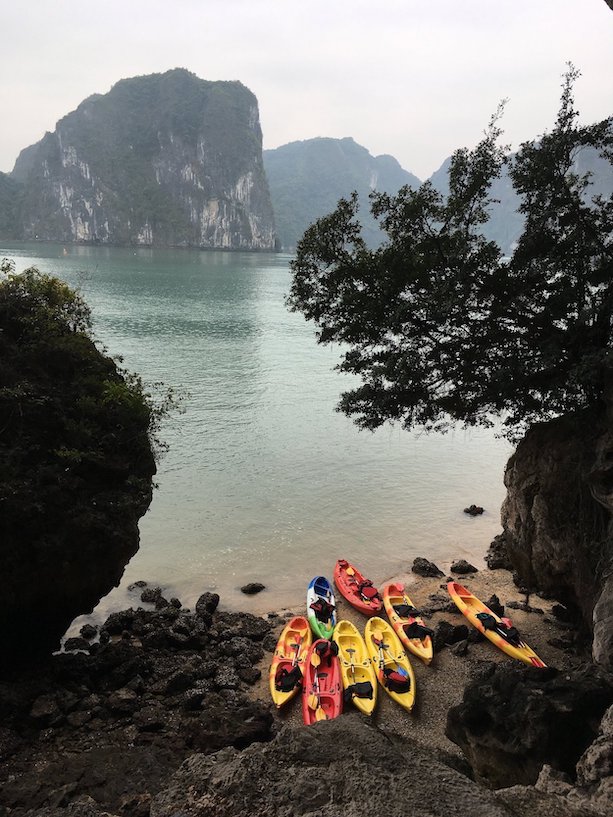 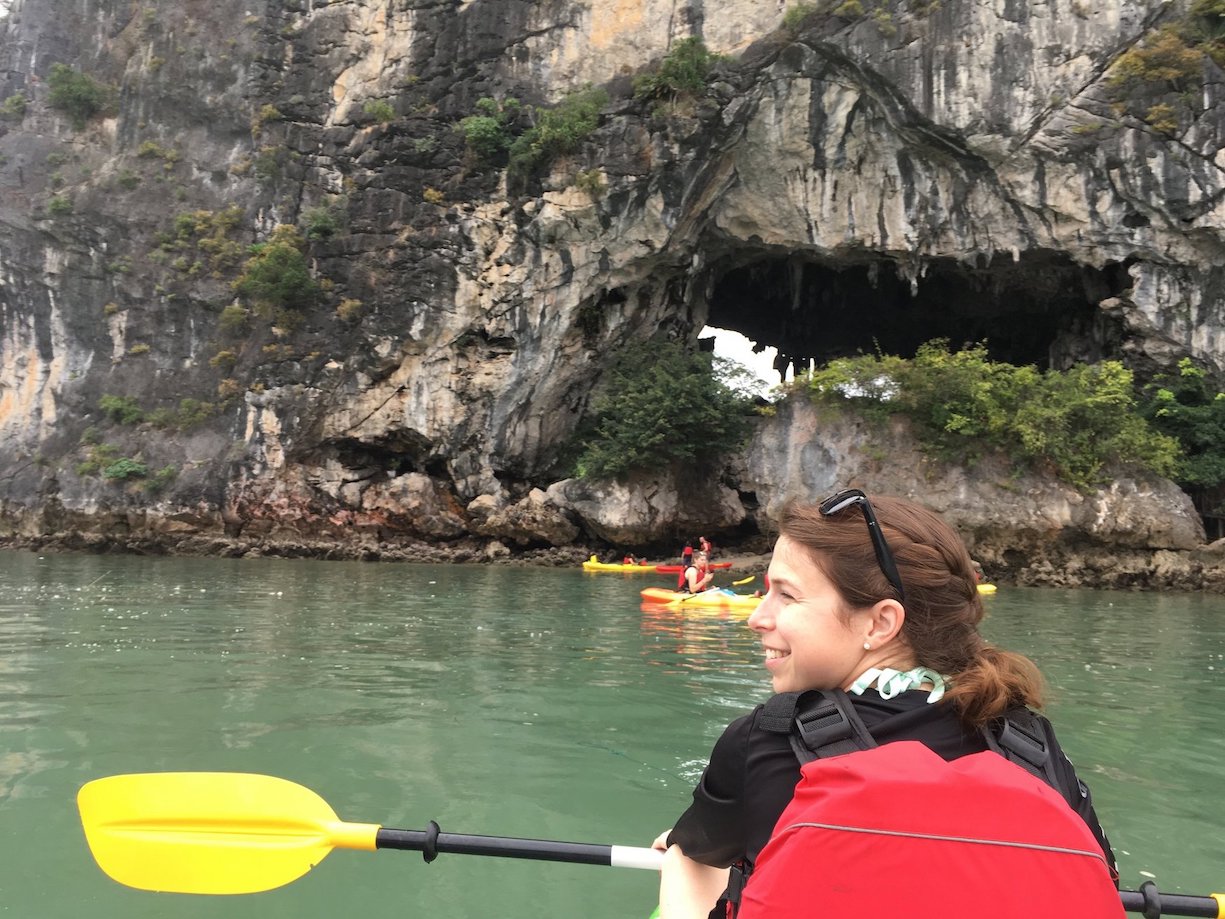 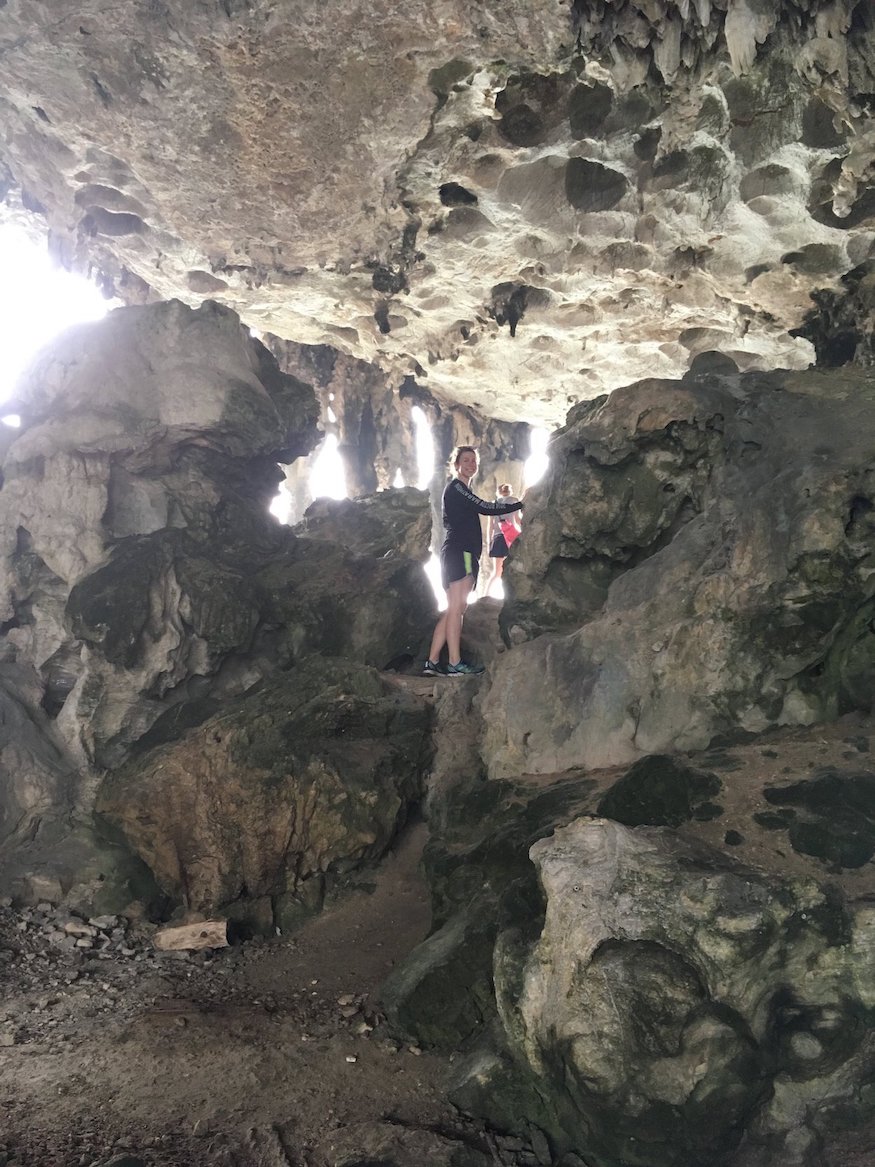 Finally, I’d be remiss if I didn’t mention how wonderful our tour guide (“Lala”) was throughout the trip. In Vietnam, we had some great tour guides, but Lala was by far the best. She was young - 24 years old (which made her younger than everyone on the tour, who ranged in age from about 28-35) - and dubbed herself the “little sister” of our tour “family”. She also continually referred to an older, somewhat gruff Romanian man as “Papa Bear”, which everyone (even eventually Papa Bear) thought was hilarious. Lala kept us entertained with stories of her experiences in Vietnam on motorbikes, at weddings, and with her family (my favorite anecdote was when she told us about introducing her Belgian boyfriend to her family, which prompted her aunts to ask: “Are all of the Vietnamese men in Hanoi dead?”). She even sang us a few songs (including, of course, Hello Vietnam.) Anyways, shoutout to Lala!