This will be my final post on China (we’re currently in Vietnam, and there’s a bunch of cool stuff I’d like to start posting about from our travels here!) So in order to wrap up, I’ve compiled a list of strange, interesting, and special things seen and heard during our time in China. 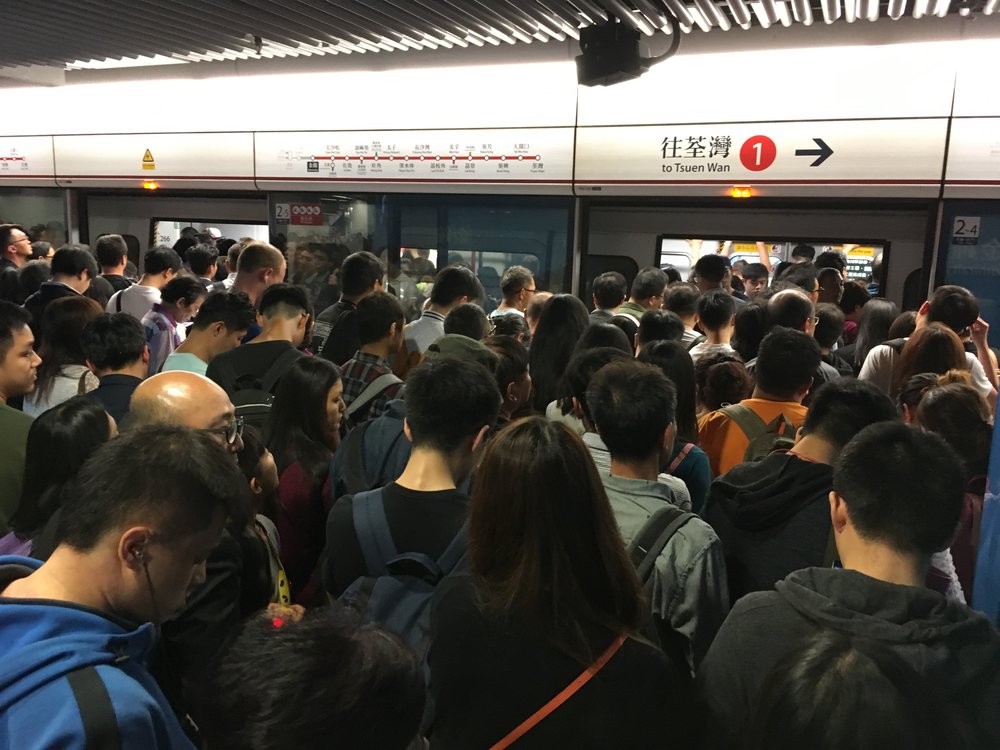 People. So Many People.

Yes, China is a country of over 1 billion people, so I expected it to be a bit crowded. If you need a visual of what crowded looks like, check out the swarm of people we were part of while waiting for the subway in Beijing during rush hour. 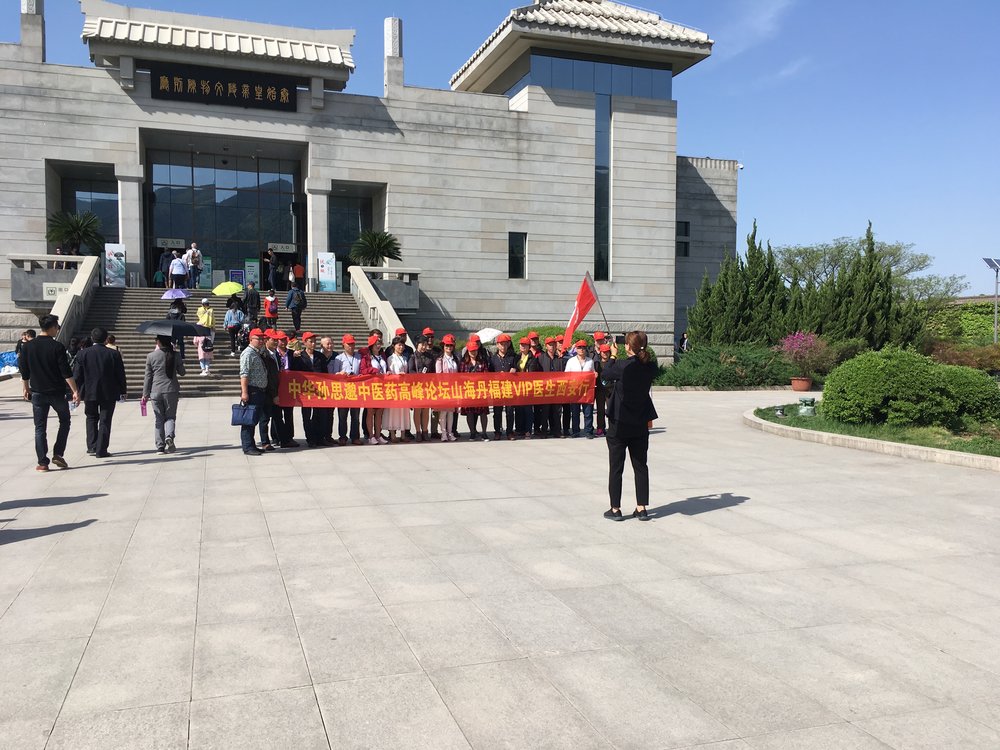 Seems like we would be the obvious tourists here, but if you looked quick, you’d probably be more likely to spot the tourist groups waving flags, wearing matching hats, or yelling to each other to gather up for a group photo. There were tourist groups all around the cities, and the major attractions were packed with them. Most seemed to be Asian/Chinese groups, though we did see a couple smaller European groups. 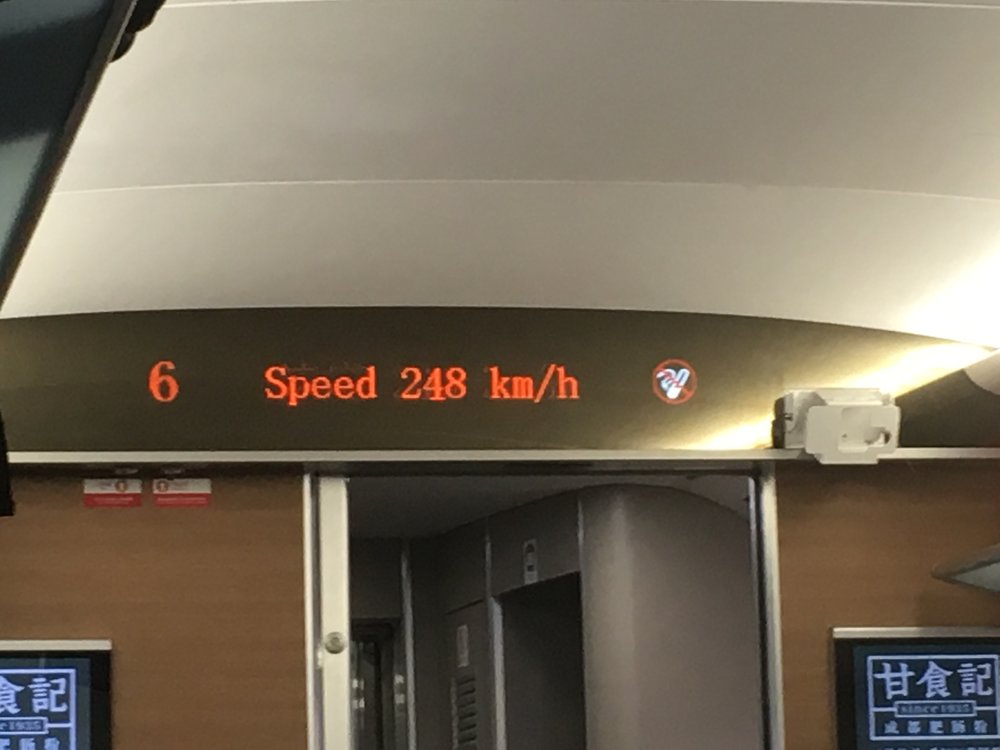 China has the train system down. They’re clean, fast, smooth, and relatively cheap. Not sure what’s going on in the US, but we never really nailed the railway system like in China and Europe. 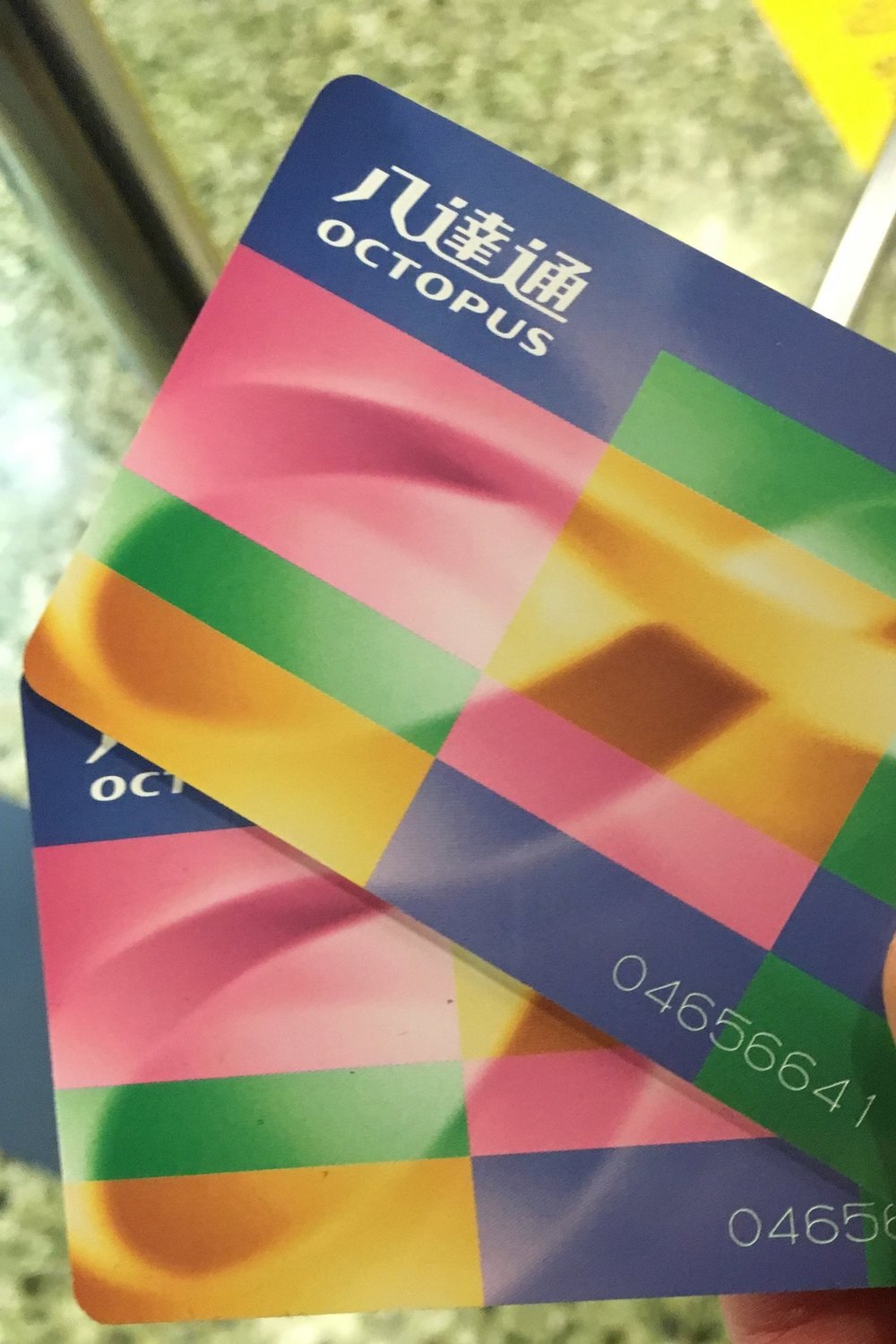 Ok, so these cards are actually from Hong Kong - they’re called “octopus” cards and you can pay for so many things with them! The metro, 7-11, entry into the horse track, etc. Kind of like a city-wide debit card. In China, WeChat is everywhere; same idea, except even easier because you pay for everything with a QR code on your phone. 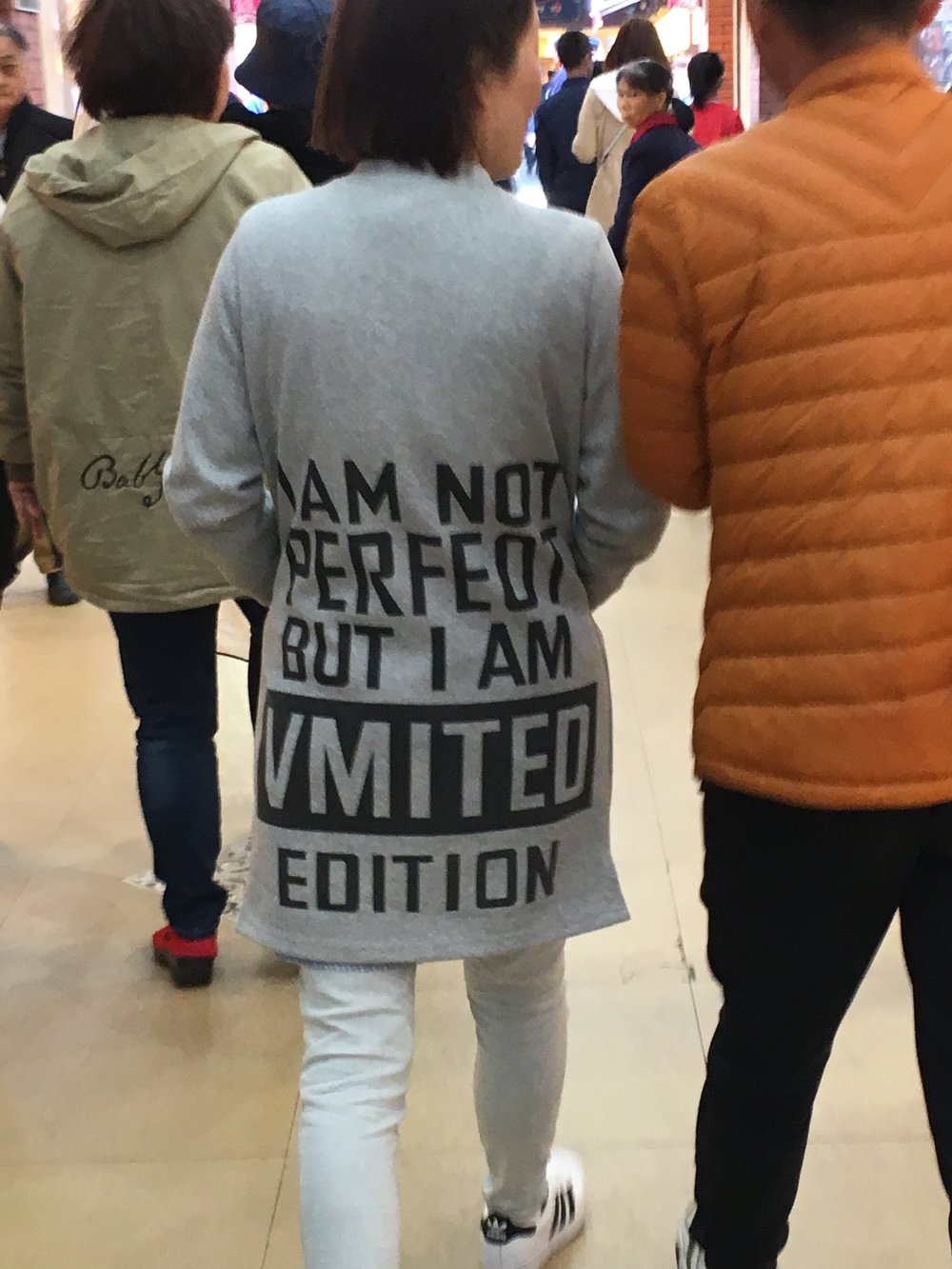 Weird Misspelled Apparel in English. (1 of 4)

“I AM NOT PERFECT BUT I AM VMITED EDITION” 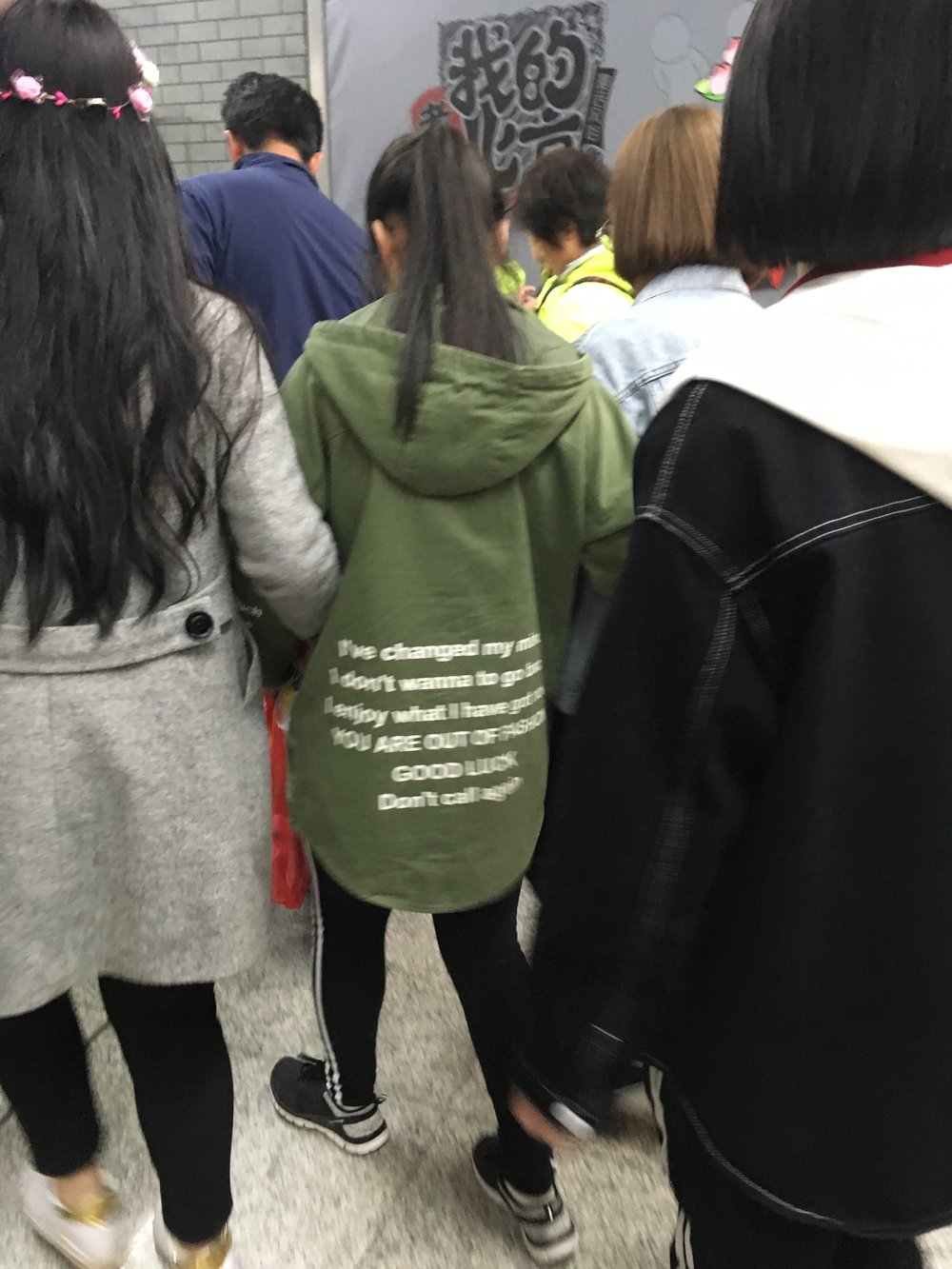 Weird Misspelled Apparel in English. (2 of 4)

This is blurry, but here’s the text:

I don’t want to go bro

YOU ARE OUT OF FASHION 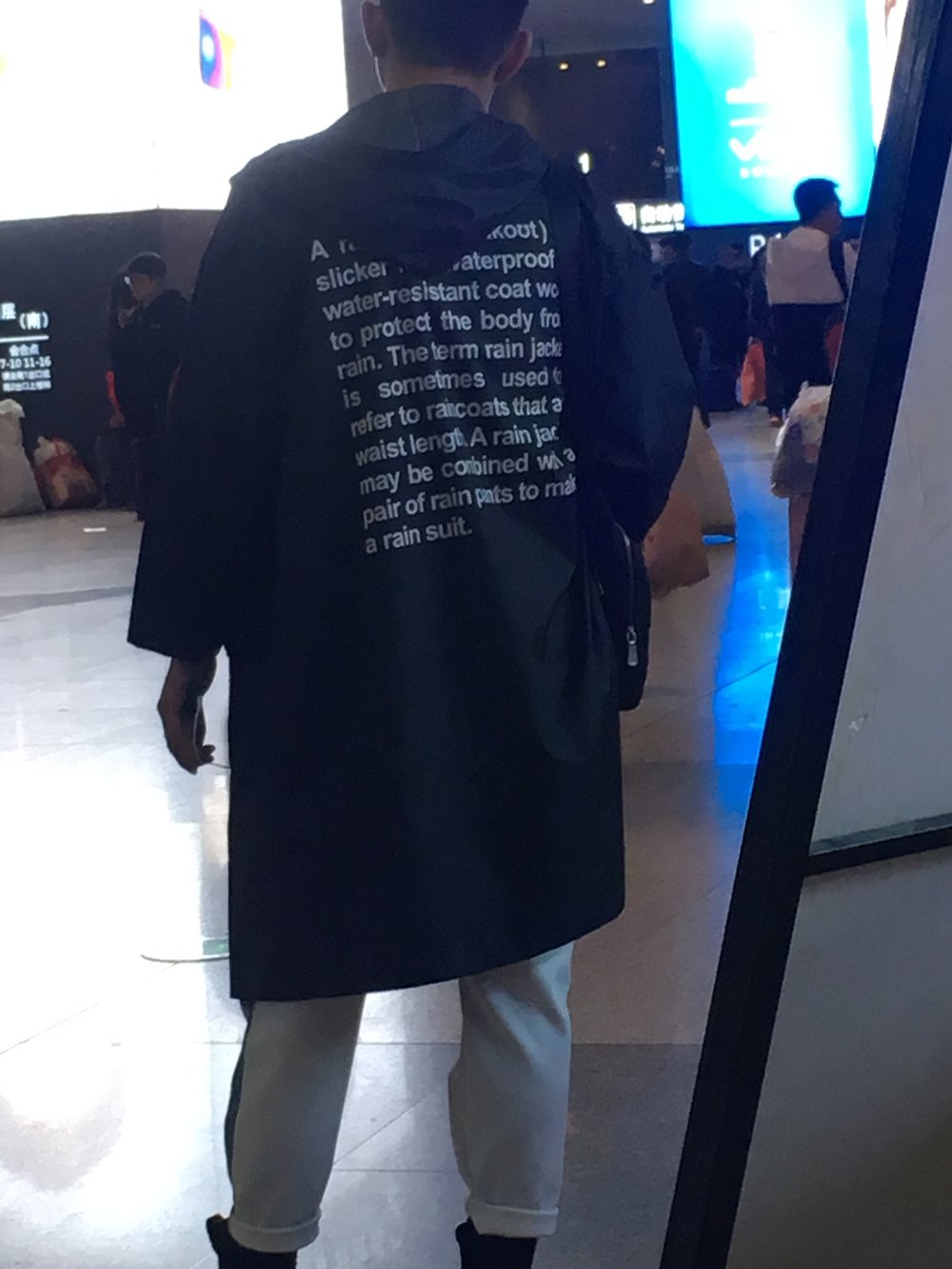 Weird Misspelled Apparel in English. (3 of 4)

“A raincoat (n.) slicker waterproof water-resistant coat worn to protect the body from rain. The term rain jacket is sometimes used to raincoats that are waist length. A rain jacket may be combined with a pair of rain pants to make a rain suit.” 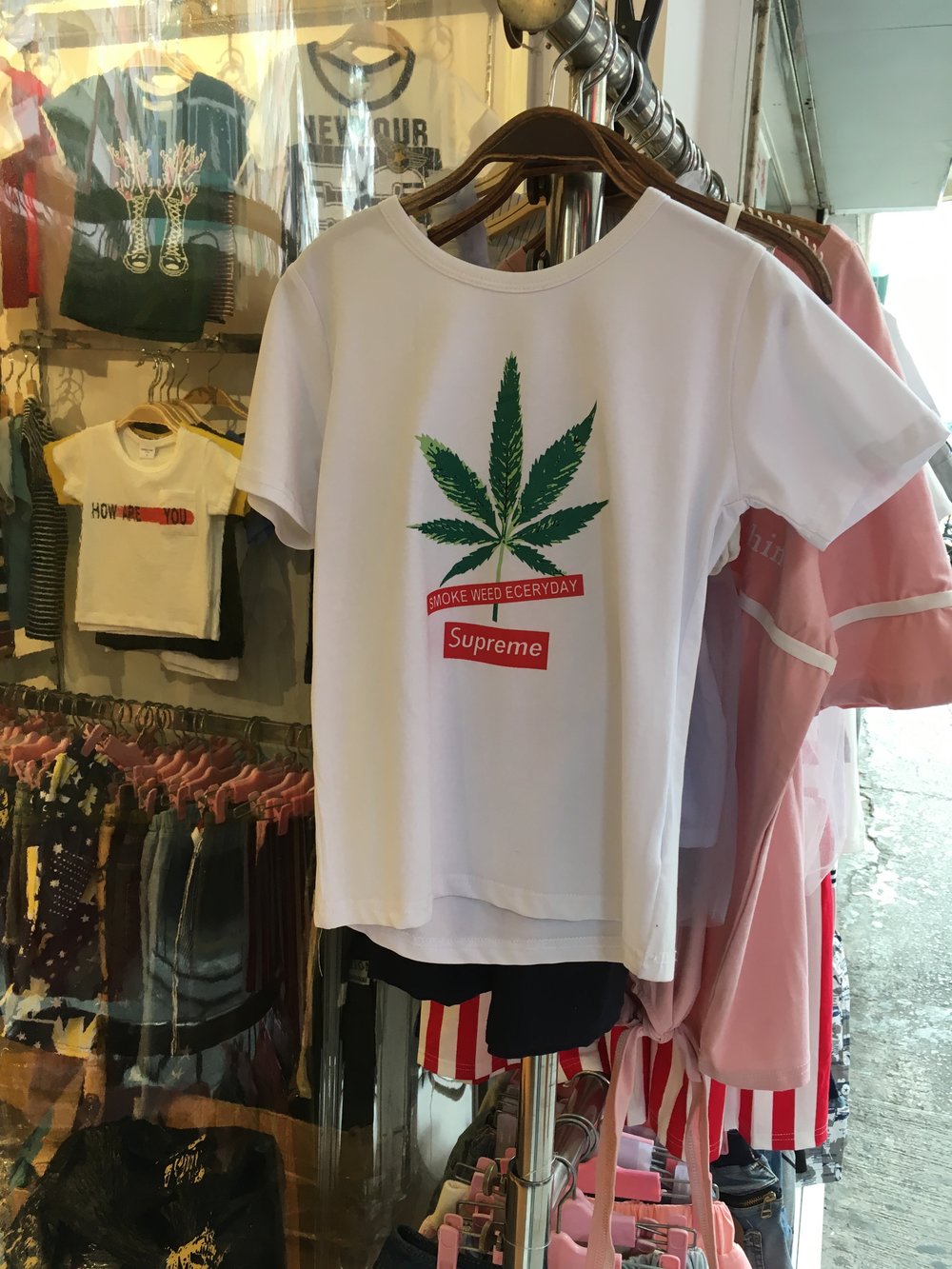 Weird Misspelled Apparel in English. (4 of 4)

Last one… note that this was a shirt for a toddler. 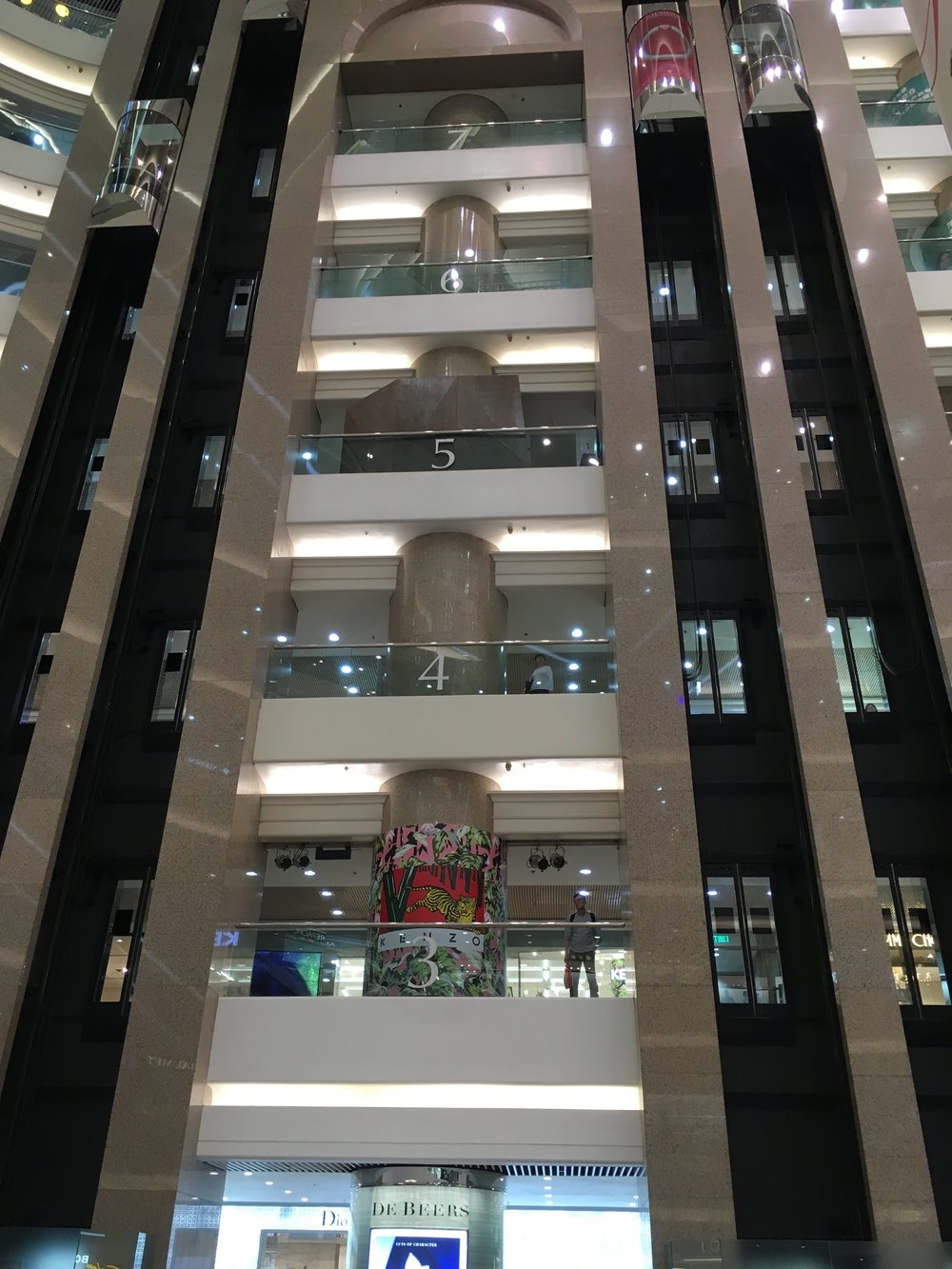 I’ve never seen so many large shopping centers. Everywhere we went, there was a 5+ story mall. This photo is of a medium-sized 7 story mall. I guess there needs to be somewhere to shop for clothing that includes rough English translations. I can’t exactly explain this one, but there were bicycles transporting cardboard everywhere. I’m assuming that they were bringing the load to a recycling plant somewhere, but these cardboard-laden bikes had a tough time maneuvering down the sidewalks. 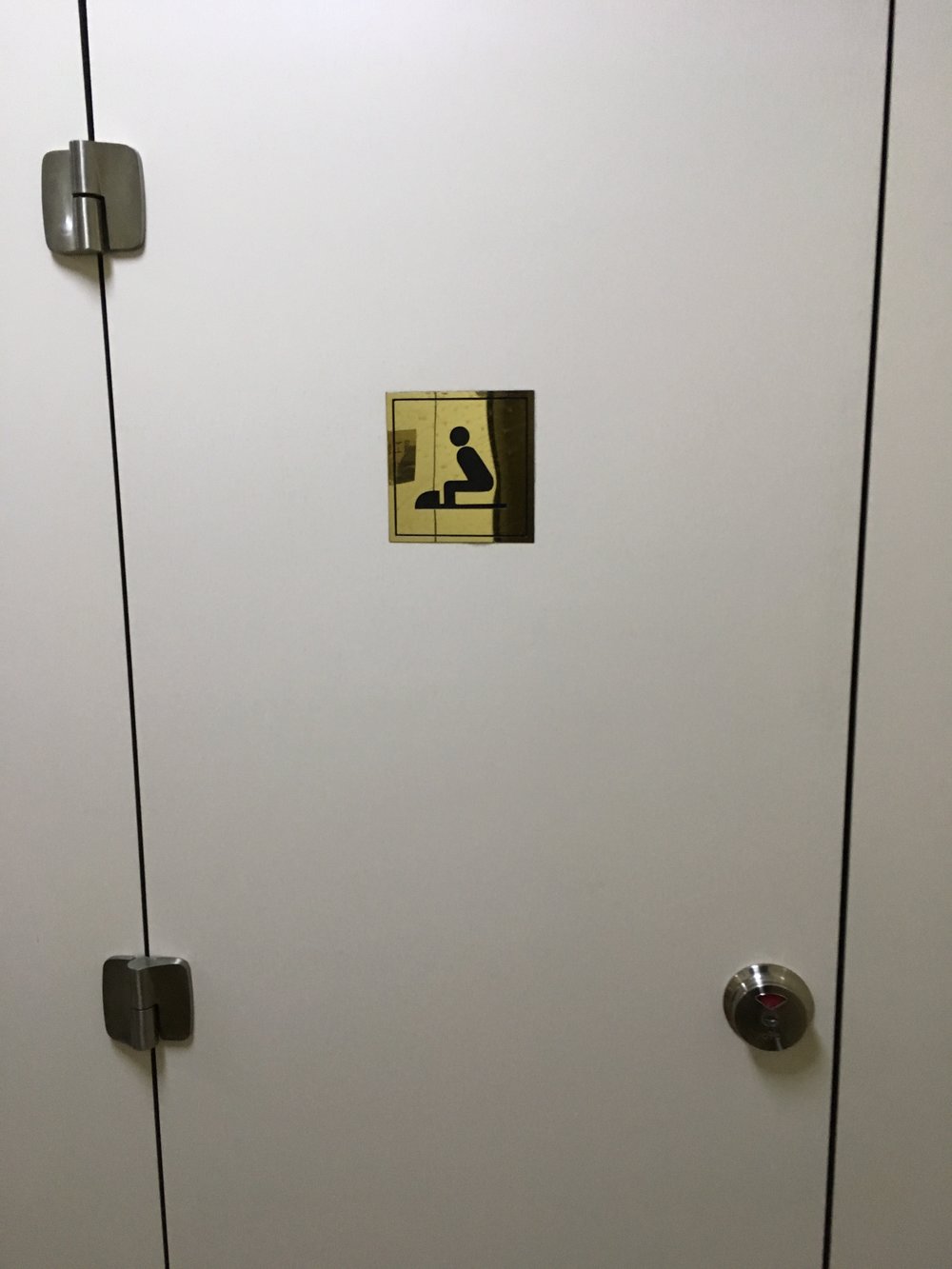 I desperately avoided these, but sometimes there wasn’t a choice. Luckily, in some places, the bathroom doors were labeled with which kind of toilet you would find inside. The vast majority were squatty potties. 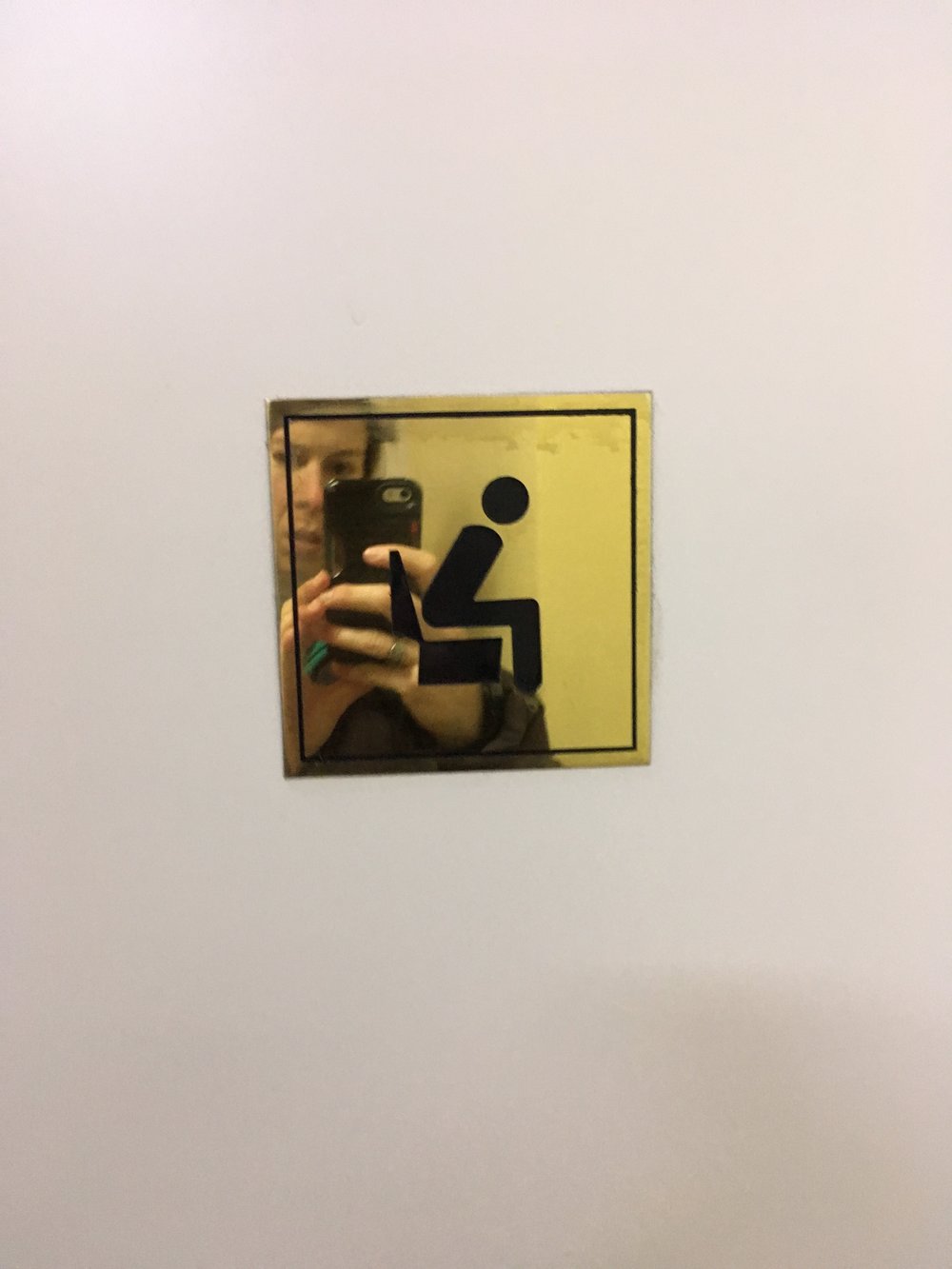 Few and far between.

(Ignore my reflection in this one…)

Sometimes you would get lucky and find a real toilet! In this particular instance, I was in a bathroom in the Forbidden City and there were about 20 total stalls. There was only a single stall at the end with a regular toilet (don’t worry, I found it). 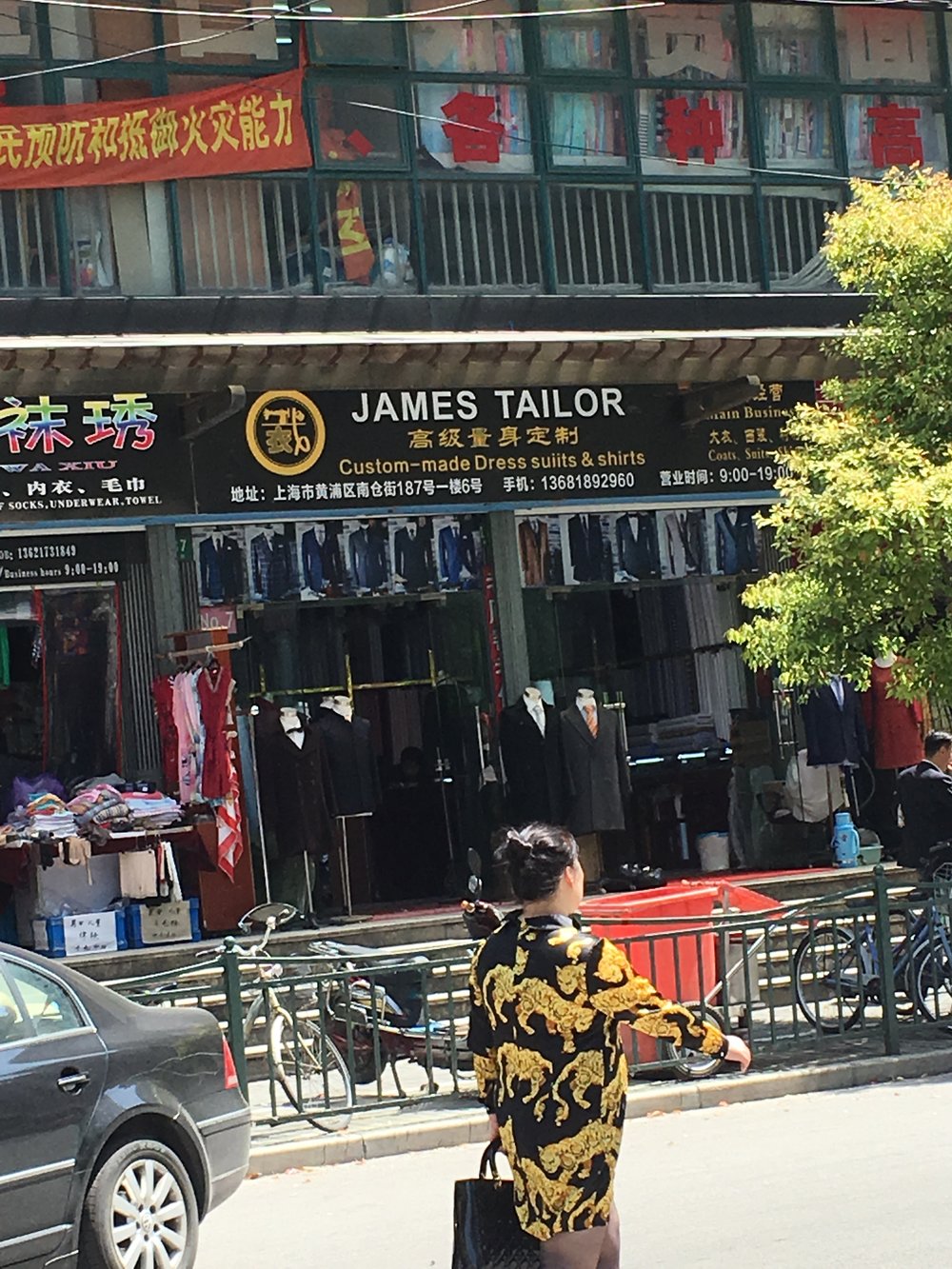 “James Tailor” is a tailoring shop in Shanghai at the South Bund Fabric Market. Clever. 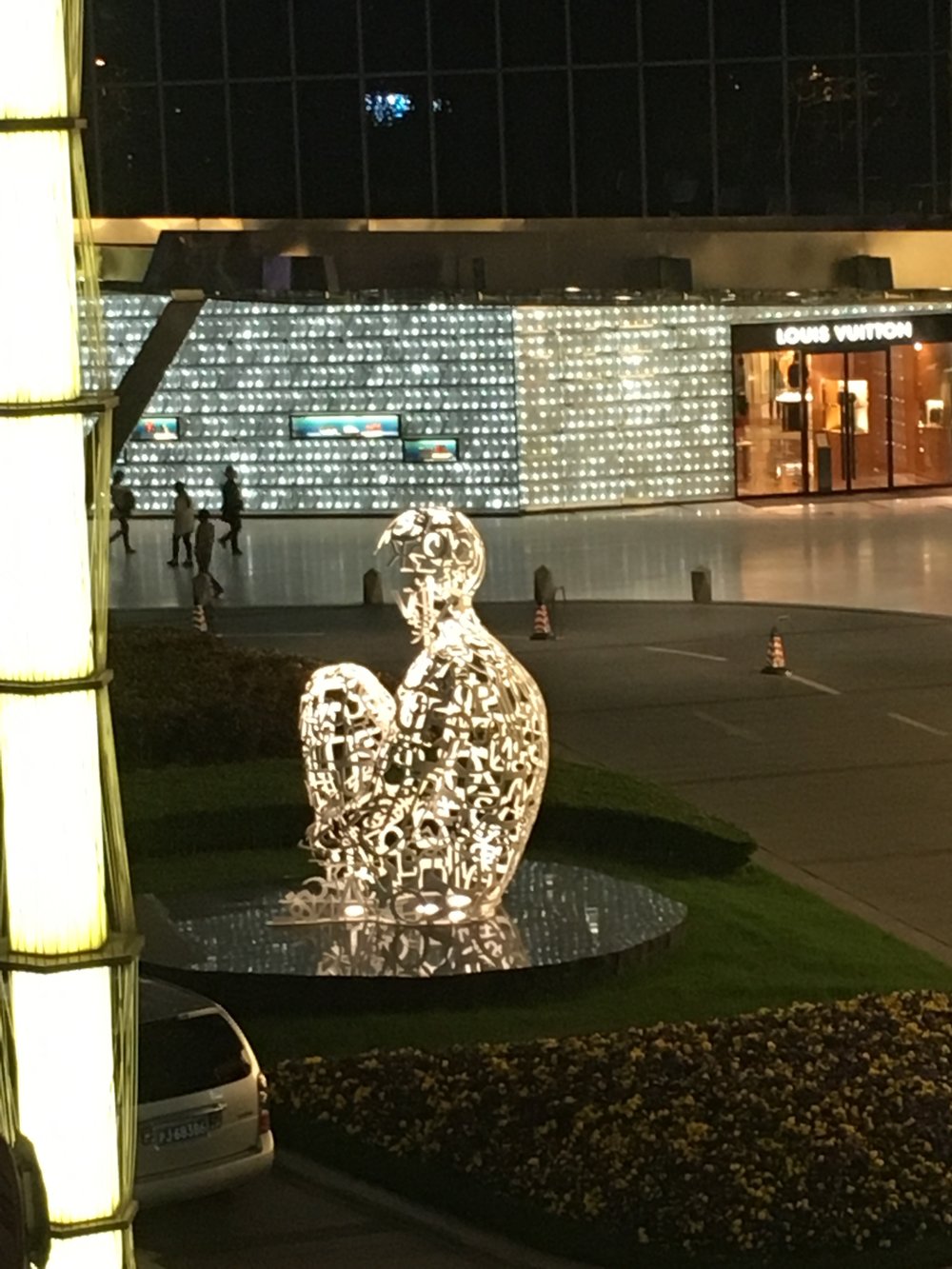 A little piece of MIT.

Anyone recognize this statue? Found in Shanghai. 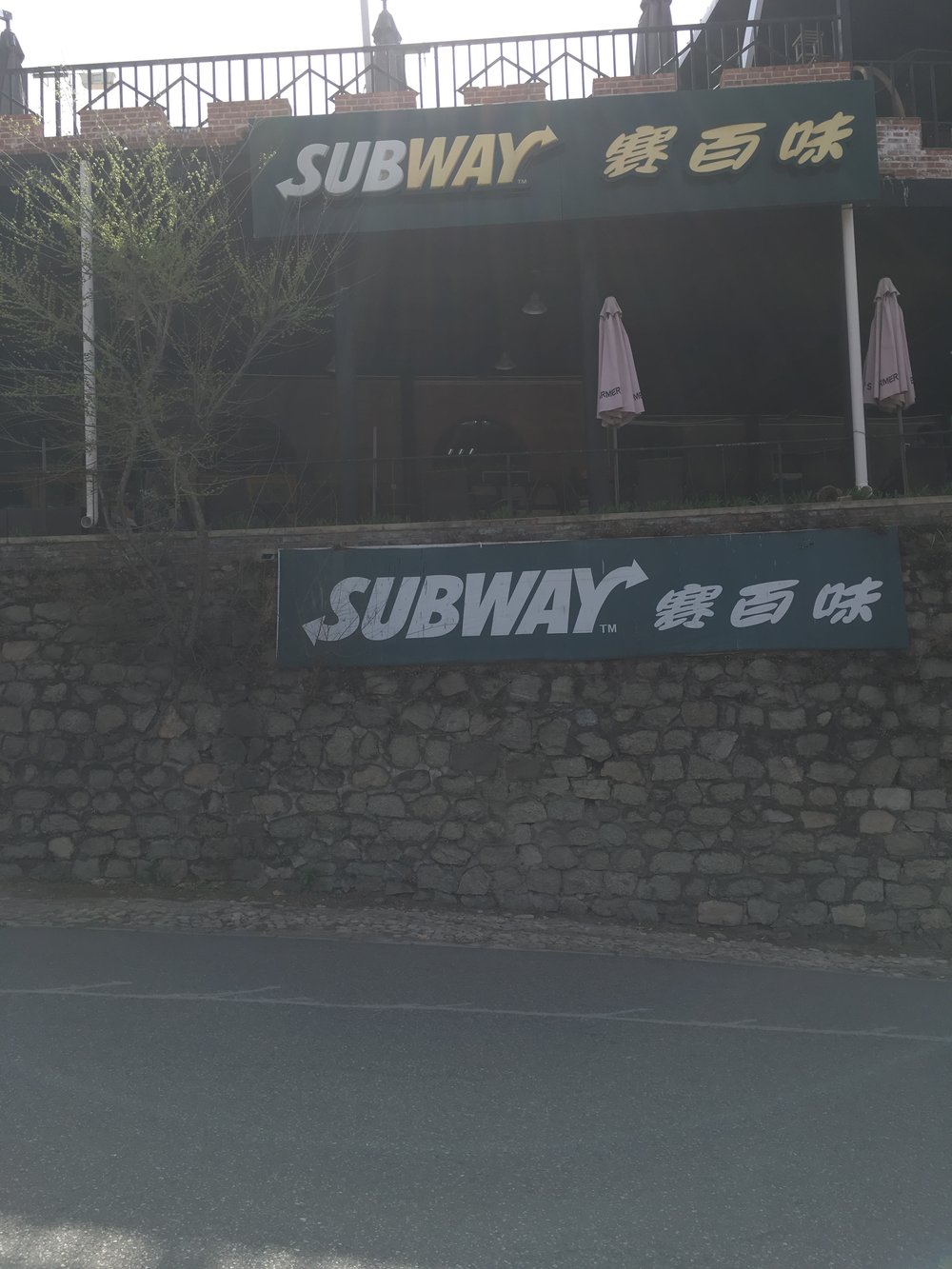 Did you know that Subway has the most restaurant locations in the world? (If you’re interested in the numbers - Subway has 24K and McDonalds comes in second with 14K). This is a Subway right next to the Great Wall, looking real out of place. 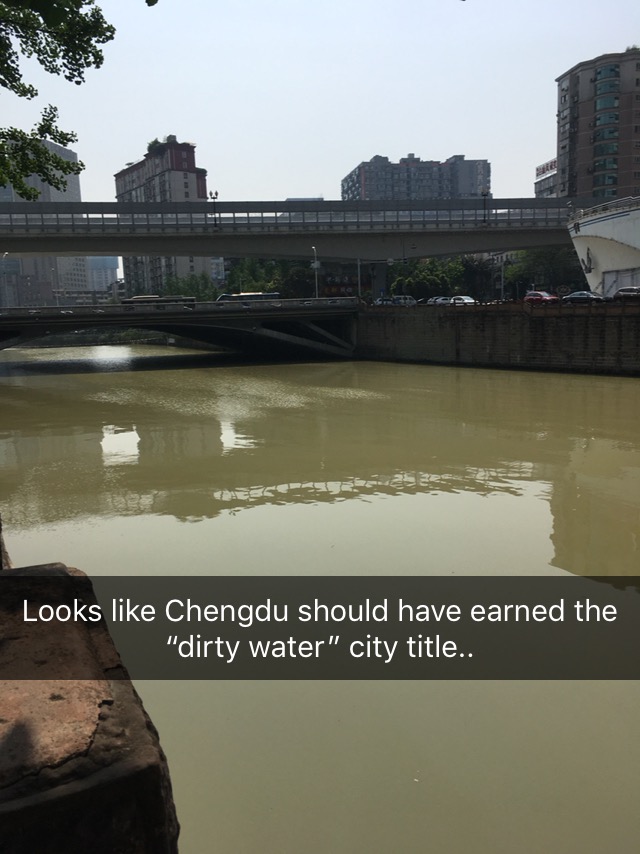 Dirty air, dirty water. This one speaks for itself. 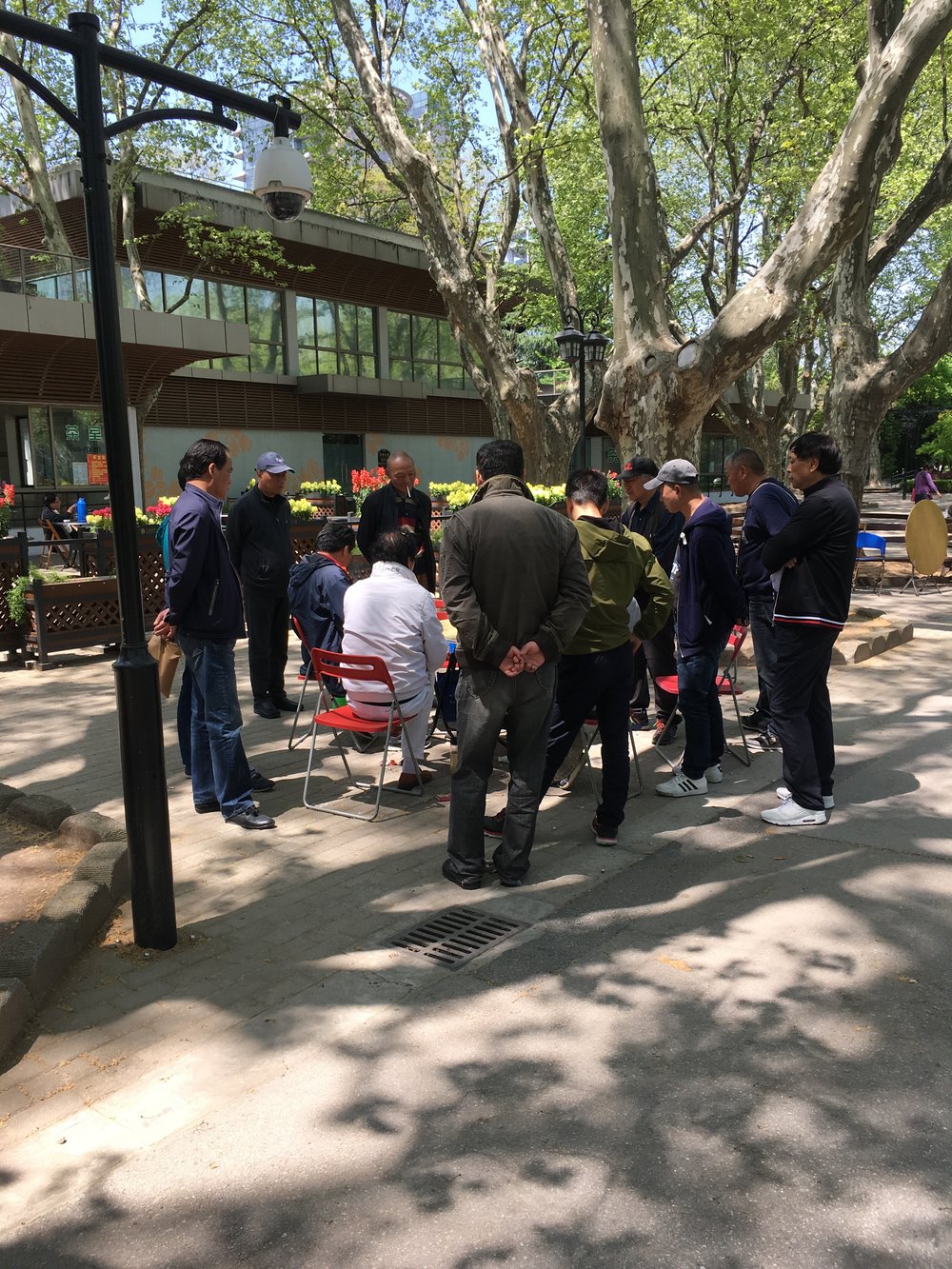 Parks had all kinds of activities going on throughout the day, which made them extra fun to explore. This photo is of a card game with a bunch of onlookers - cards seemed to be a popular outdoor activity with the locals. 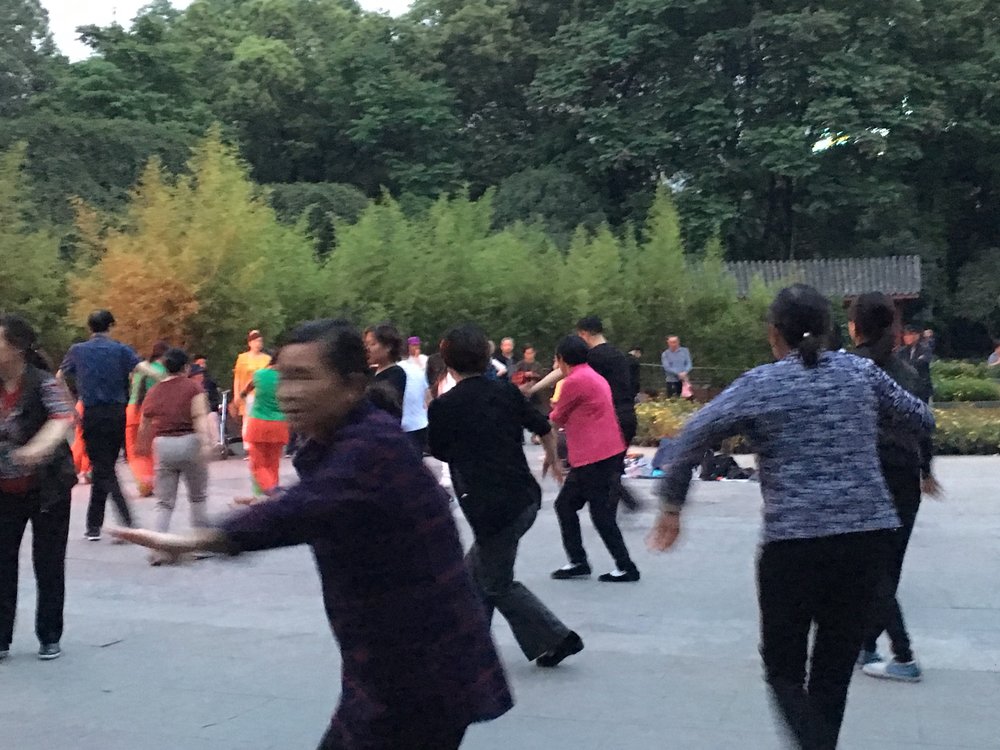 Here’s a group of a few dozen people dancing in the park one evening. Check out the video below!

Lastly, a video to show sheer mass of people moving around the city and the really intense subway system. This is a time lapse video of us traveling from one subway line to another within a single station.