After about 9 days between Shanghai and Beijing, we went rapid fire through three additional cities before moving on to Vietnam: Xi’An, Chengdu, and Hong Kong. Xi’An and Chengdu had specific attractions, while Hong Kong was a convenient stop over from China to Vietnam. These quick stops had some nice surprises, and we learned that sometimes you don’t always need to make it to every attraction (to keep your sanity).

We planned a quick 24 hours in Xi’An. The main attraction in Xi’An is the terra-cotta warriors, built over 2000 years ago to protect the first emperor of China in his afterlife (Wikipedia: Terracotta Army - https://en.wikipedia.org/wiki/Terracotta_Army). We took an early morning train from Beijing and went straight to the warriors when we arrived. The logistics of getting there turned out to be more complicated than expected, so it was good that we had dedicated an entire afternoon to what was only about a 1-2 hour visit. The warriors and excavation sites were cool and especially intriguing because they are so old, yet discovered so recently (1974). That said, I think this is the single most crowded attraction we’ve been to. Hundreds of tour groups with thousands of people were there just to see the few pits that house the warriors. Lines to get to the railing to see up close were 5-6 deep in some spots. The crowd mentality was also in full effect - in some places, we would see a big crowd gathered around a small spot on the railing overlooking a piece of the pit and assume there was something really awesome there. We would go over and find (in some cases) literally nothing. It was kind of incredible and a would serve as a great sociology experiment. 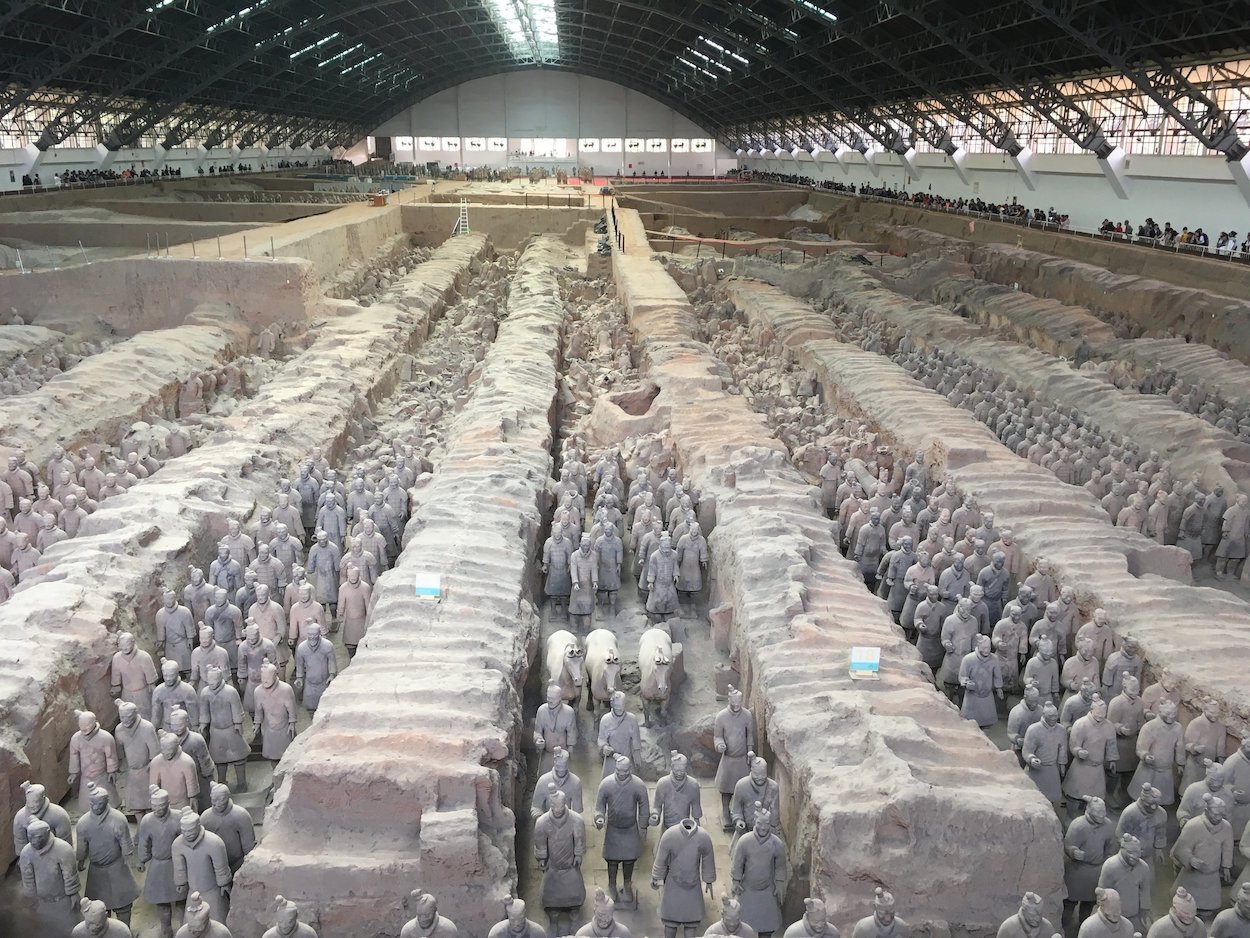 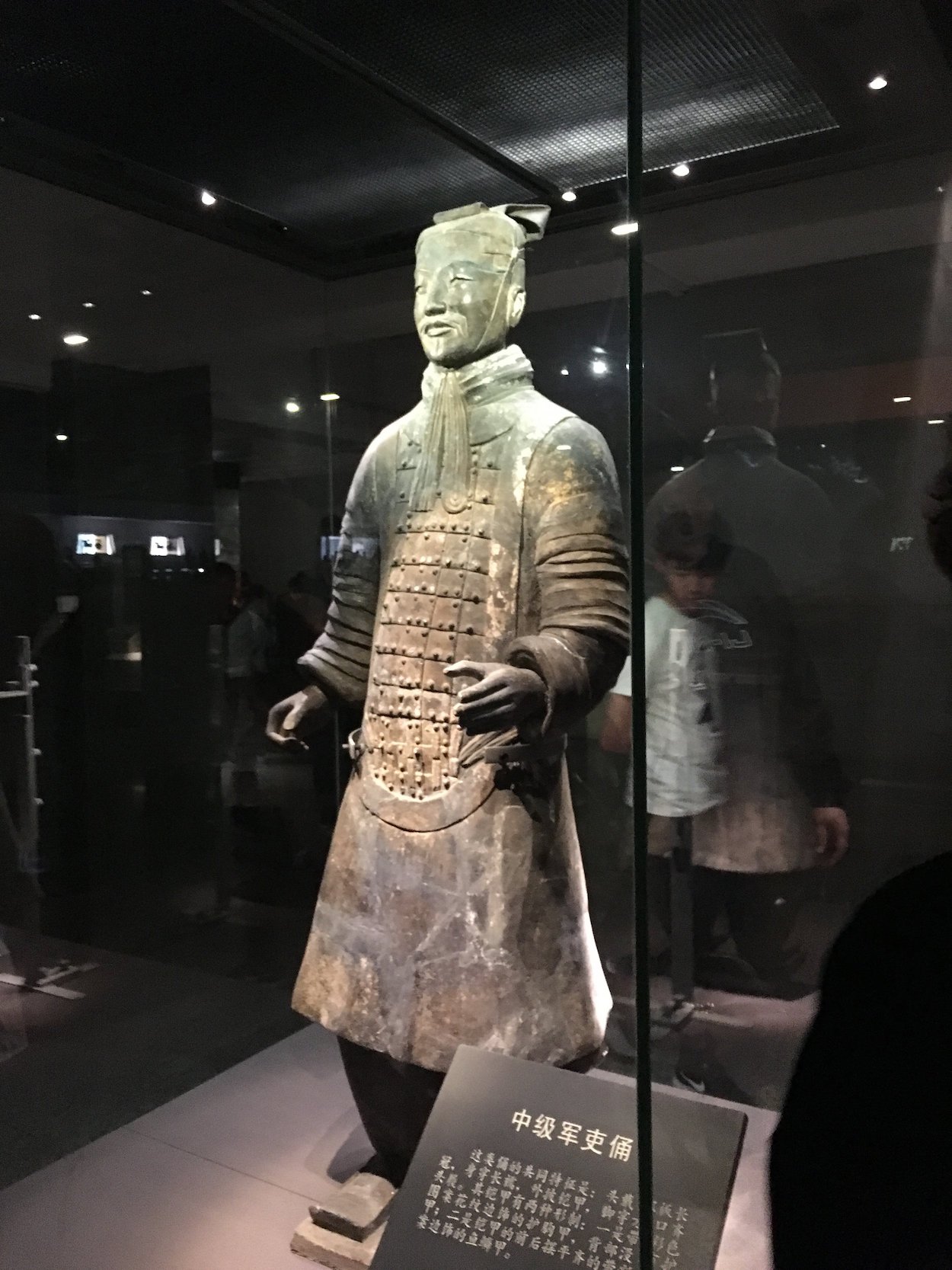 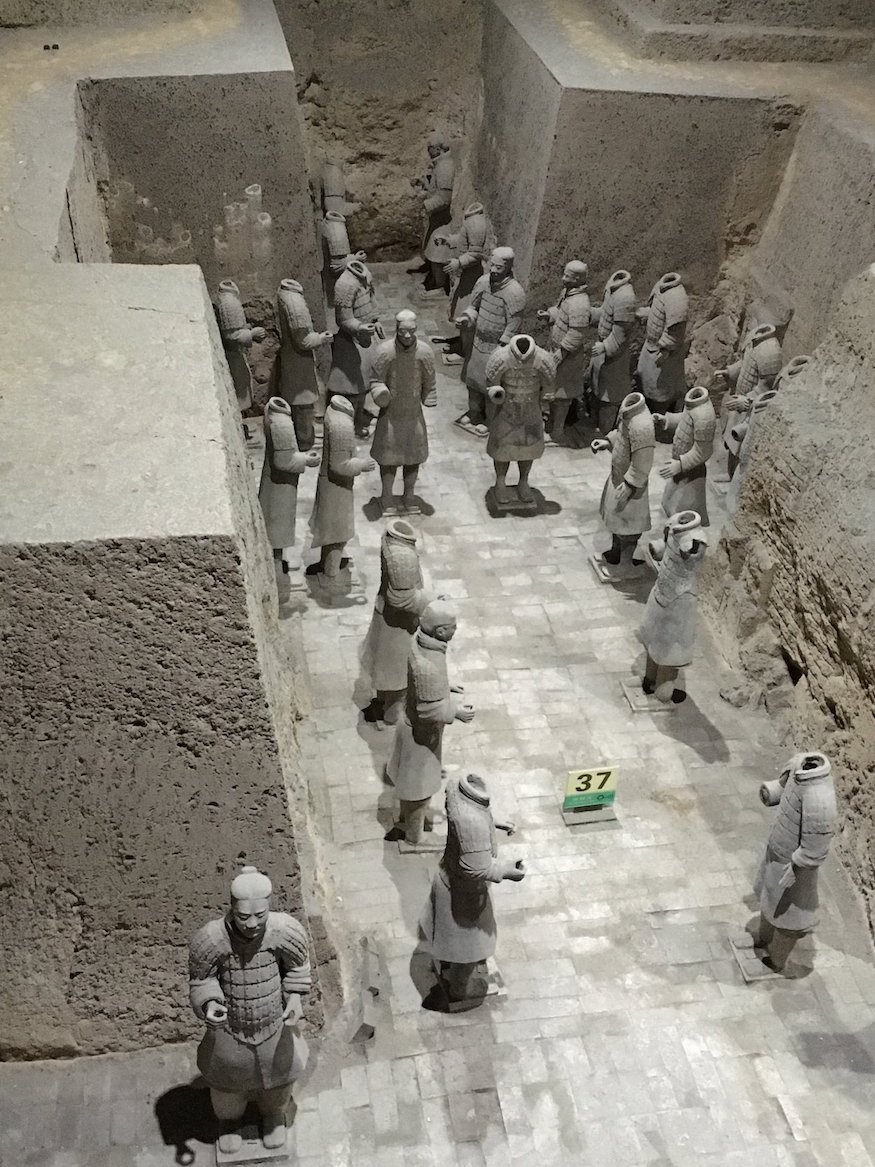 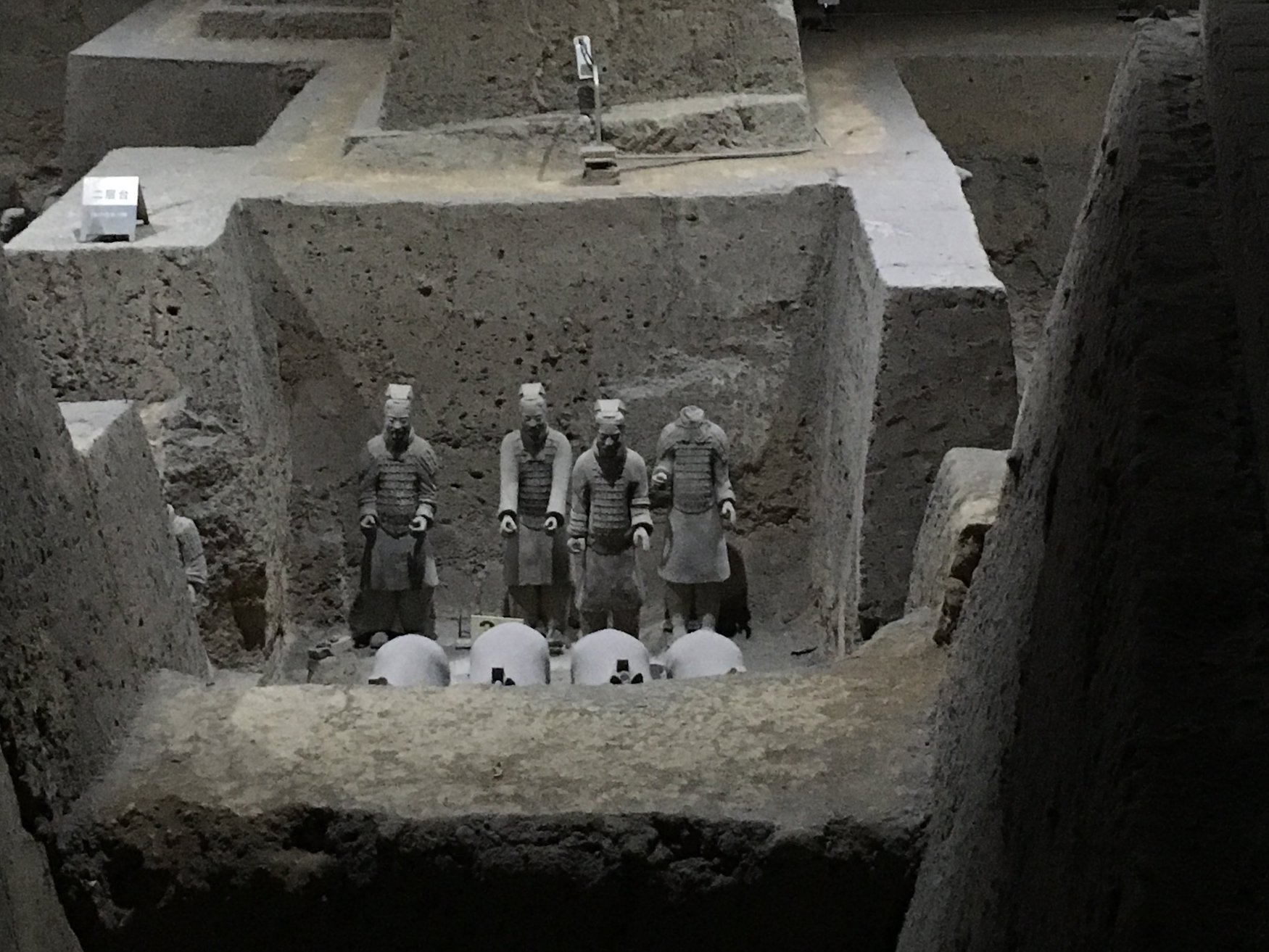 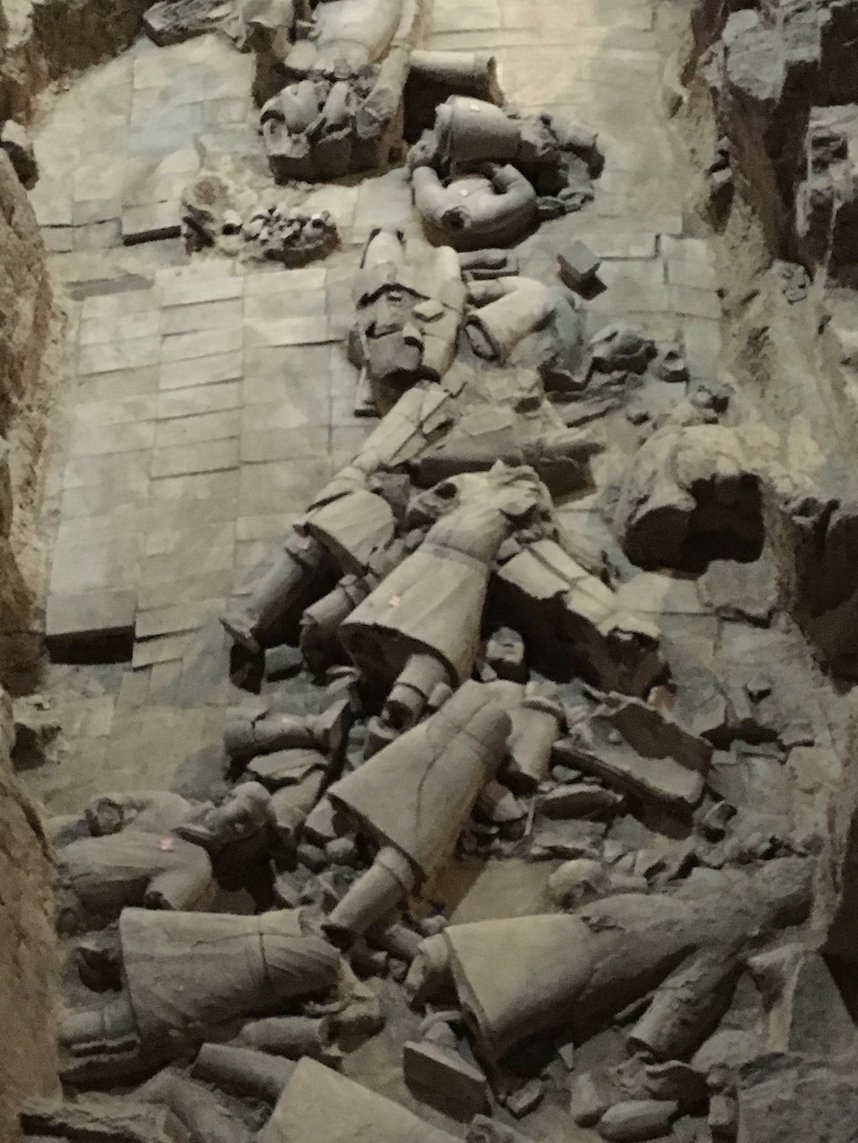 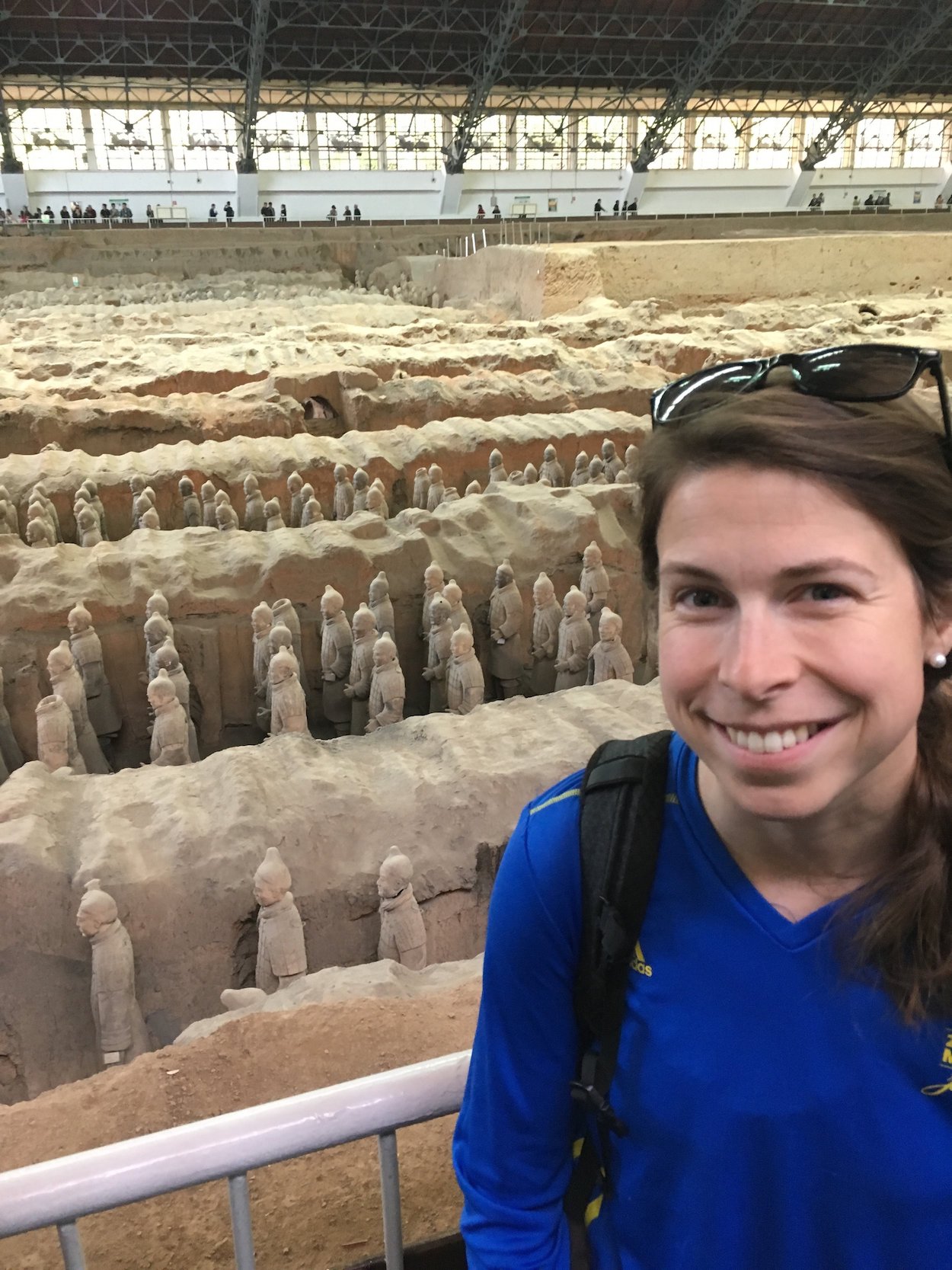 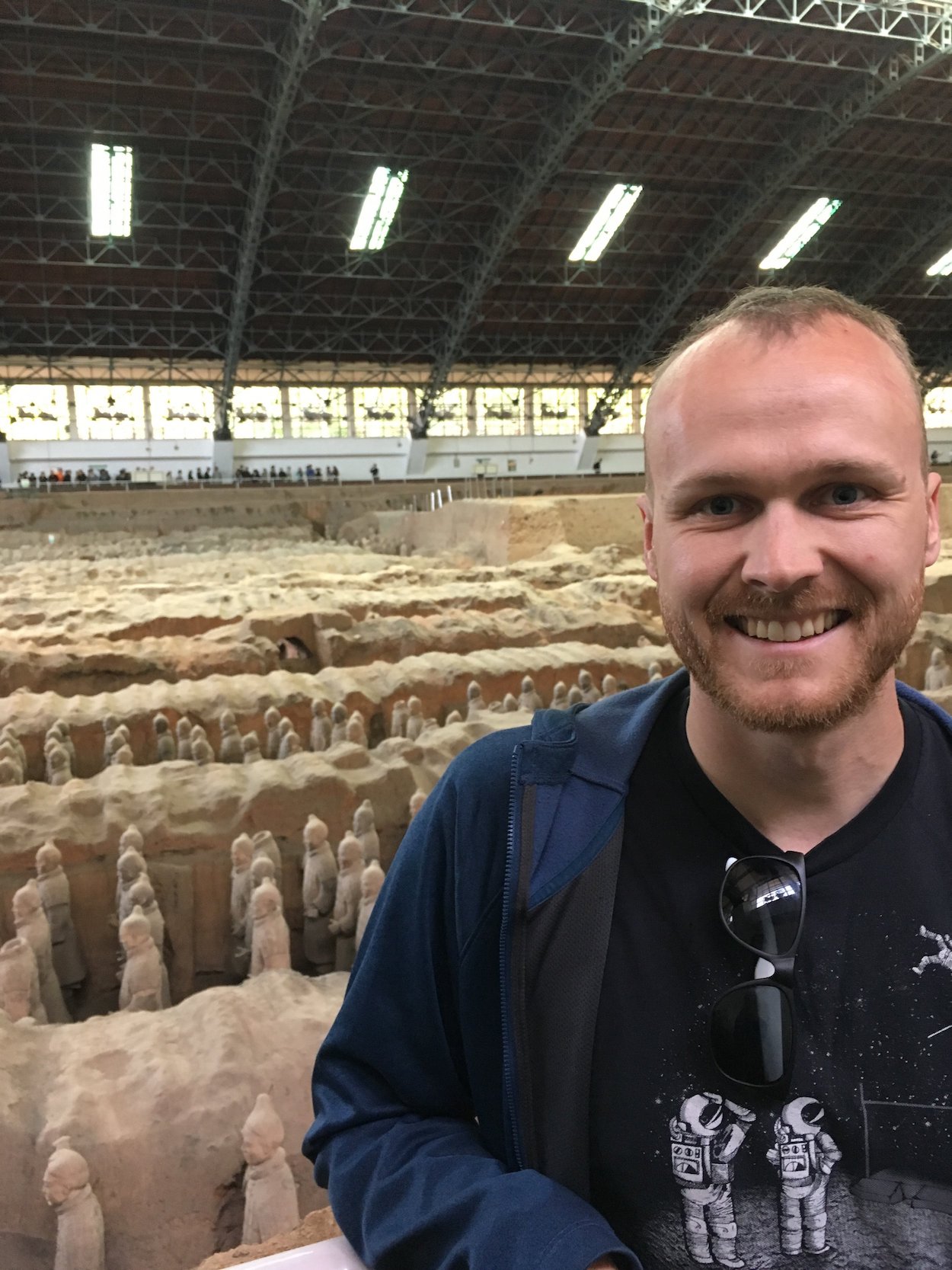 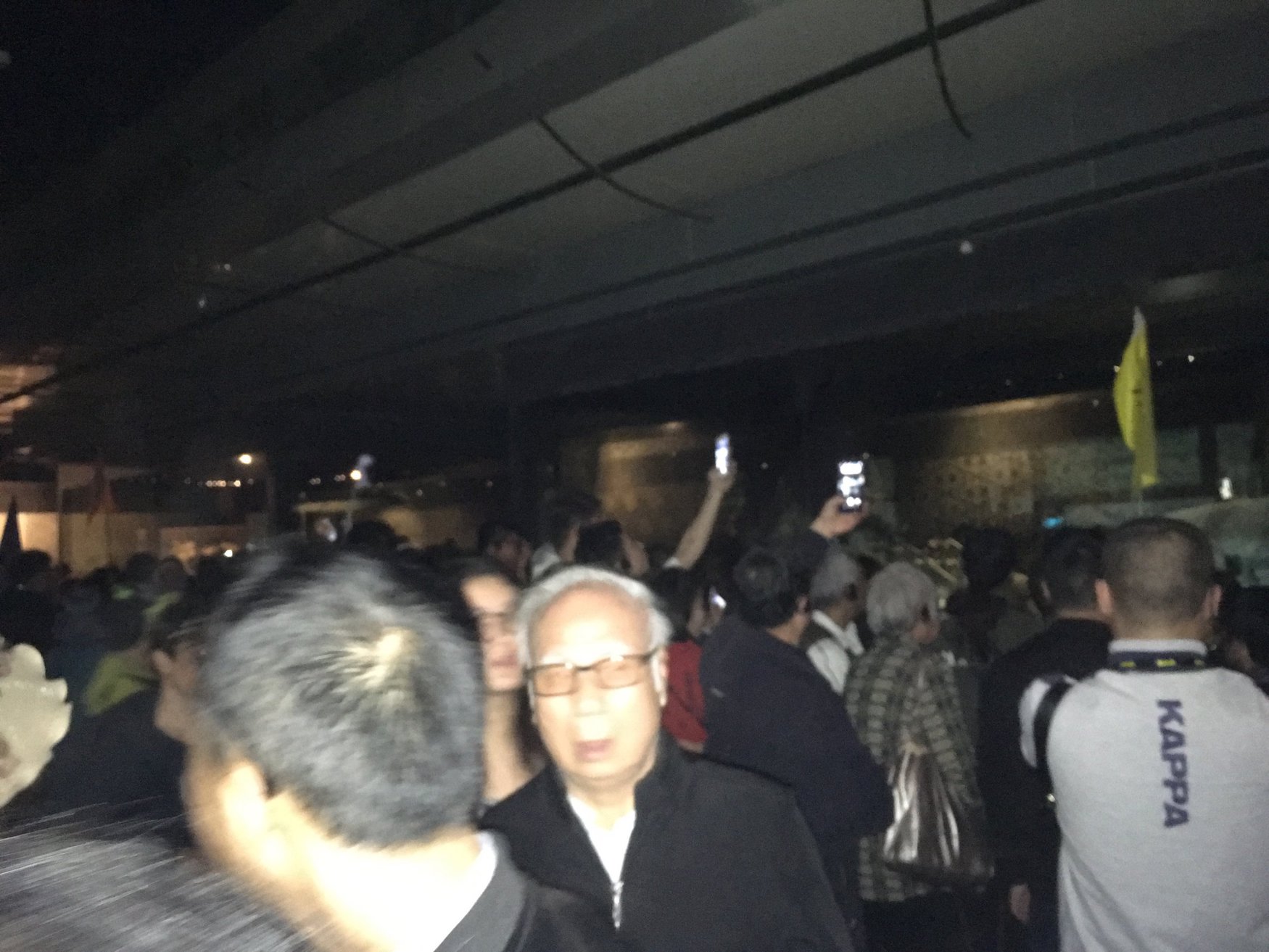 The city of Xi’An itself is highly underrated (IMO). When we got out at our subway stop, we found ourselves in the middle of the historic district where costumed dancers performed in a nearby square. The wall that encloses part of the city was beautifully lit, and there were some great streets of bars and restaurants. It feels a lol less touristy than the other cities, and after being in Shanghai and Beijing, I appreciated the condensed downtown area. We made the most of our 24 hours, and got up early in the morning to bike around the city wall (a rectangular 13km wall that you can walk/bike on). New lesson learned: riding a tandem bike is terrifying. But we made it! 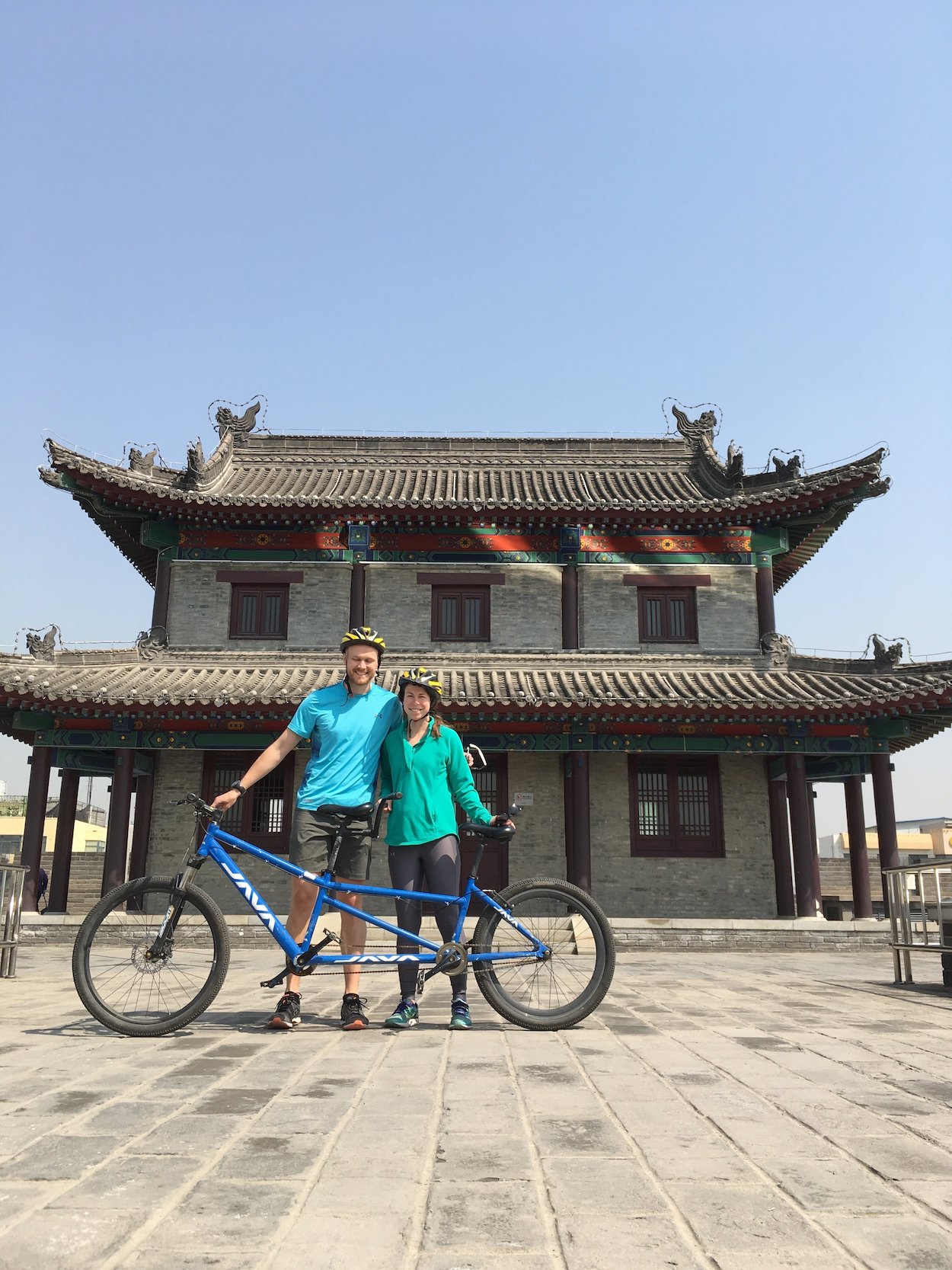 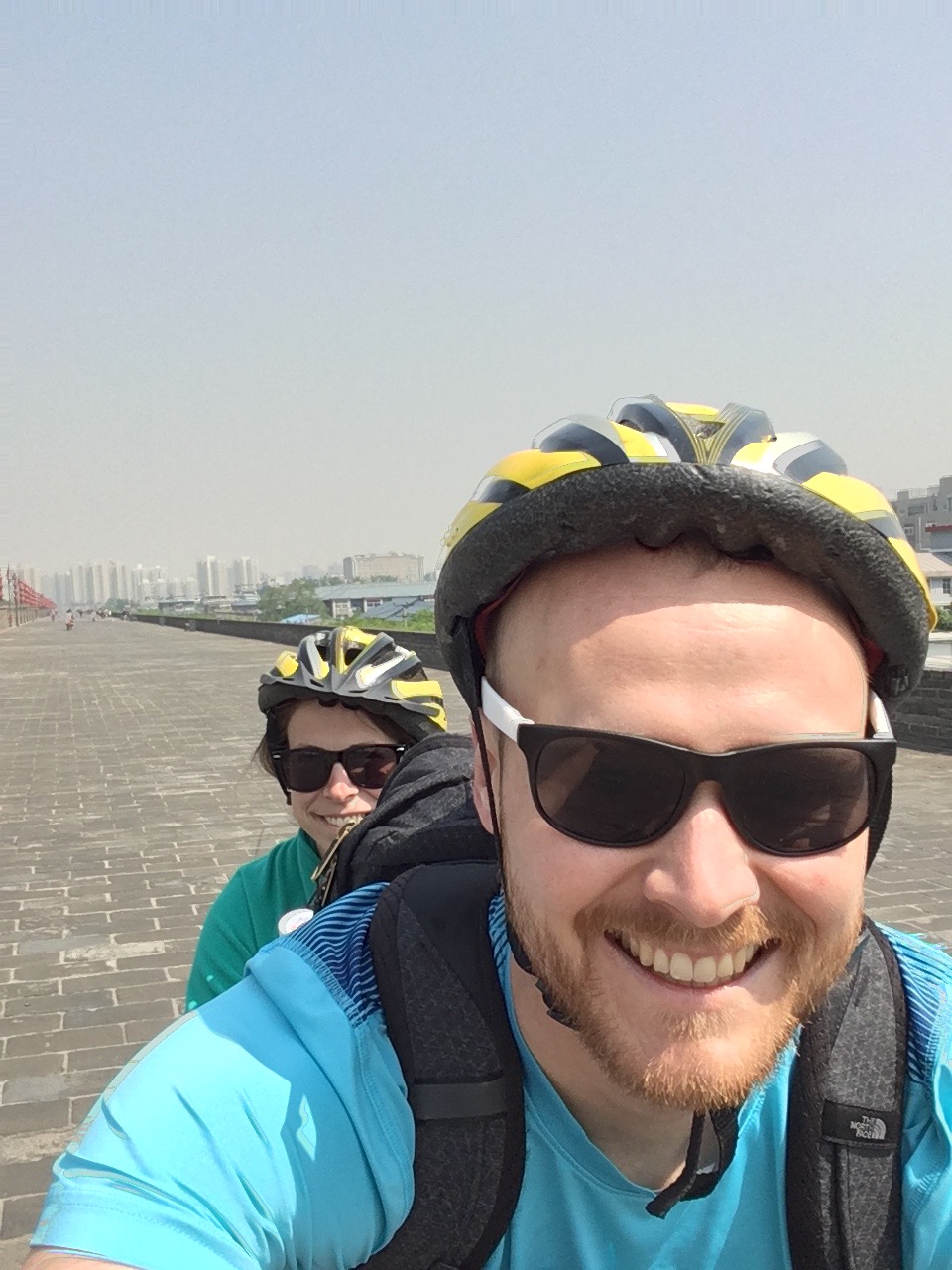 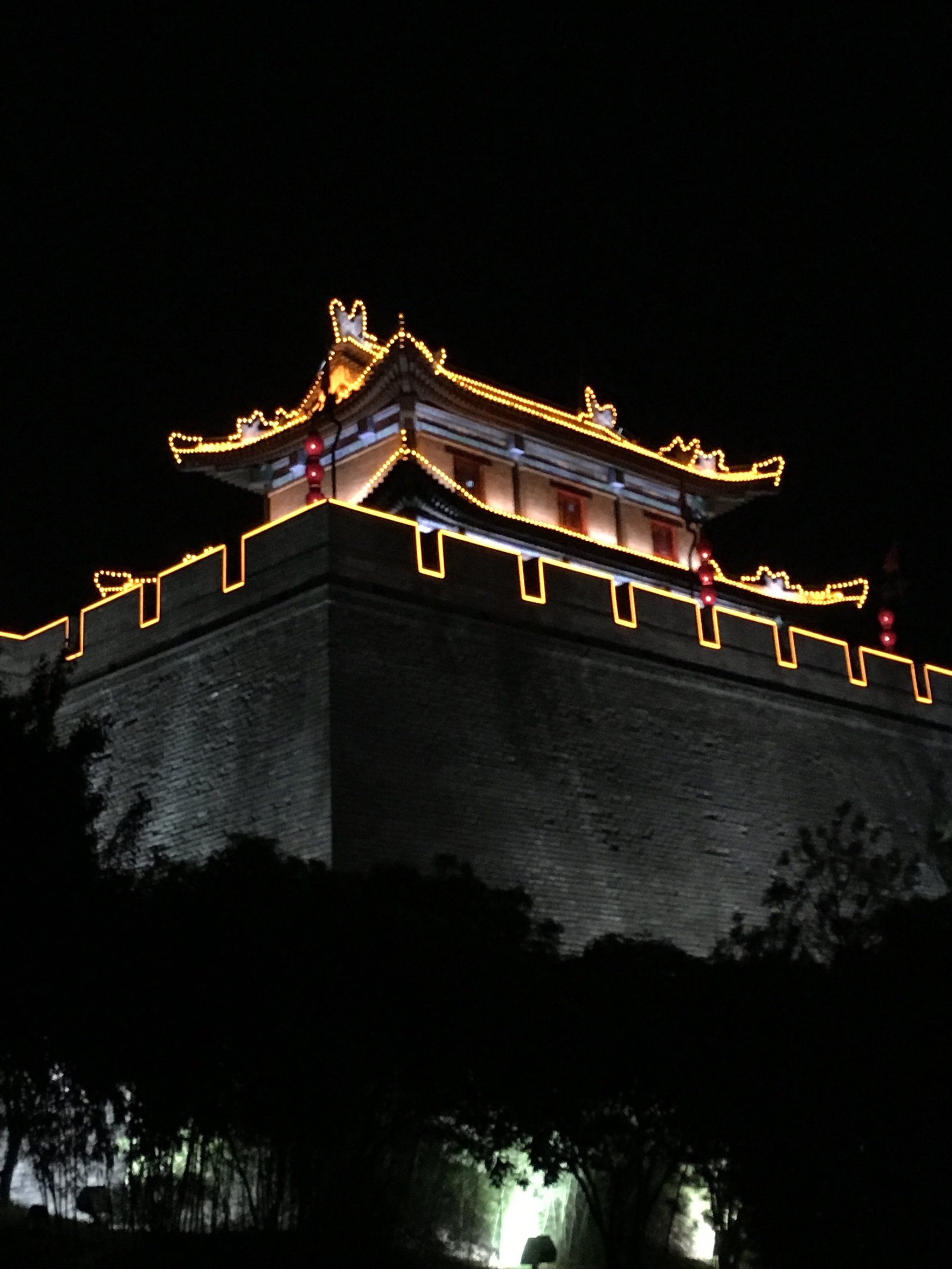 We went to Chengdu for two things: (1) hot pot and (2) pandas. Chengdu is part of Szechuan province and is known for its spicy food and hot pot- style restaurants. It is also home to a few large panda research facilities that welcome visitors to observe dozens of pandas in one place. Unfortunately, we didn’t really do our research on the pandas and found that the closest panda research facility was over an hour outside the city. On top of this new information, Sid was beginning to get sick and we had been going nonstop for almost two weeks. We decided to nix the panda visit (we can see at least one or two at a zoo, right?) and instead spent our day in Chengdu relaxing and eating hot pot. In summary, hot pot and food in Chengdu lived up to its reputation - really hot (and by this point we had even learned to ask for not spicy). For more on the hot pot experience, see the ‘can you eat spicy?’ blog post below. 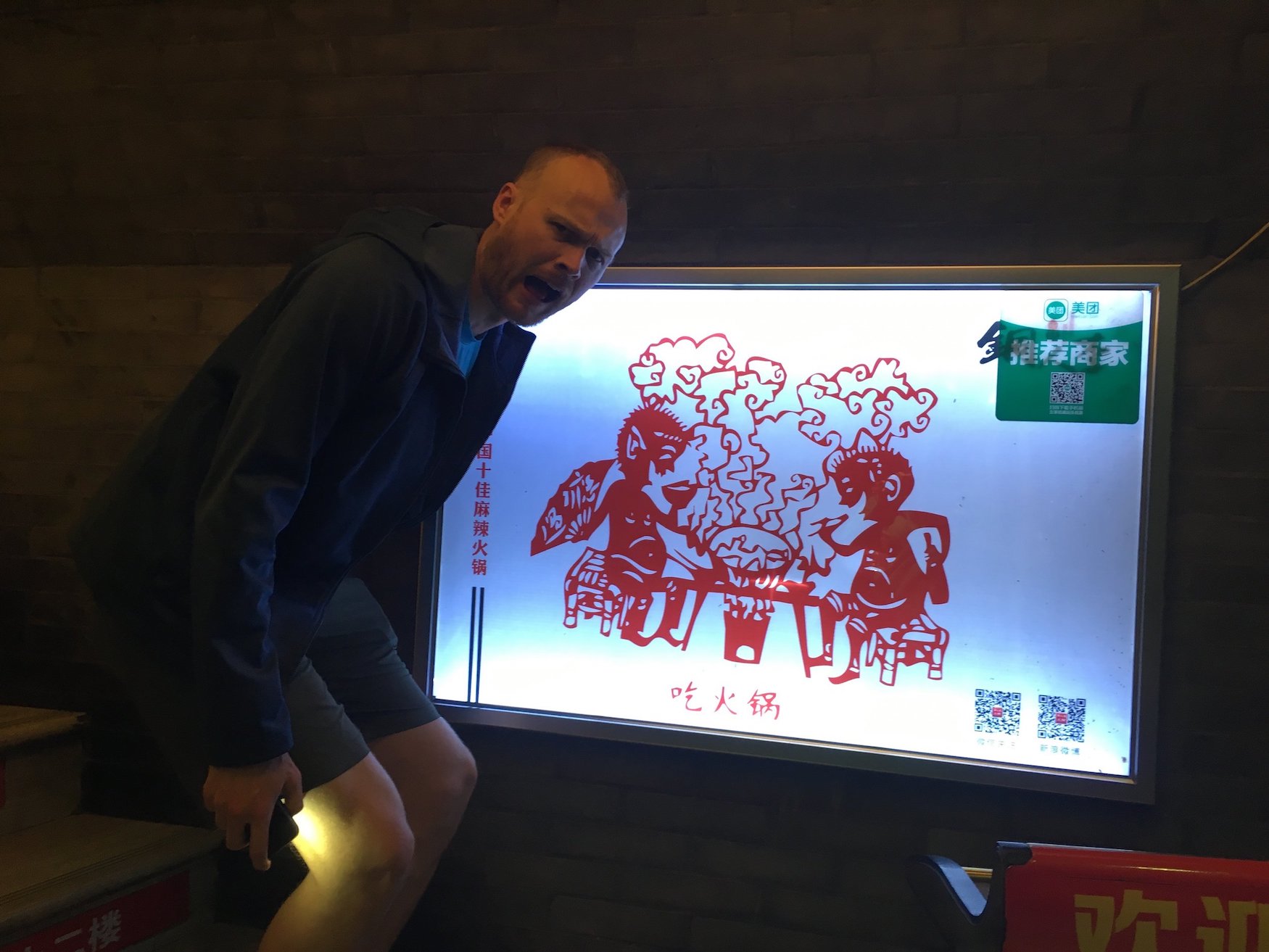 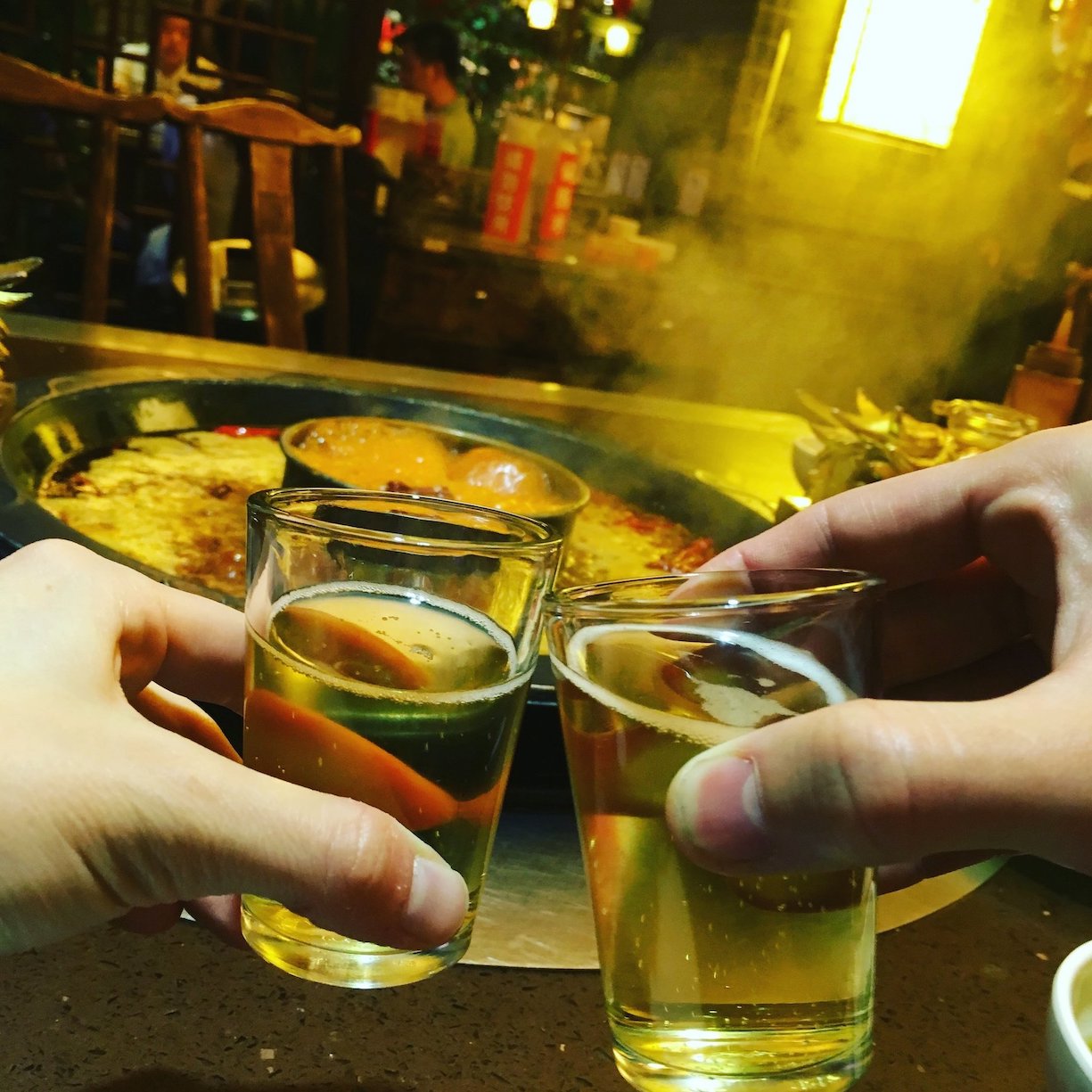 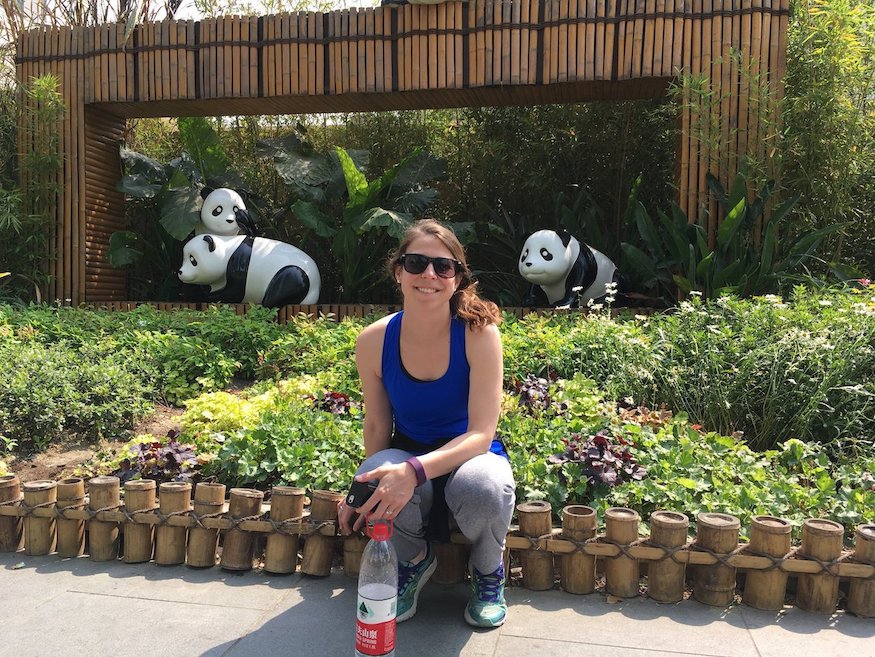 In my post about Shanghai, I wrote that I was pleasantly surprised that it was not too much like NYC. Turns out, Hong Kong is. Hong Kong’s population density is off the charts (Hong Kong is actually 4th on the list of most densely populated areas, but is by far the largest area in the top 10 - https://en.wikipedia.org/wiki/List_of_countries_and_dependencies_by_population_density). It definitely has the gritty, overwhelming feel of NYC. Just like New York, it’s not my kind of place, but it did have some fun things to do (shout out to Evan, for coming through in the clutch with recs from his brother-in-law!)

A couple of cool things we did in Hong Kong: 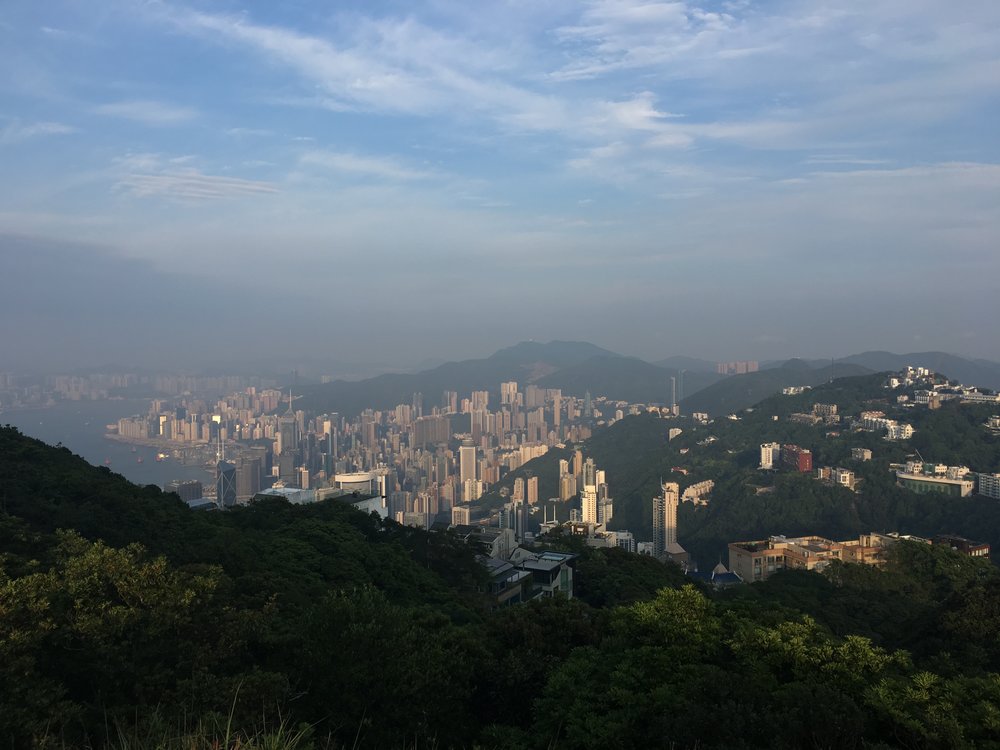 Victoria peak is the highest point in Hong Kong and has a great overlook of the city. After attempting to get tickets to take the cable car up (how 95% of people reach the peak), we were frustrated by the long wait and decided to do the hike ourselves. It was a (literal) uphill climb, but after about an hour and twenty minutes (in definitely the wrong clothes for hiking), we made it to the summit and got a great view! Luckily, we made it onto the cable cars to get back down to the city. 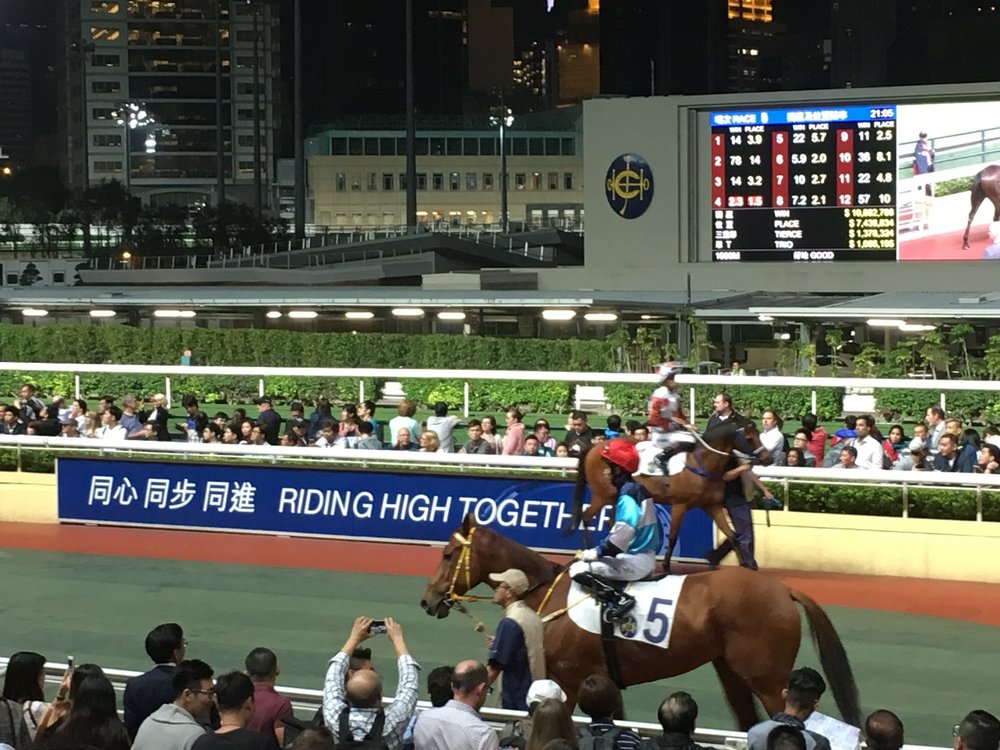 We arrived to Hong Kong on a Wednesday, just in time for the weekly Wednesday night horse races! Right in the middle of downtown Shanghai there’s a horse racing stadium where 40,000+ people gather on Wednesdays (and maybe Saturdays?) to watch and bet on the races. I’m so glad we found out about this before we arrived. It was a such a fun gathering with lots of food, drinks, and people - some big into gambling, but most just there to have a good time. We bet a total of $10 USD and unfortunately lost it all… but had a great time doing it. 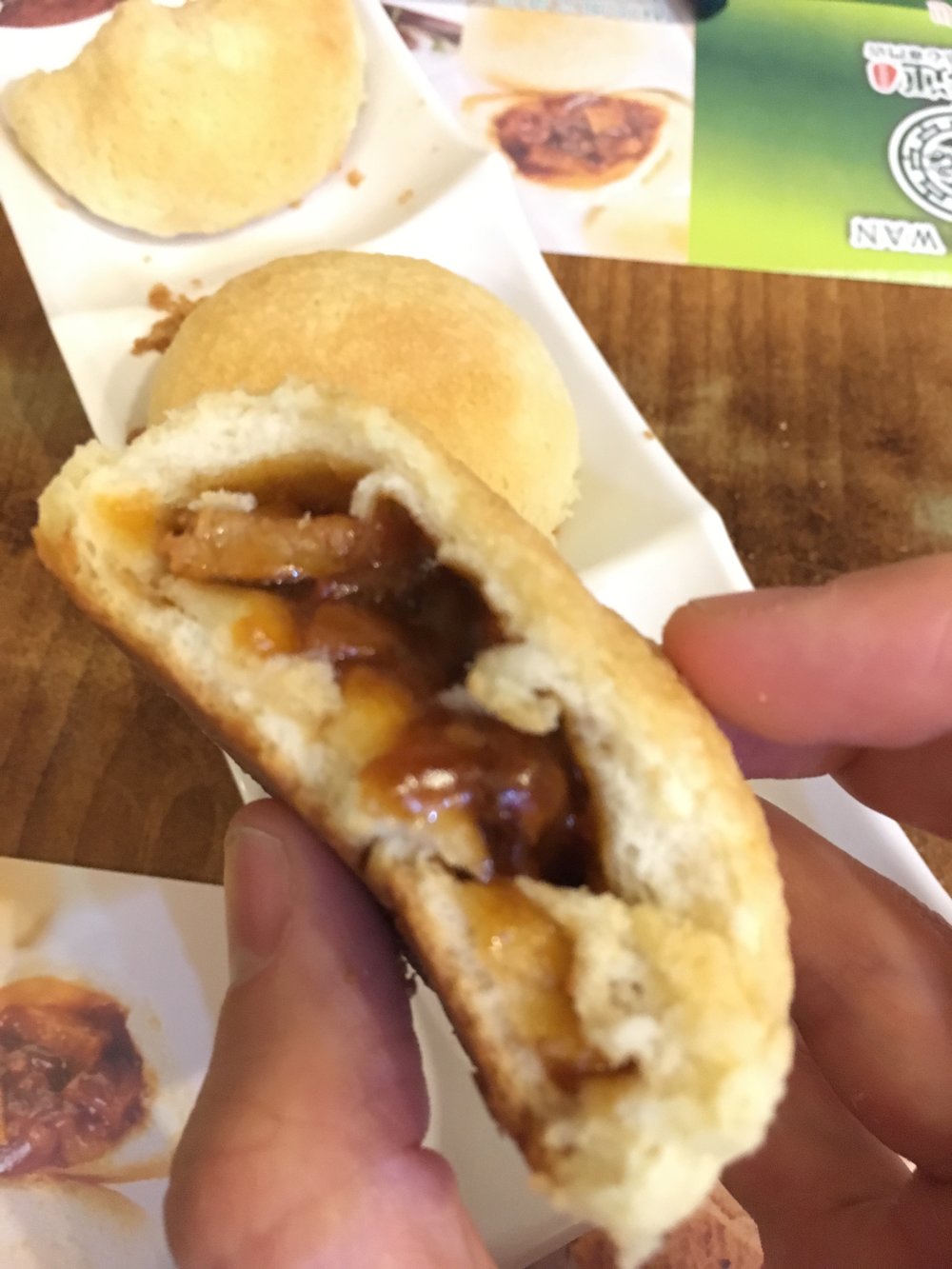 I wrote about this in the China food post as well, but in summary:

I skipped the ratings in the Beijing post — here are our ratings for Beijing, Xi’An, Chengdu, and Hong Kong.

*Beijing: 3.5 (Similar to Shanghai, but the main attractions are really spread out, so travel takes more time)

*Beijing, Xi’An, Chengdu: 5 (“No distinctions between these cities and Shanghai”)

Would recommend visiting to a friend:

Would consider living there for an extended period of time (6+ months):