After 5 days in Shanghai, we were off to Beijing! We took one of the high speed trains and traveled the 750+ mile journey in just 4.5 hours. The trains were super smooth, and despite some warnings, we took our chances in the cheap 2nd class cabin. It was totally fine, and more comfortable than an economy seat in an airplane for sure. Once in Beijing, we had about 3 full days to explore the city and make it to as many of the tourist destinations as possible - if anything, Beijing is a city of many tourist attractions (and tourist groups, for that matter).

First up was the Great Wall! This may be the highlight of the trip for me so far. Here are a few things I discovered during our trip to the wall:

*The wall is 20,000+ km long. We were visiting a tiny 2.5km section that had been restored and is now open to the public.

*Turns out, when “visiting” the wall, you are actually hiking, and hiking mostly stairs and steep inclines. According to my fitbit, we climbed 300 flights of stairs that day.

*To get to the wall, you also have to hike up to it. Had I thought about why you would build a wall in the first place, perhaps I would have realized it shouldn’t be easily accessible. Luckily, there is a chair lift to get you up to the wall and a metal toboggan slide to get you back down!

*Similar to our visit to the Grand Canyon, we made a challenge of seeing as much of the wall as possible during our 3 hour allotted time period. Anyone who has gone to November Project at Harvard Stadium can relate to what this was like. 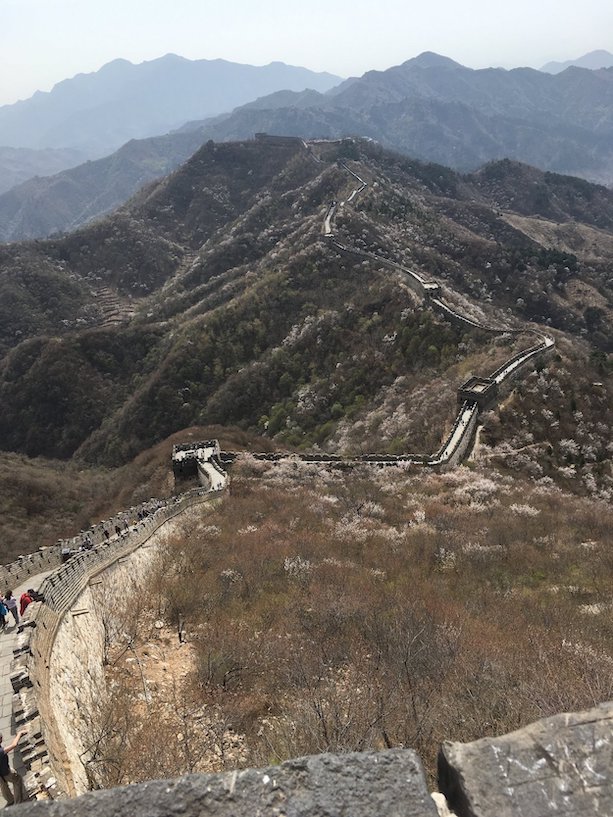 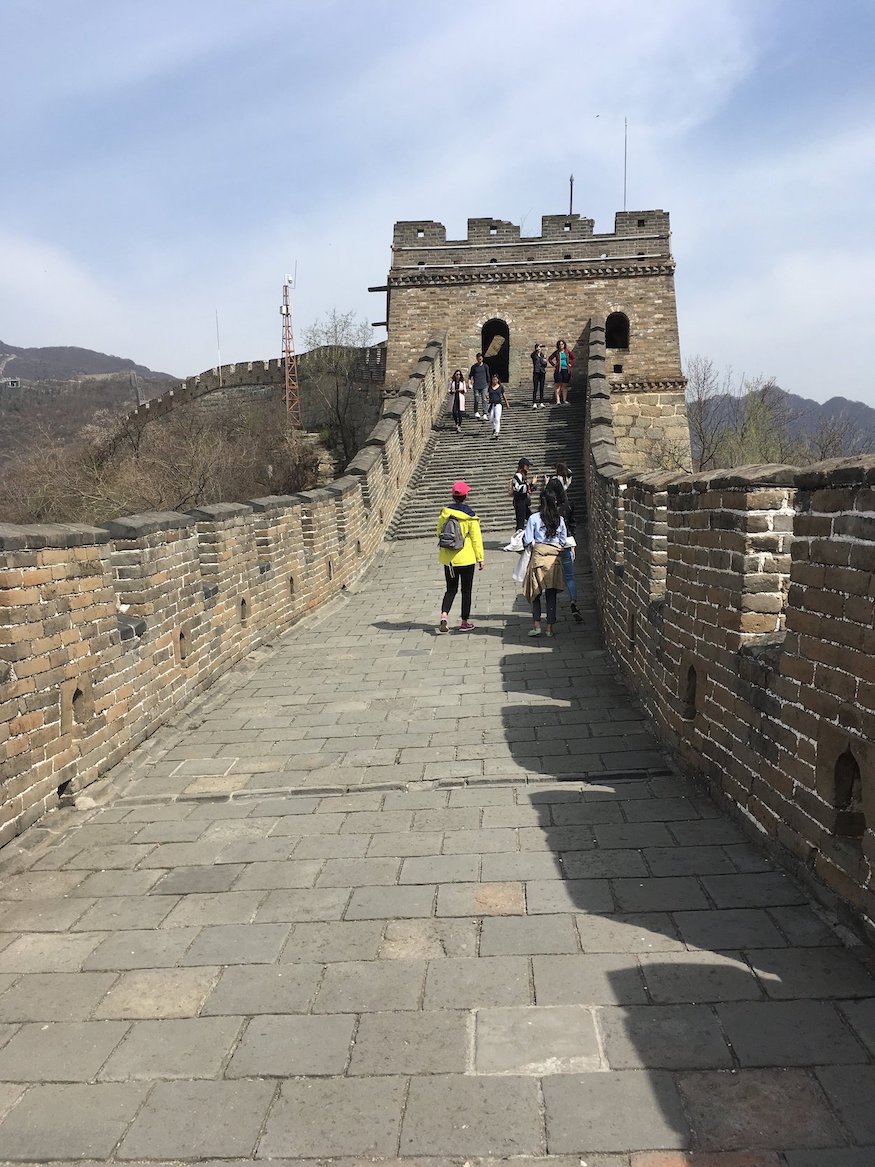 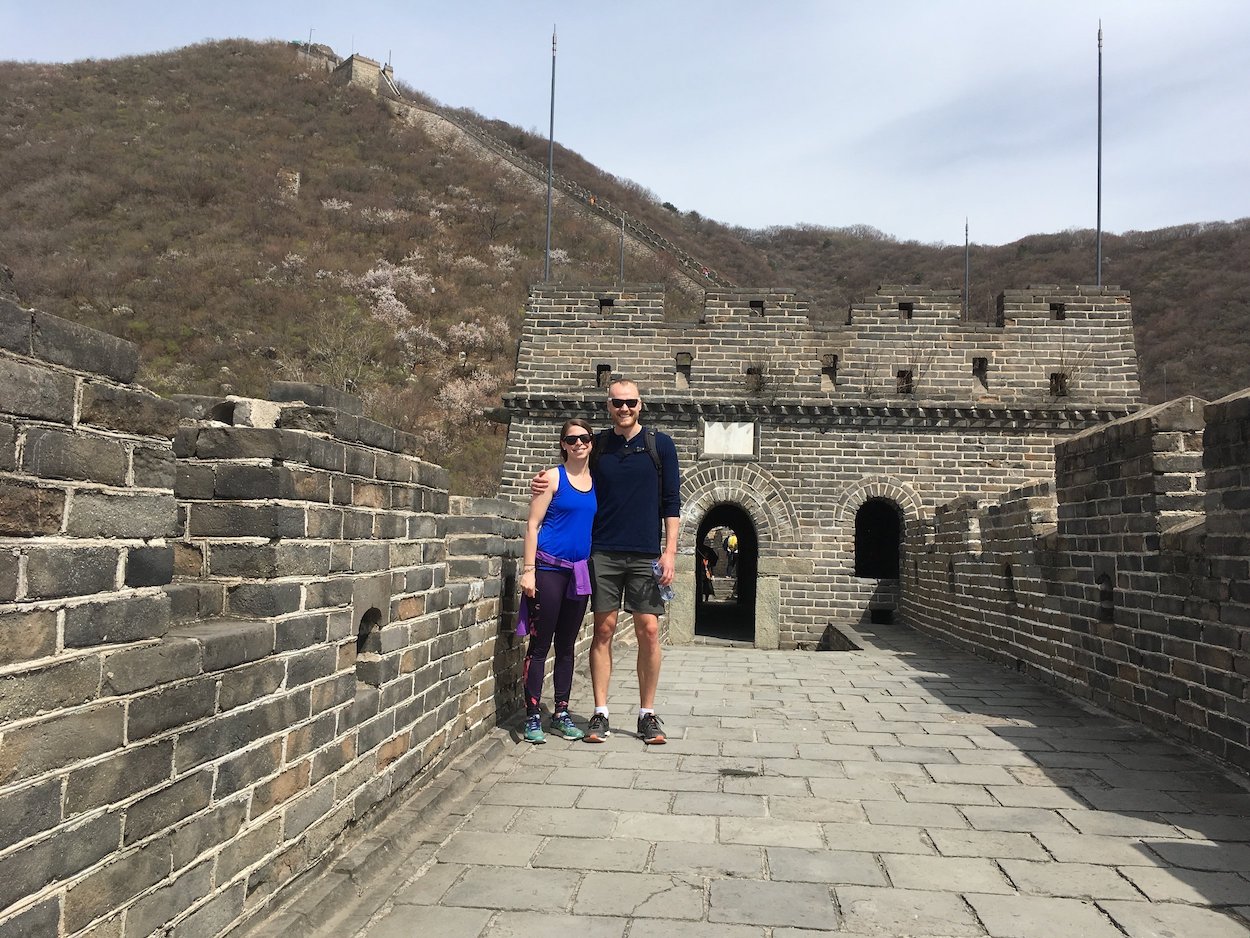 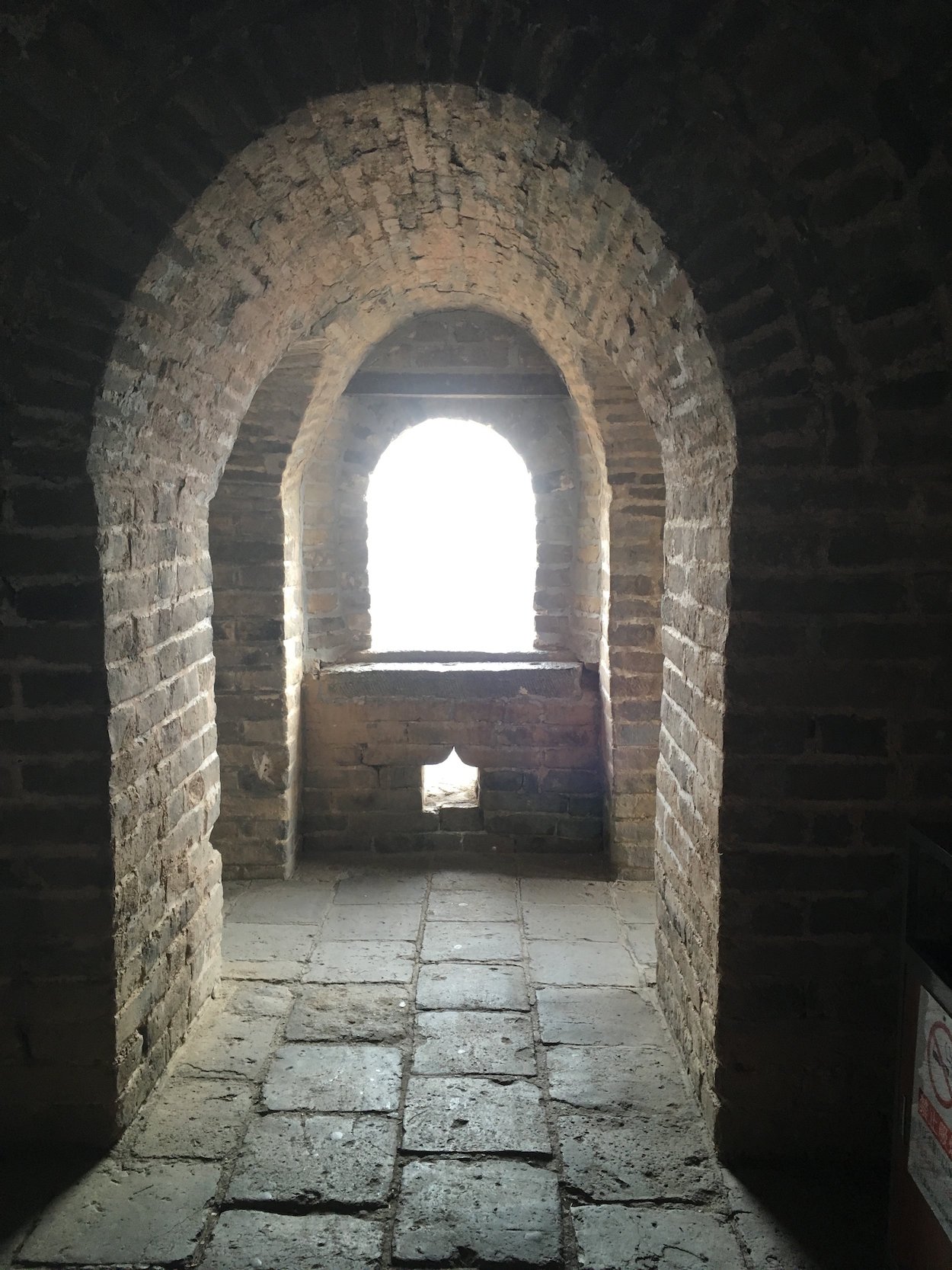 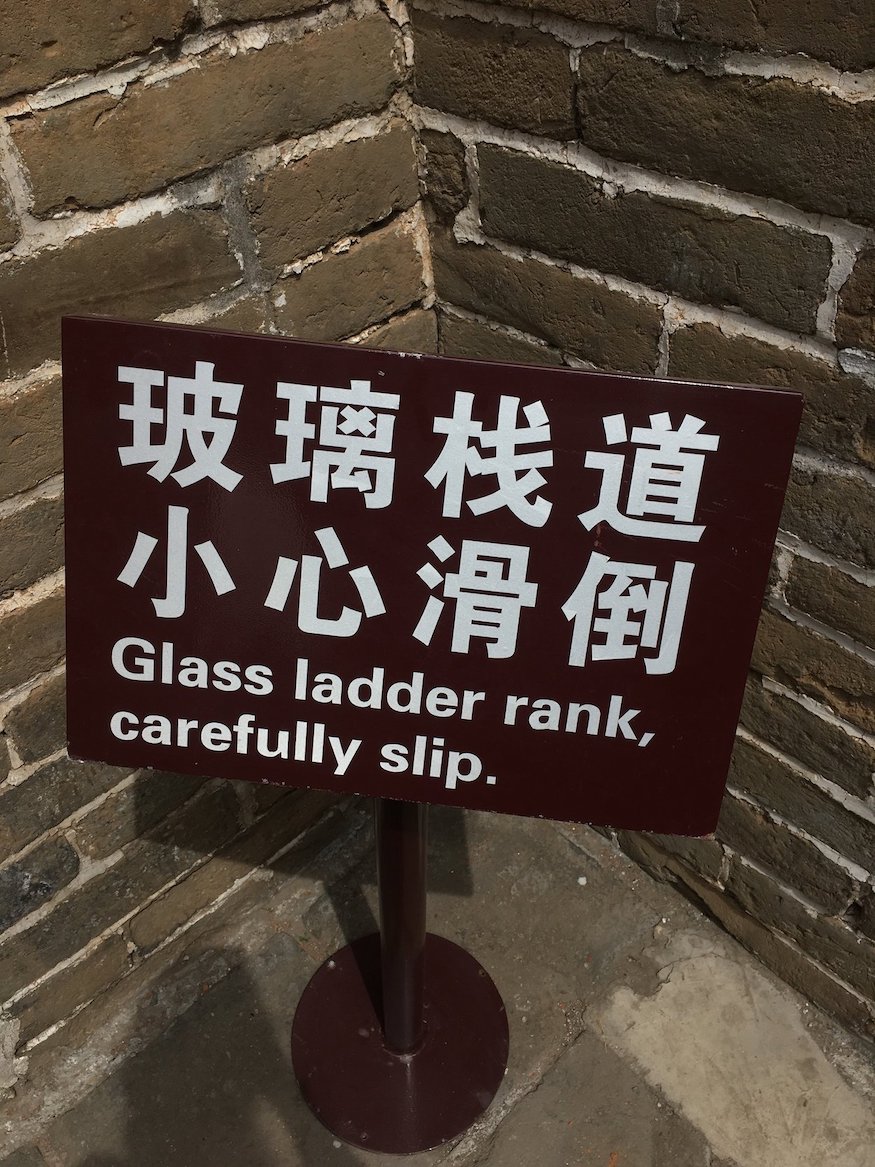 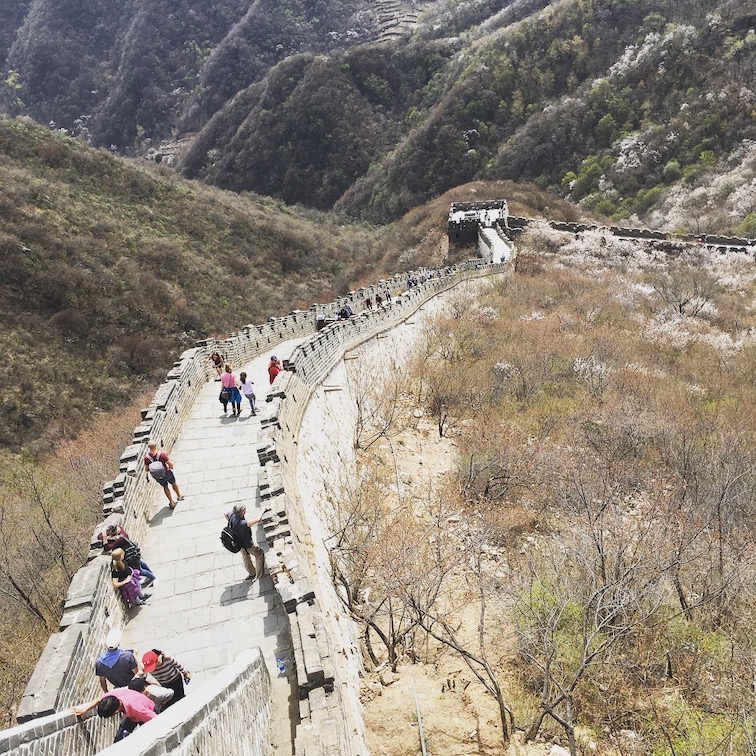 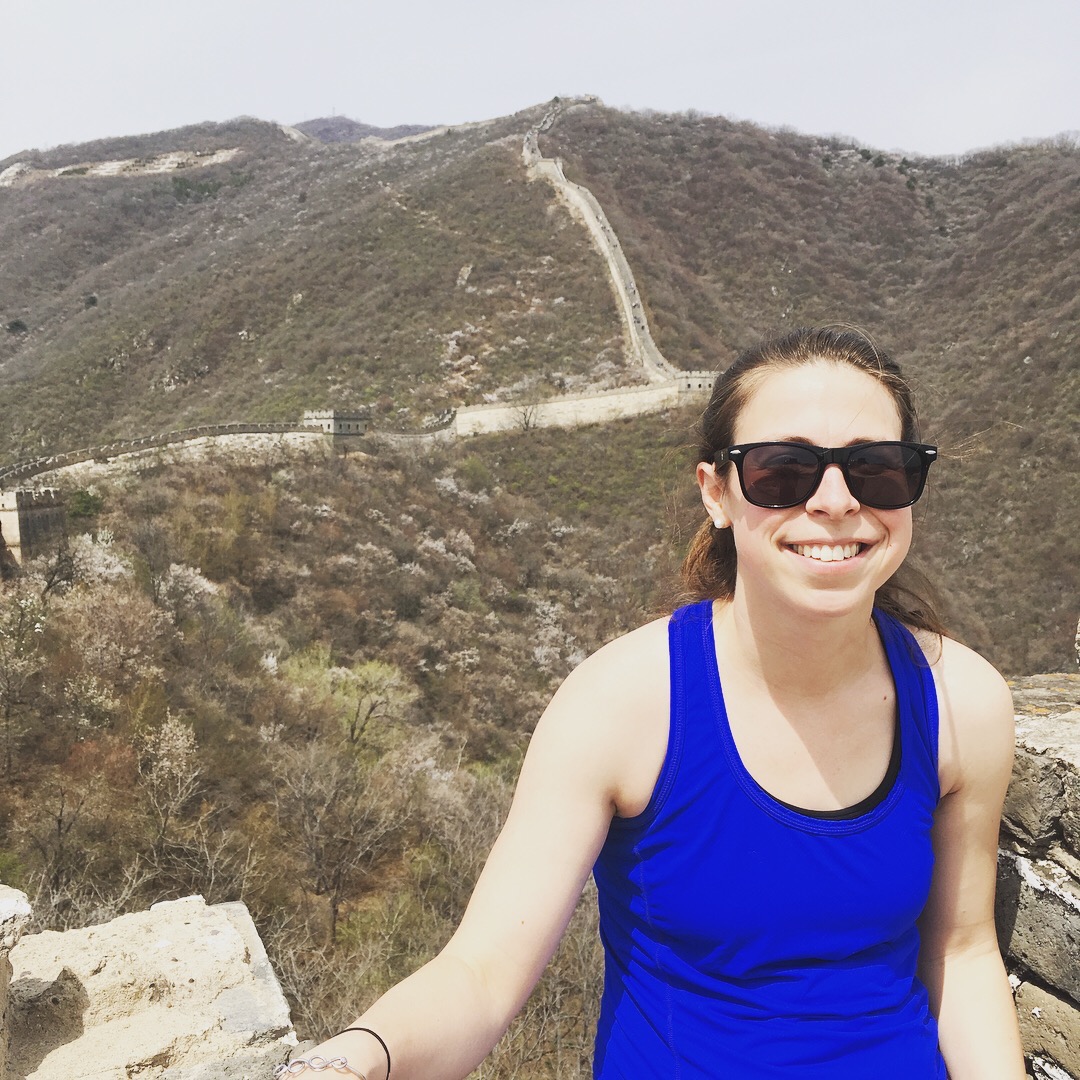 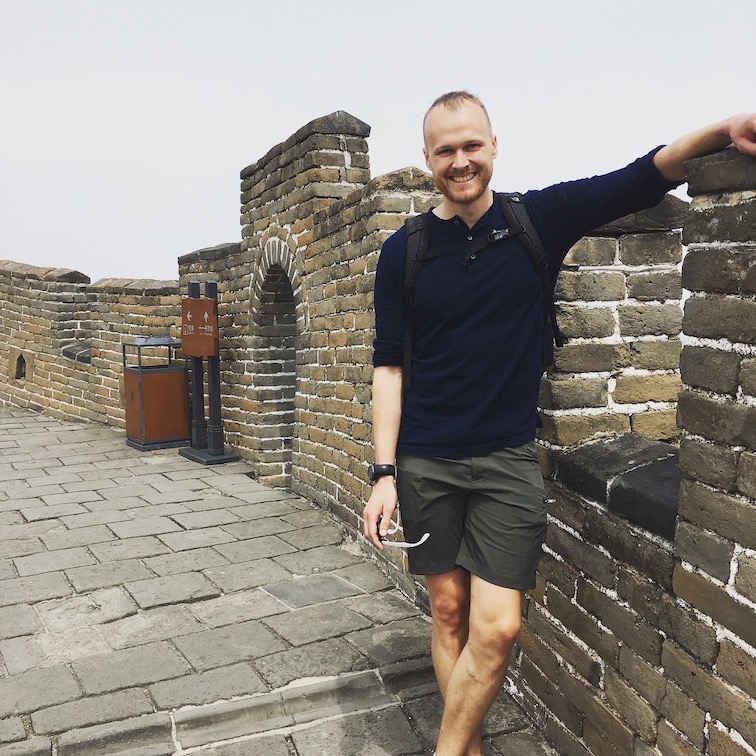 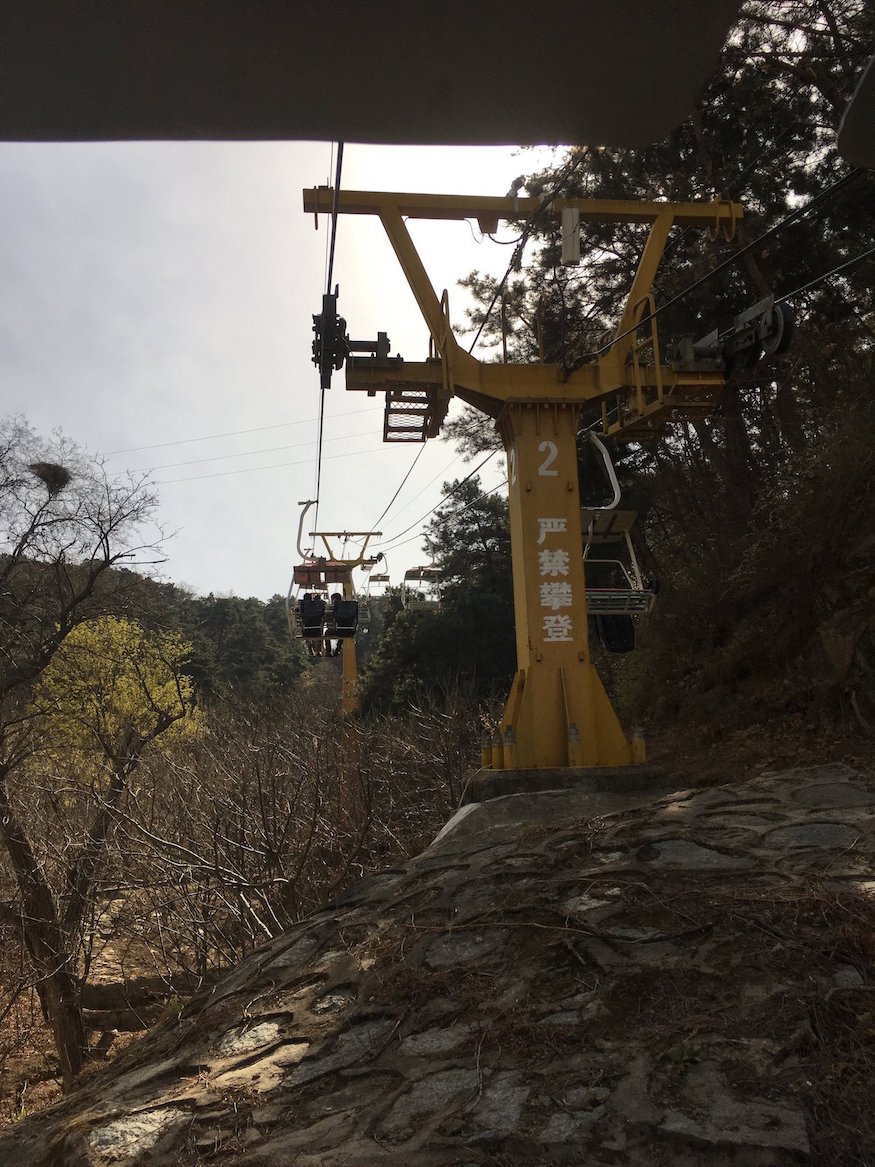 Our plans were interrupted by rain the next day, but we still managed to visit the Forbidden City and Jingshan Park, which is a park to the north that overlooks the Forbidden City. These were both cool, but we were also super sore and tired from our Great Wall trek the previous day. Sid took this lovely video of me towards the end of the day on our way up to the overlook at the park:

On our final full day in Beijing, we visited the Temple of Heaven (a big park with cool gardens and ancient buildings) and then ate Peking Duck! Peking (aka “Beijing”) Duck is a local specialty where the chef serves three different parts of the duck (a crispy skin, fatty meat, and leaner meat) along with thin wraps, sauces, and vegetables. With these, you make little duck wraps, and in my case, eat them with your hands because you can’t hold such a thing together with chopsticks (note: this seemed to be kosher - we saw some Chinese people eating them with their hands too…). Definitely an experience. Kind of like roasting a pig or having a clam boil in the US; I wouldn’t necessarily want to have a clam boil for dinner once a week, but on a special occasion it’s fun for a party.

Our final outing in Beijing was to the Olympic Park where the Beijing Olympics were hosted in 2008. At night, the park is lit up and is really impressive to see. We walked through the area with the ‘Bird’s Nest’ stadium and Aquatic Center. They were also setting up for a Marathon expo! Unfortunately, we were about a week too early…

The next morning we were off to our final China destinations - Xi’an and then Chengdu! 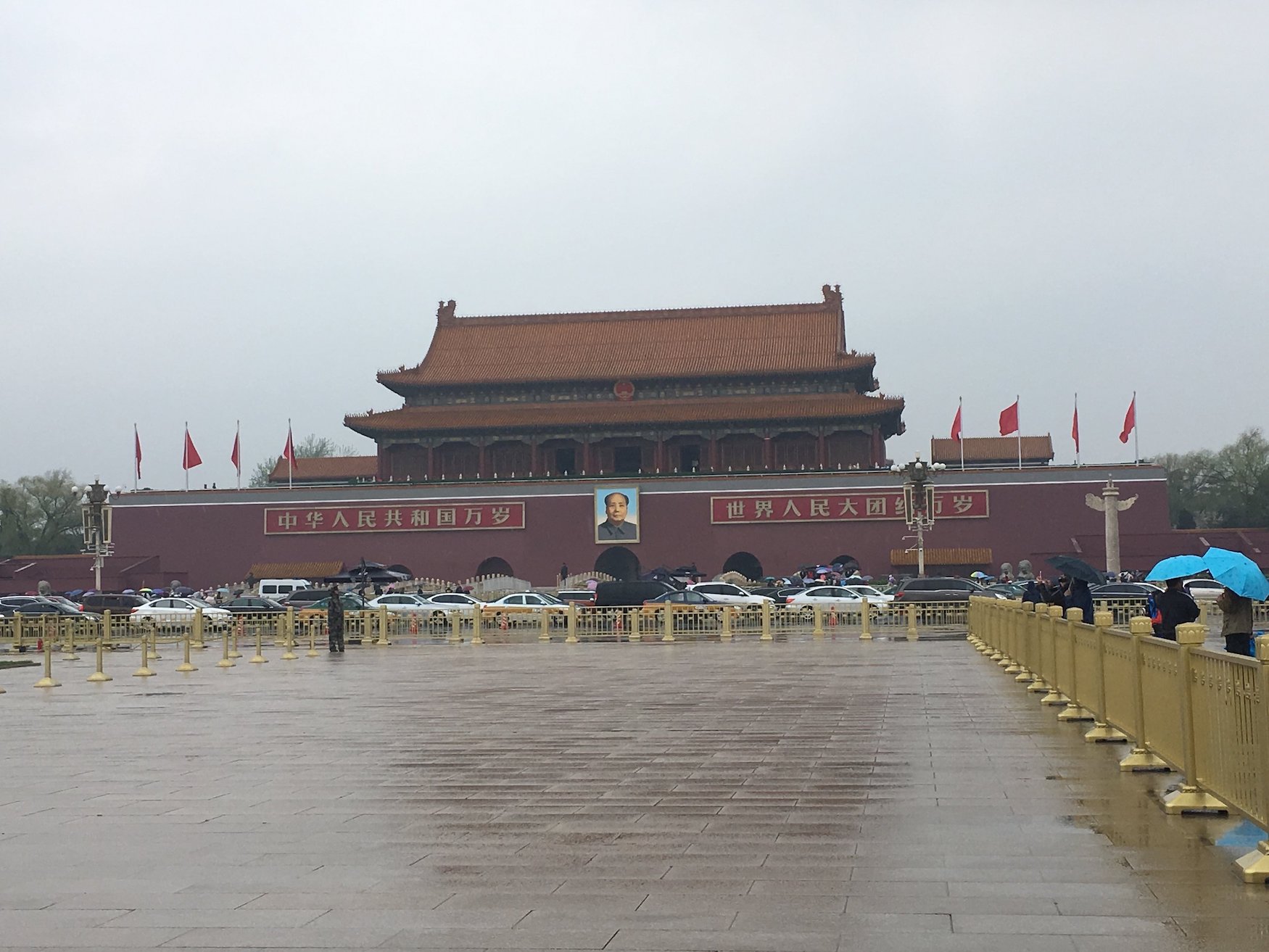 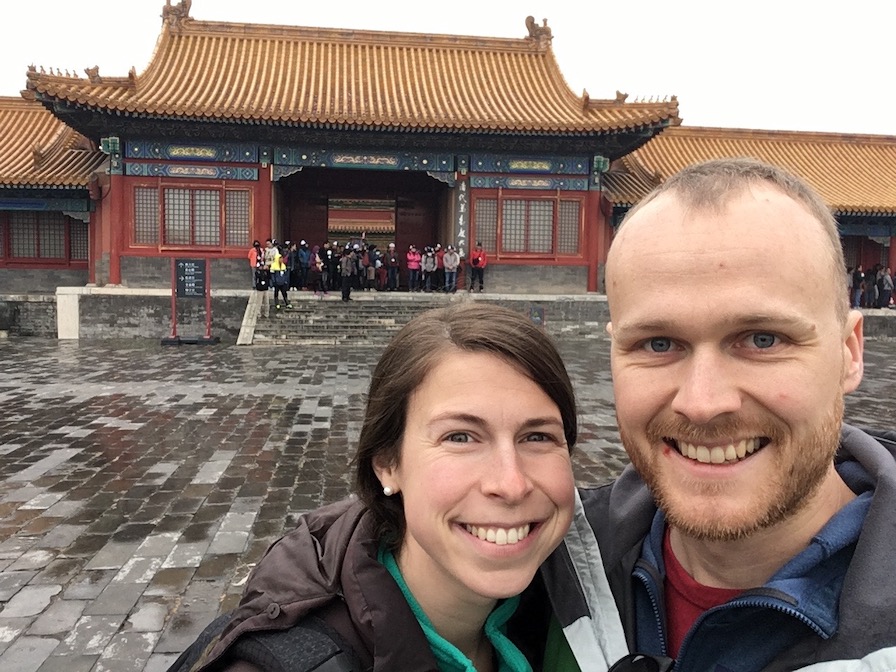 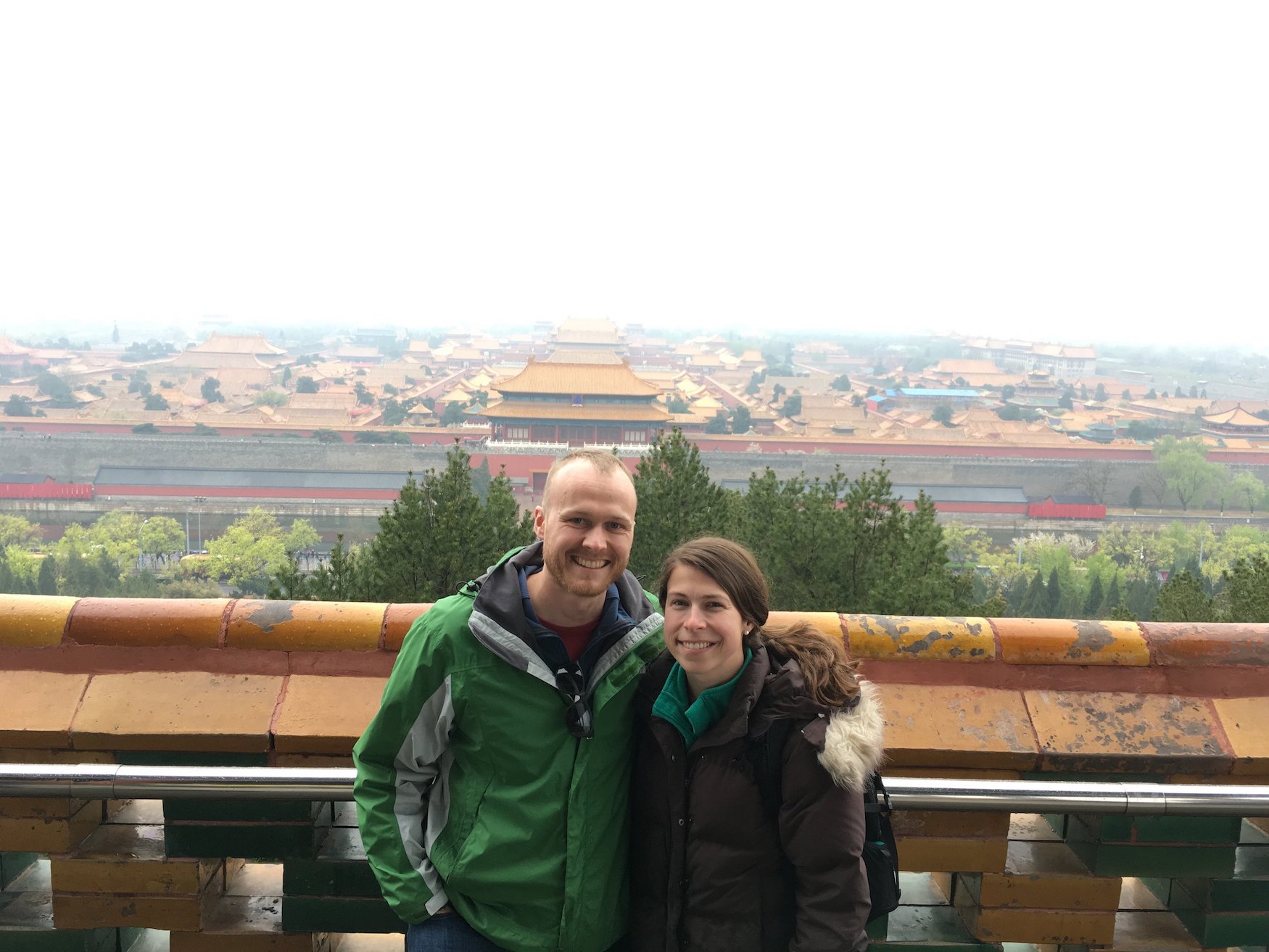 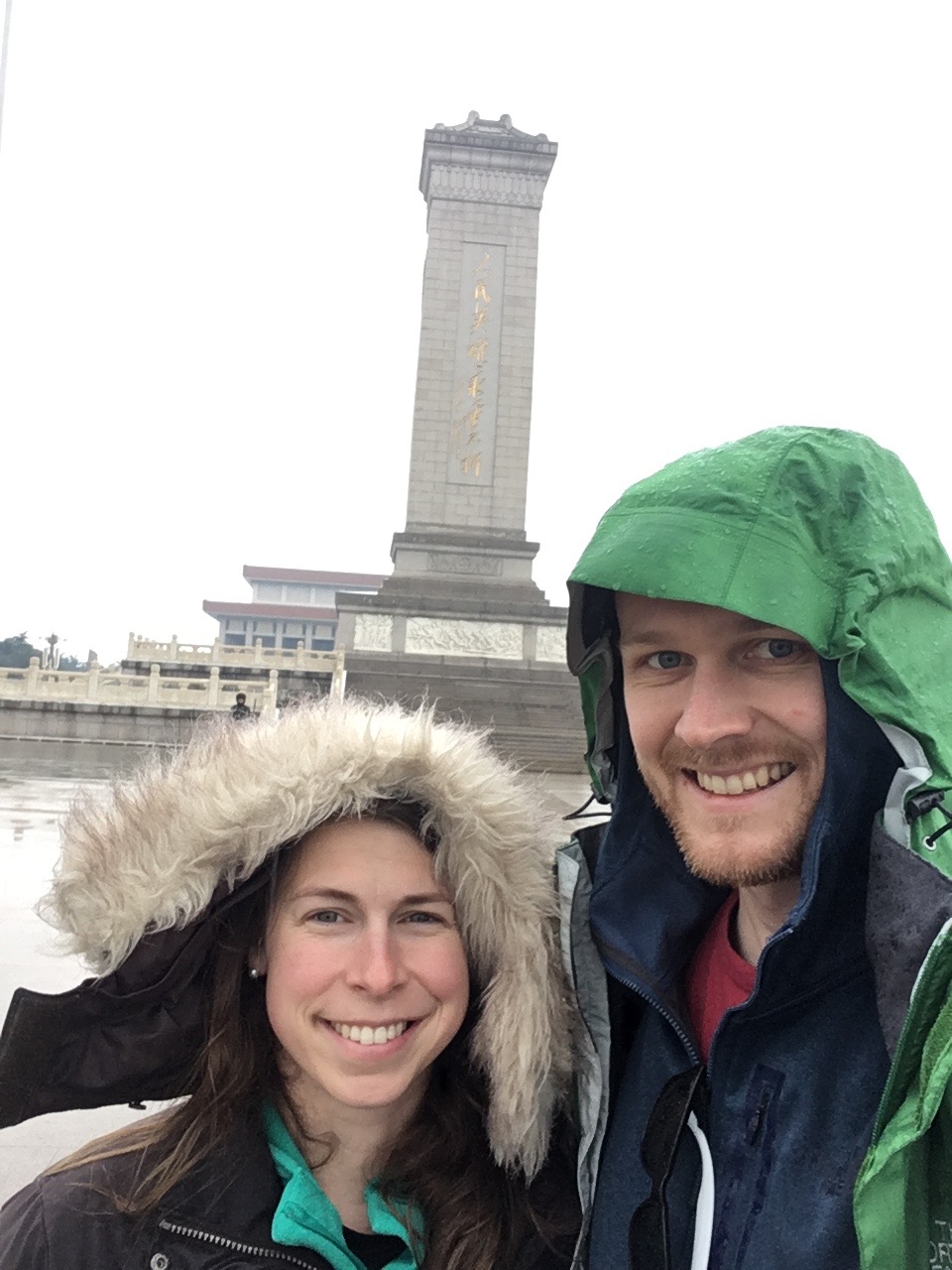 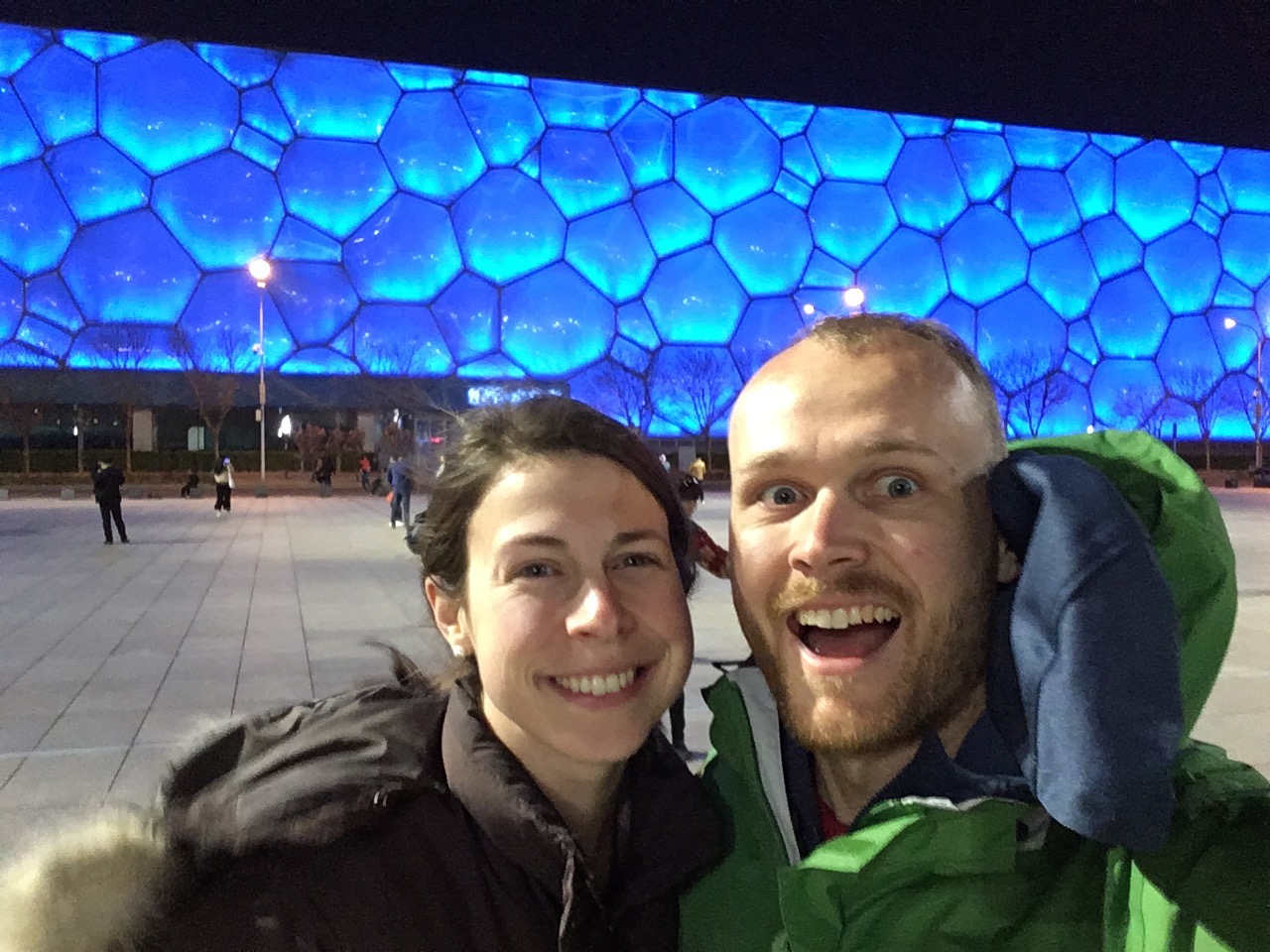 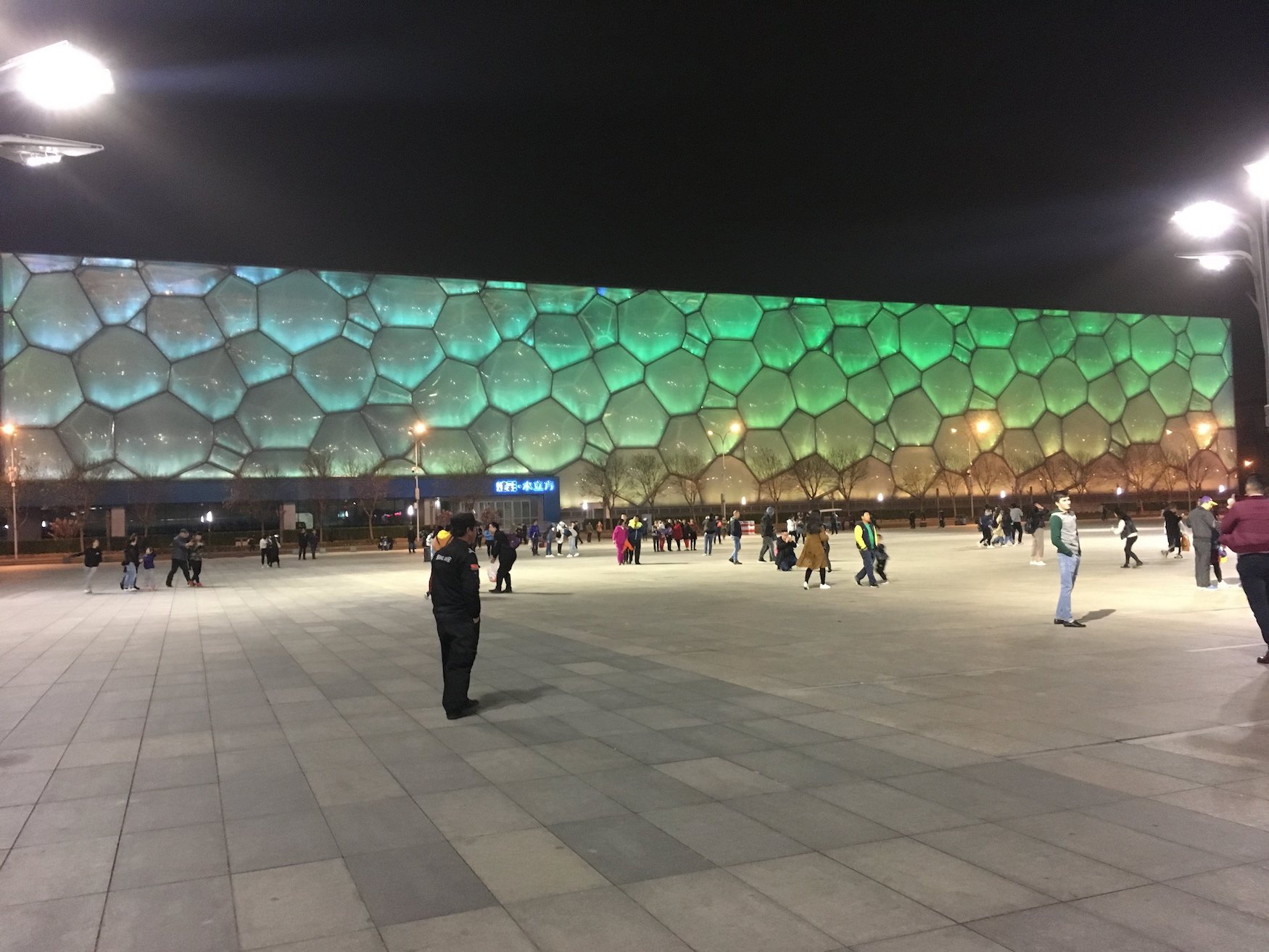 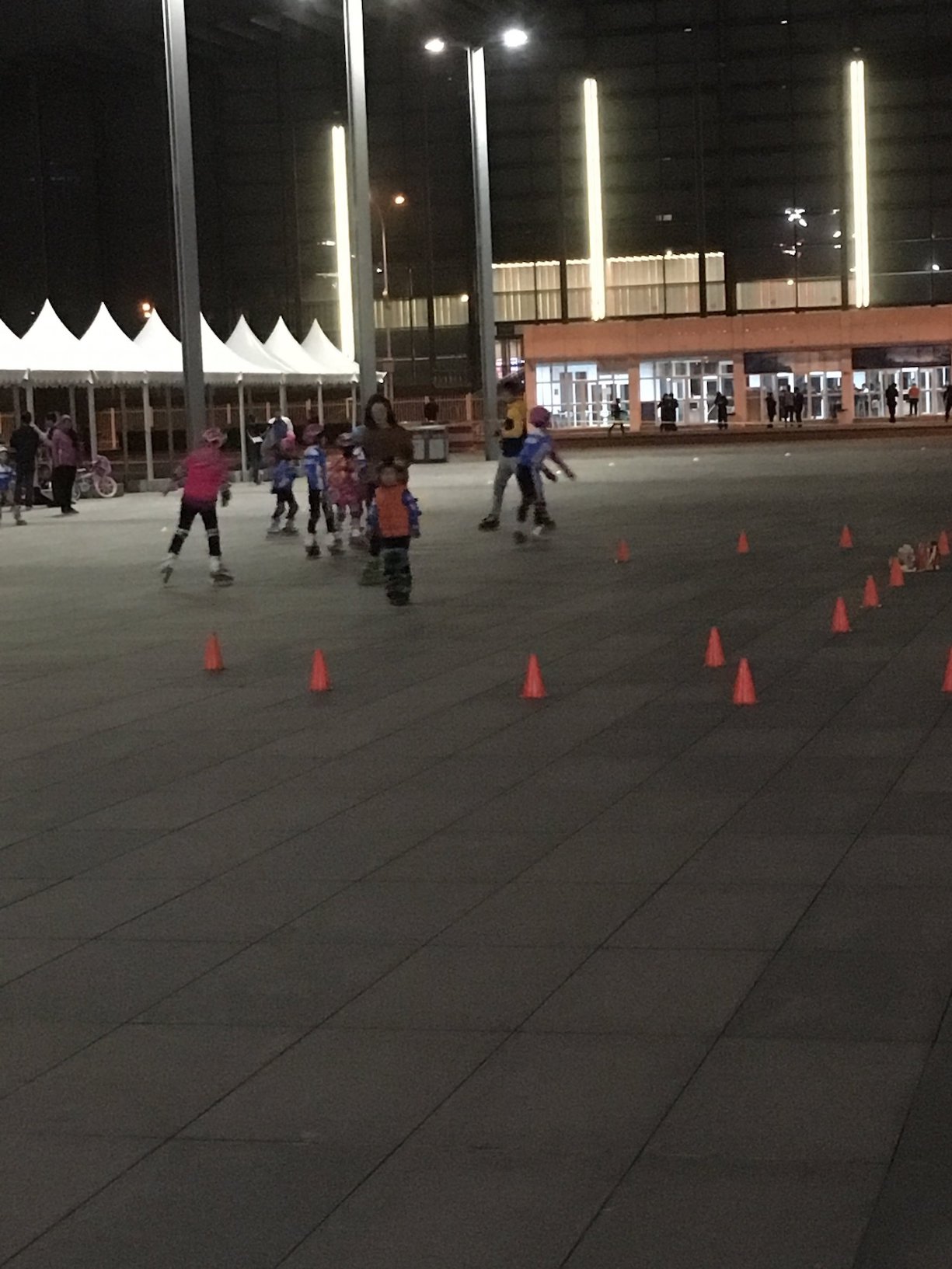 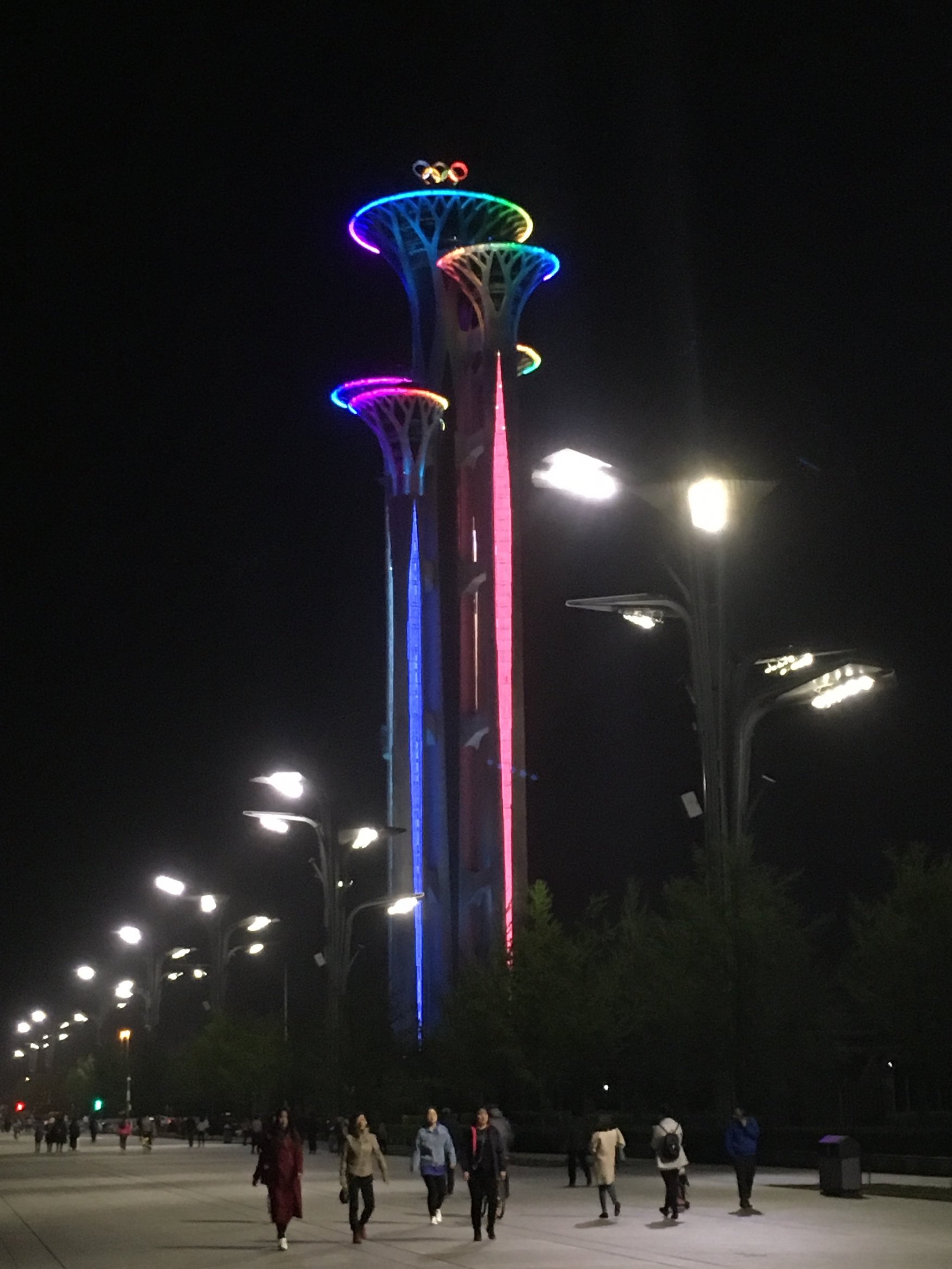 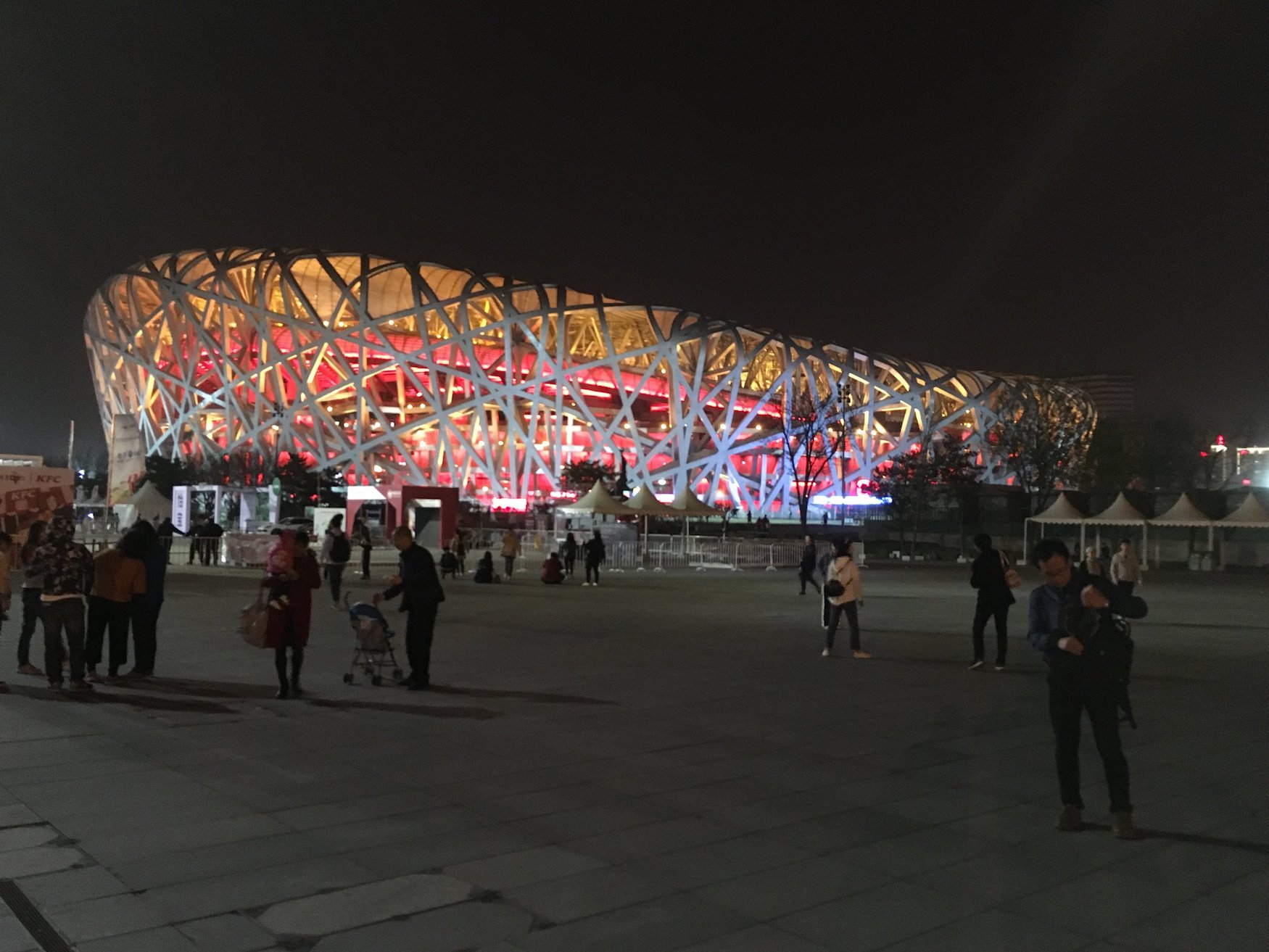