Following a LONG drive through Texas, we found ourselves in El Paso, TX  for the night. Since I’ve spent some time in El Paso for work, I actually had a restaurant in mind already (L&J’s Cafe - also known as “the one by the graveyard”). Aside from eating at L&J’s, the other El Paso highlight was that we finally went to see Black Panther! (Lives up to the hype! Go see it if you haven’t!)

Because we had been doing so many long driving days, our next stop was only a few hours away in a town called Truth or Consequences, NM (more on that later). But before we arrived in Truth or Consequences, we spent the afternoon exploring White Sands National Monument . White Sands is a gypsum sand dunefield about an hour outside of Las Cruces, NM, more or less in the middle of nowhere in southern New Mexico. Though we didn’t slide down the dunes on toboggans (a popular activity for kids), we did have fun and get some great pictures! 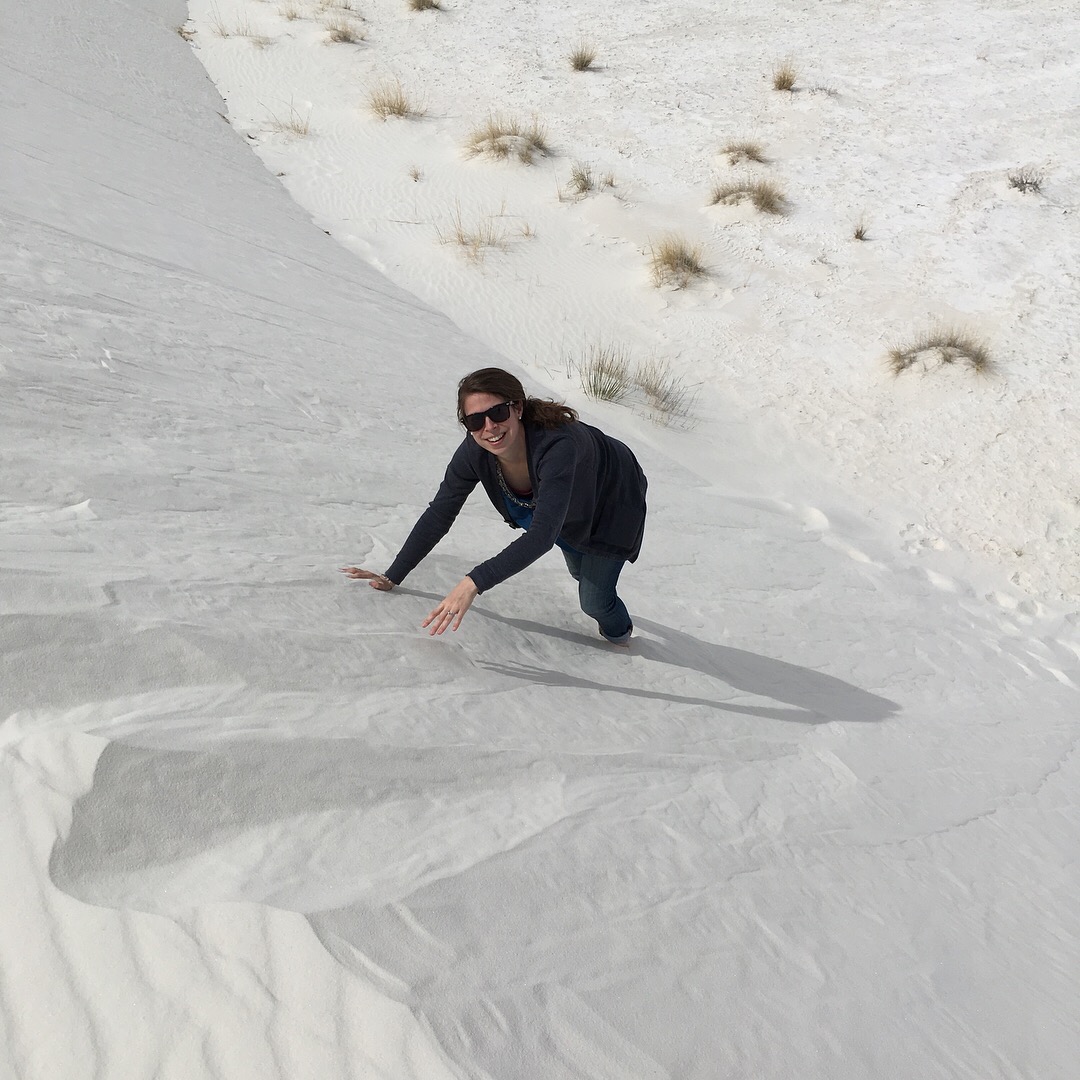 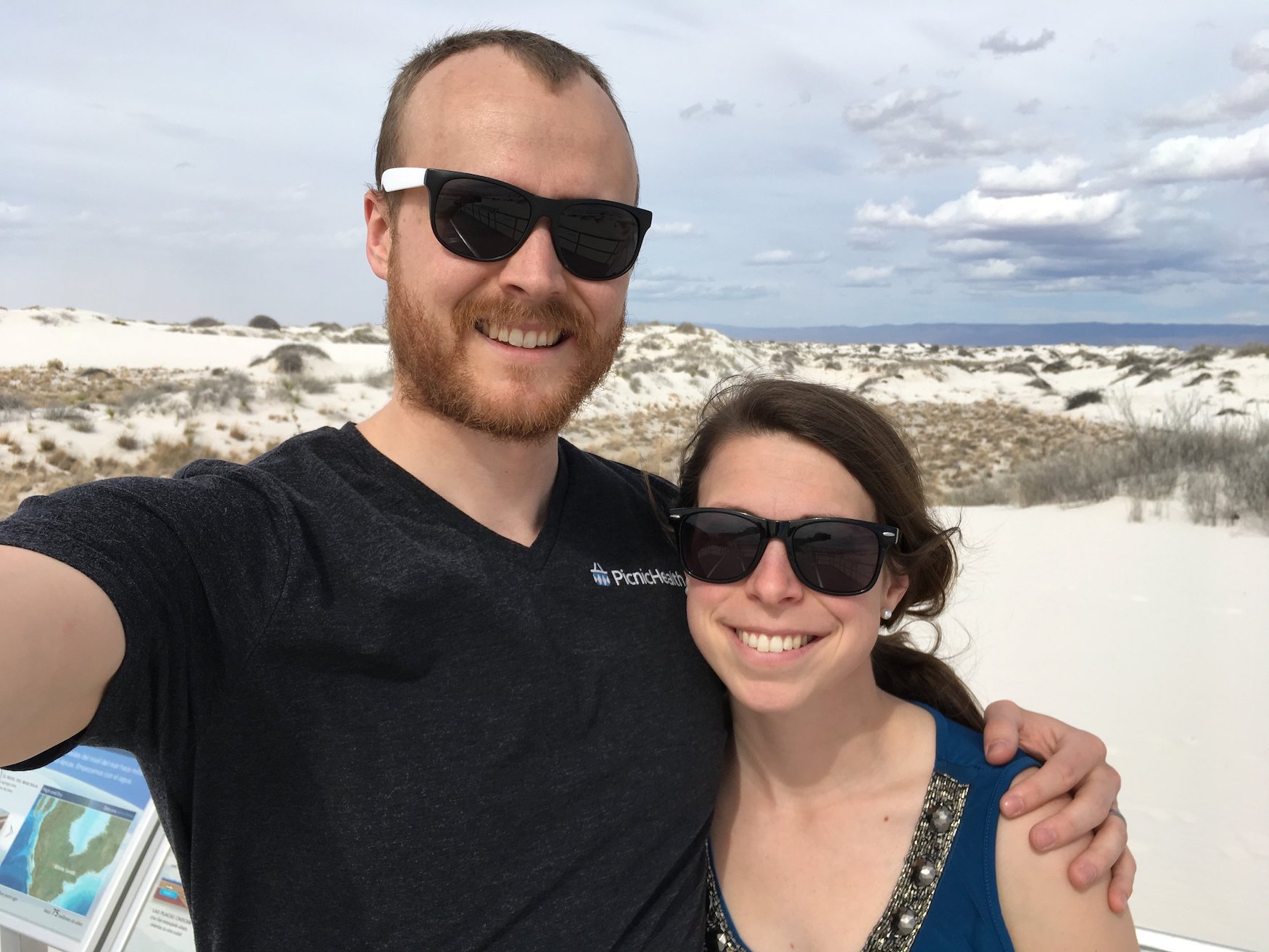 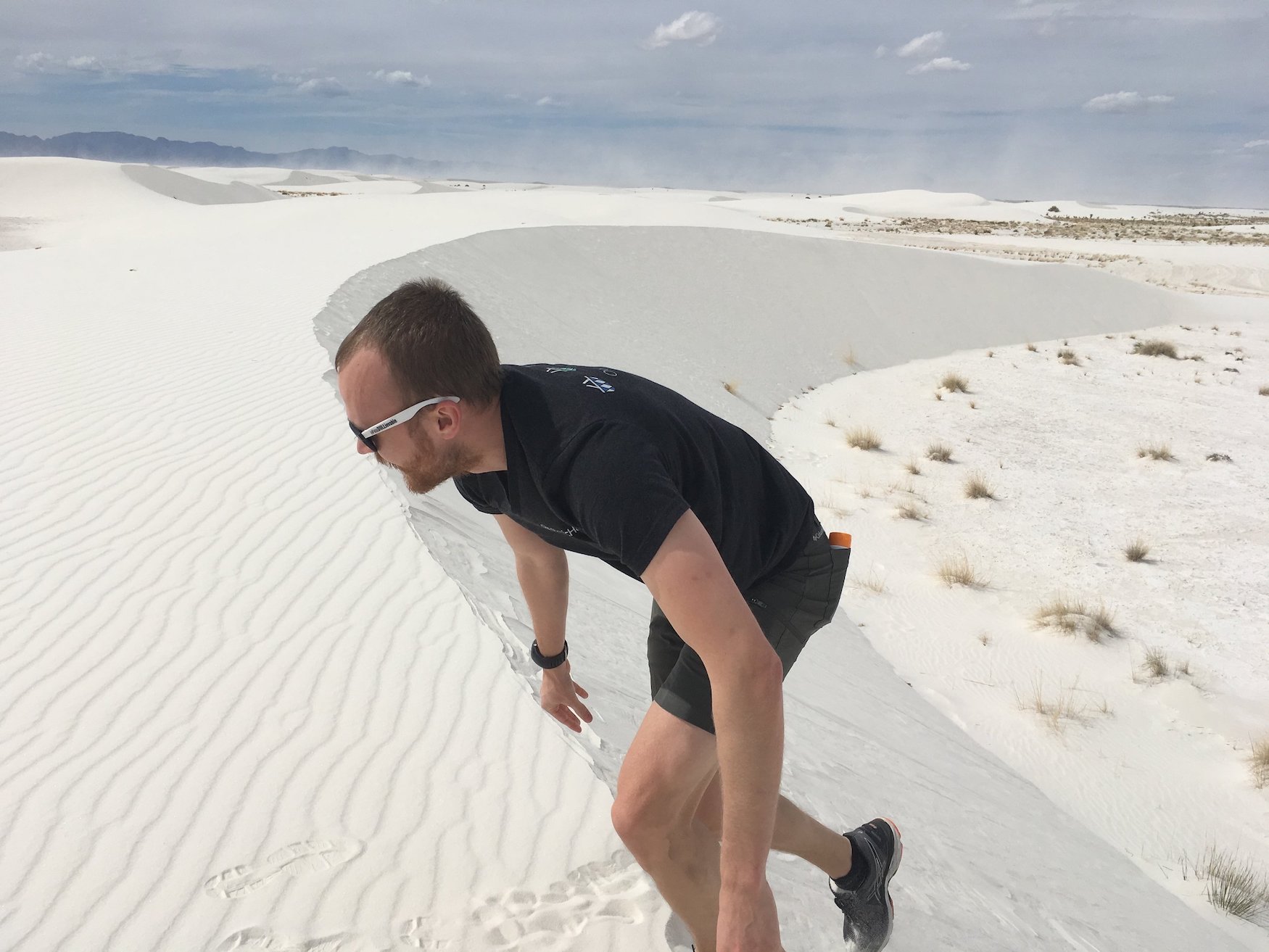 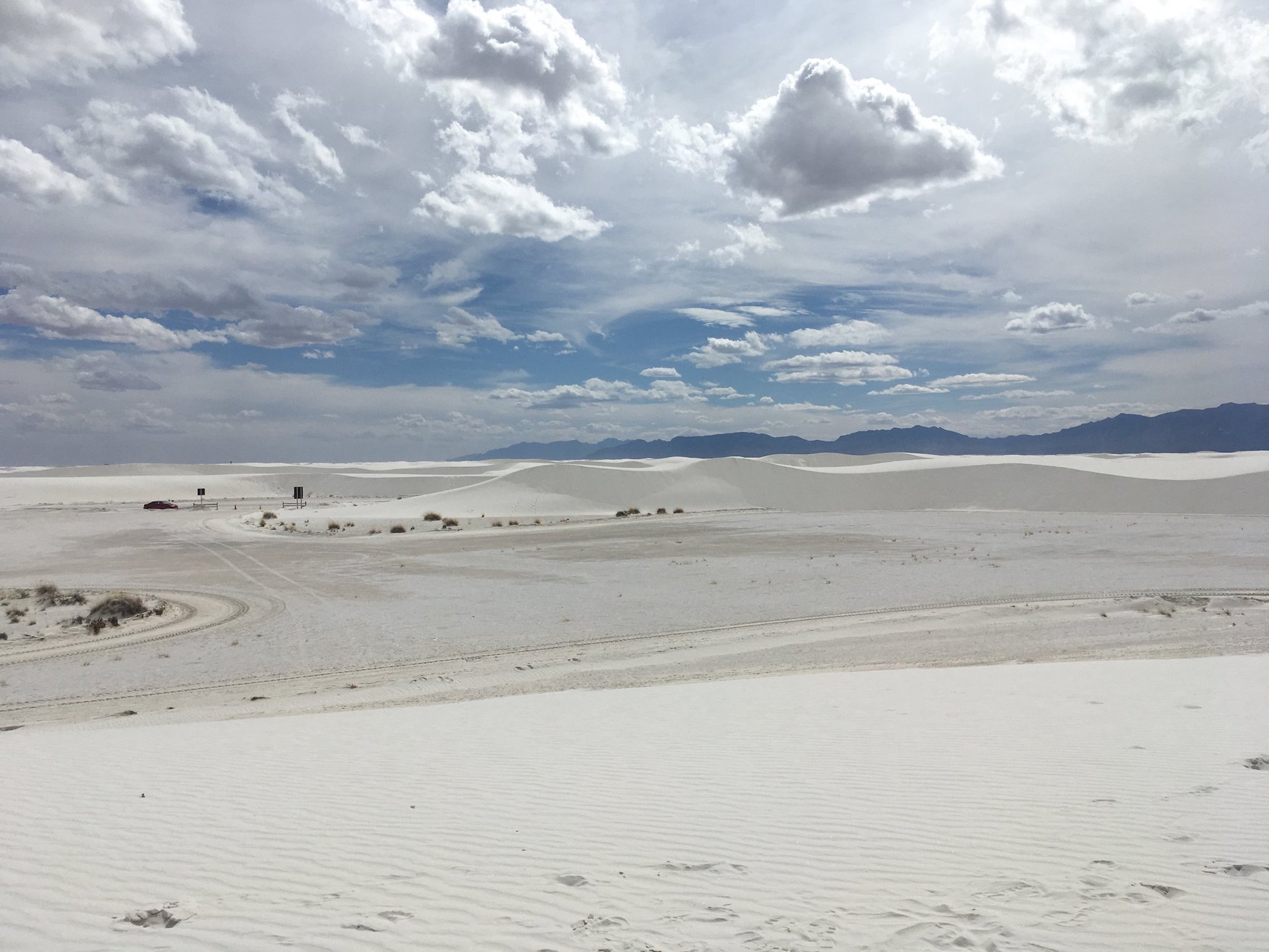 Then we headed to Truth or Consequences, NM  for the night. As you can imagine, with a name like Truth or Consequences, this small town was unique. We stayed at a hotel I found on hotels.com - I picked the Pelican Inn because it had hot springs available for use by guests for free, and had more than 7 rooms total (small hotels seem to be hit or miss). We arrived to find that the Pelican Inn was actually comprised of a number of smaller buildings over the course of a few blocks. Not only was the layout of the hotel odd, but the layout of the room was even odder - the bathroom was most certainly a converted broom closet and the shower was outside and only protected by a 6’ tall wooden fence, complete with gaps. Though we were in New Mexico in the desert, it really wasn’t that warm - especially at night. Needless to say, we didn’t use the shower during our short stay at the Pelican Inn. We successfully survived ToC (though finding somewhere open for dinner proved challenging) and headed out before the sun came up the next morning.

Our national park adventures continued the next day as we headed to Flagstaff, AZ . Flagstaff served as our home base for excursions to Red Rocks and the Grand Canyon. On the first day, we went south through Sedona, AZ  to Red Rock State Park. Red Rocks and Sedona were beautiful! Sedona has way more going on than I realized - tons of restaurants, shops, tours, etc. - all with the grand Red Rocks backdrop. It would make a great place to spend a few days hiking or just relaxing. Unfortunately, we didn’t have a ton of time to spend in the area, so we went straight to the park for a short hike. All of the hikes from the official visitors center are fairly short - we went on the longest one (2-3 miles?) that got us to the highest point in the park. Here are some photos of the view! 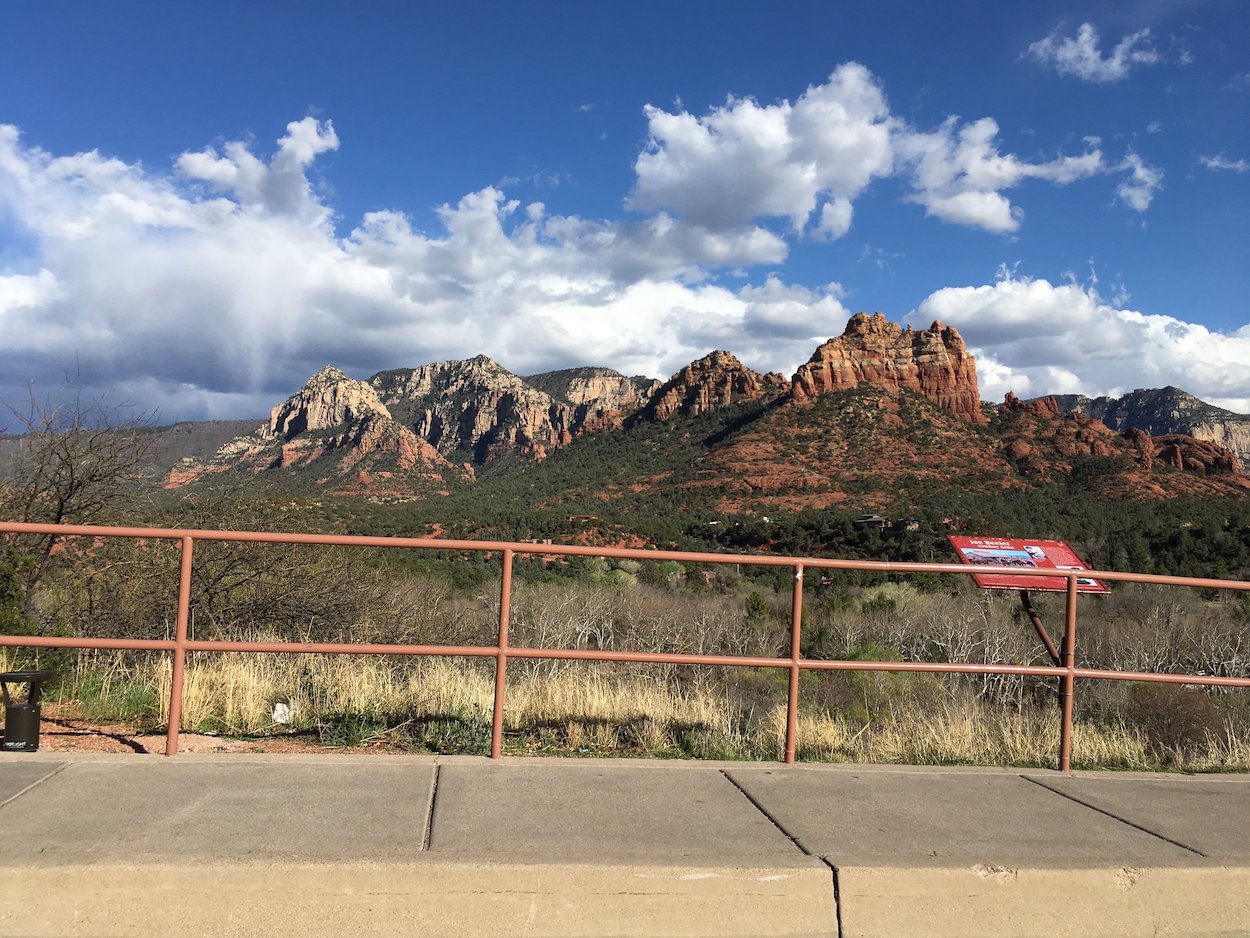 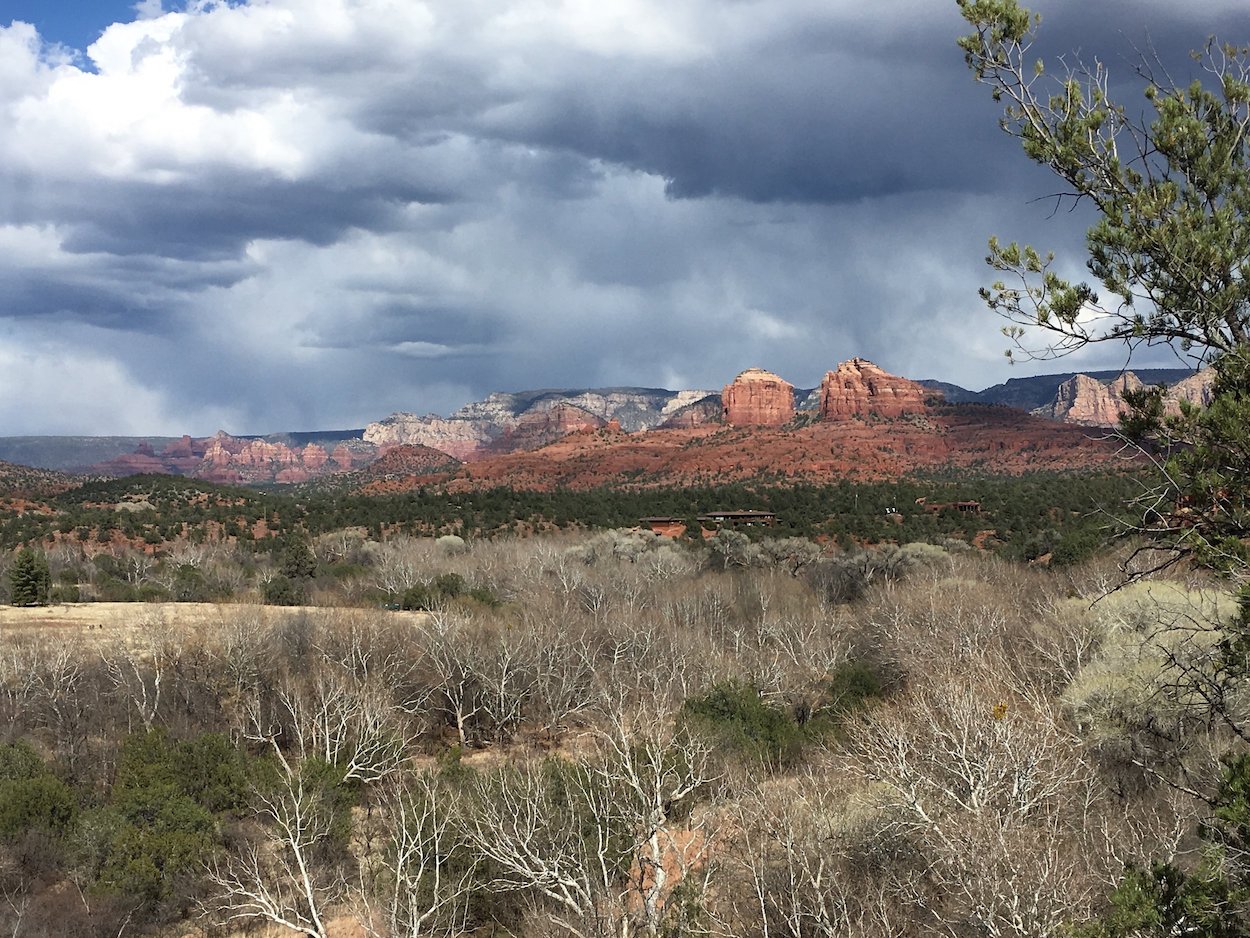 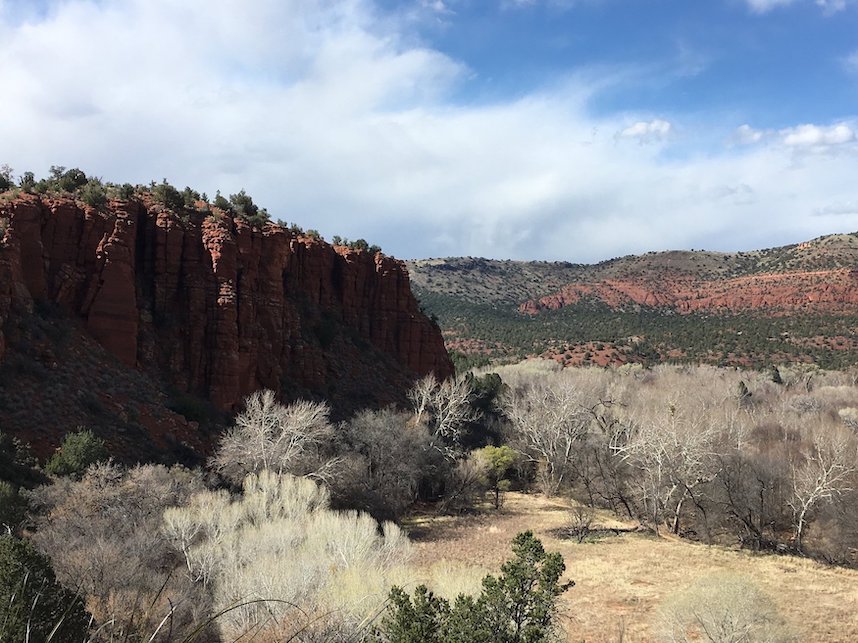 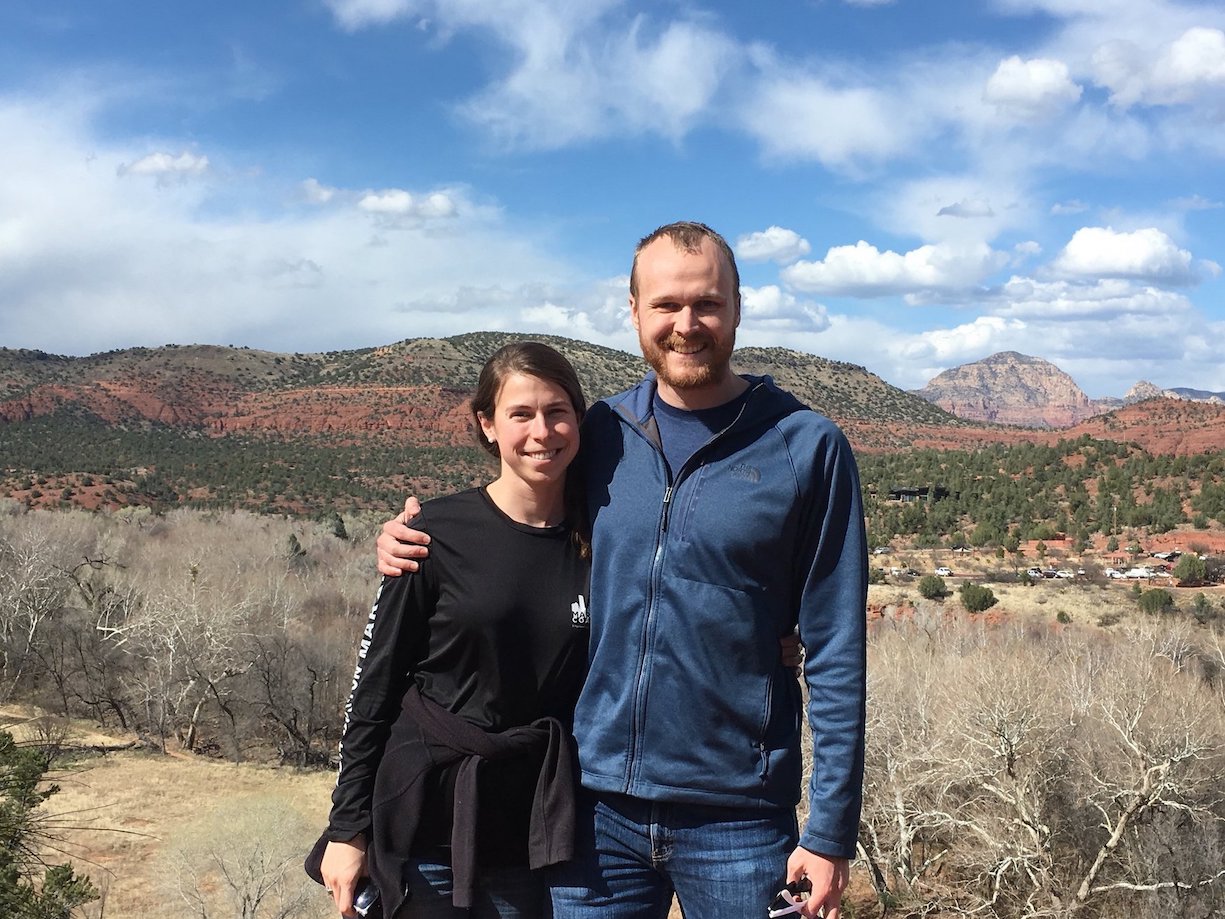 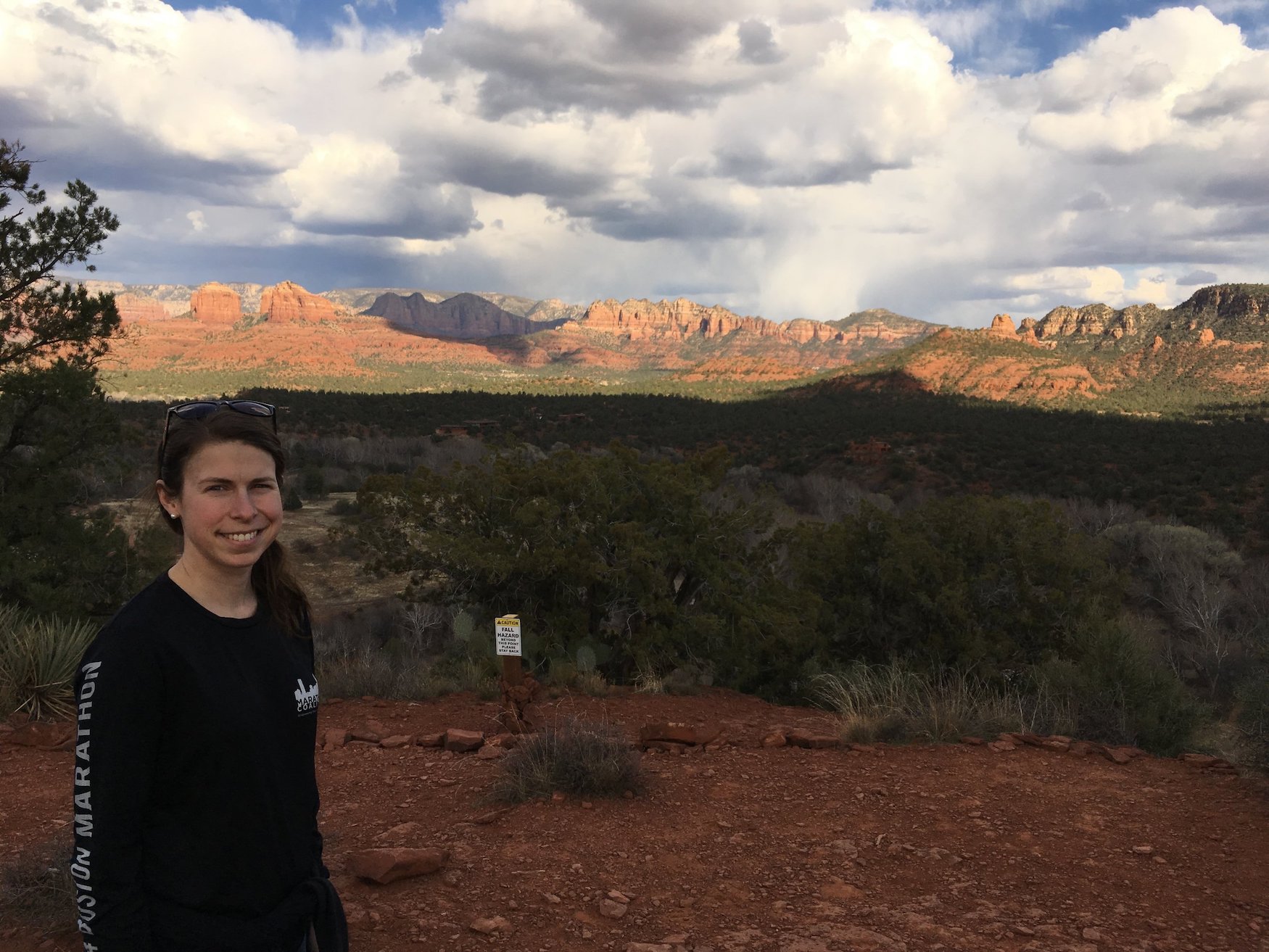 GETTING TO THE GRAND CANYON

On day #2 in Flagstaff, we headed north to the Grand Canyon. Because of a slightly later start to the day than we had planned and more traffic than we expected, we didn’t arrive in the area until about 11:30am. That was when we learned it was spring break week. There is a small town a few miles outside of the entrance to the actual park, and the traffic there was nearly at a standstill. We ended up getting in line for a shuttle up to the park instead of driving, since it seemed like parking could be an issue. Thanks to the big crowds and very slowly moving traffic, the shuttles were also moving much more slowly than normal, and we ended up waiting 1.5 hours in line for a shuttle. The picture to the left is the shuttle line… 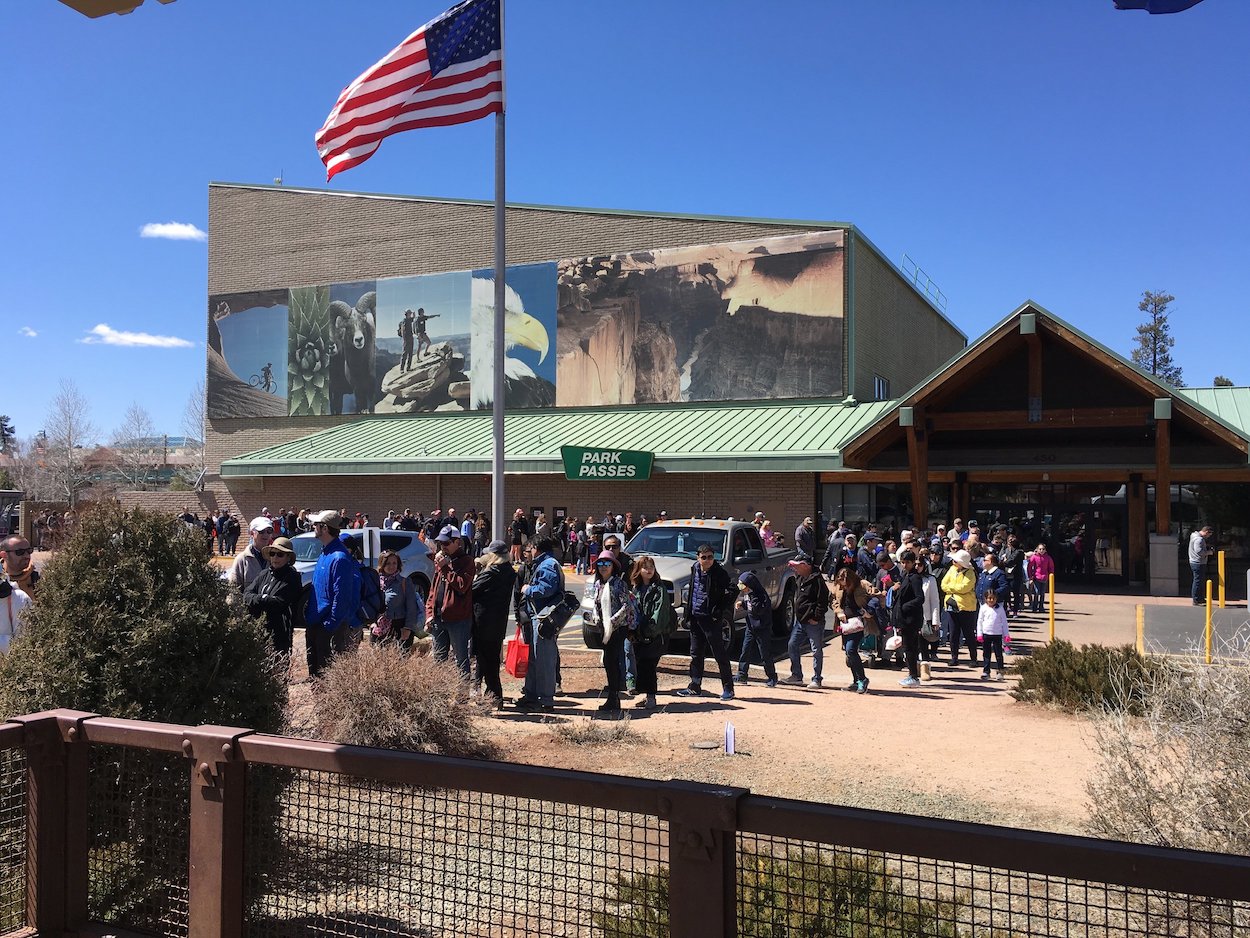 There are a few different trails to pick from if you want to hike down into the canyon. The South Kaibab trail is the most direct route that will get you to the river fastest. By no means were we trying to hike down to the river (there are also TONS of warnings against trying to hike down to the river and back in a single day - both online in the trail guides and along the route), but we found what we thought would be a good 3mi round trip route on the trail. The first lookout point on the trail was 0.9mi in at Ooh-Ahh point. For many people hiking into the canyon, this is the turnaround point so it was pretty crowded. But it only took a mile in to get these awesome views! 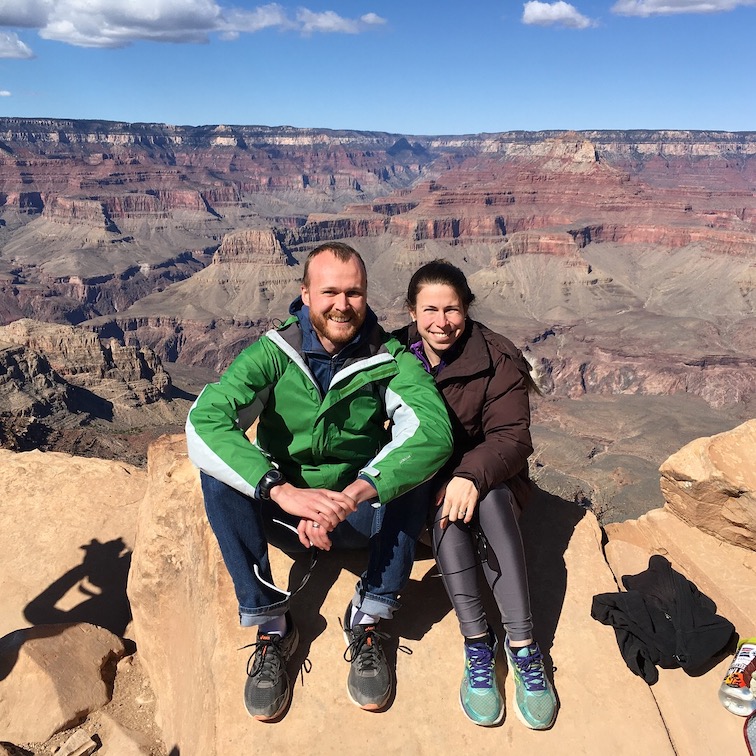 The next lookout point along the route (and our turnaround spot) is called Cedar Ridge. Cedar Ridge is only another 0.6mi down into the canyon, but the trail gets a little tougher as you go deeper. There were more stairs instead of switchbacks and more loose footing. Once we reached the lookout point, there was lots of room to spread out (and fewer people than at Ooh-Aah), and we had some even better views into the canyon (see photo to the left). 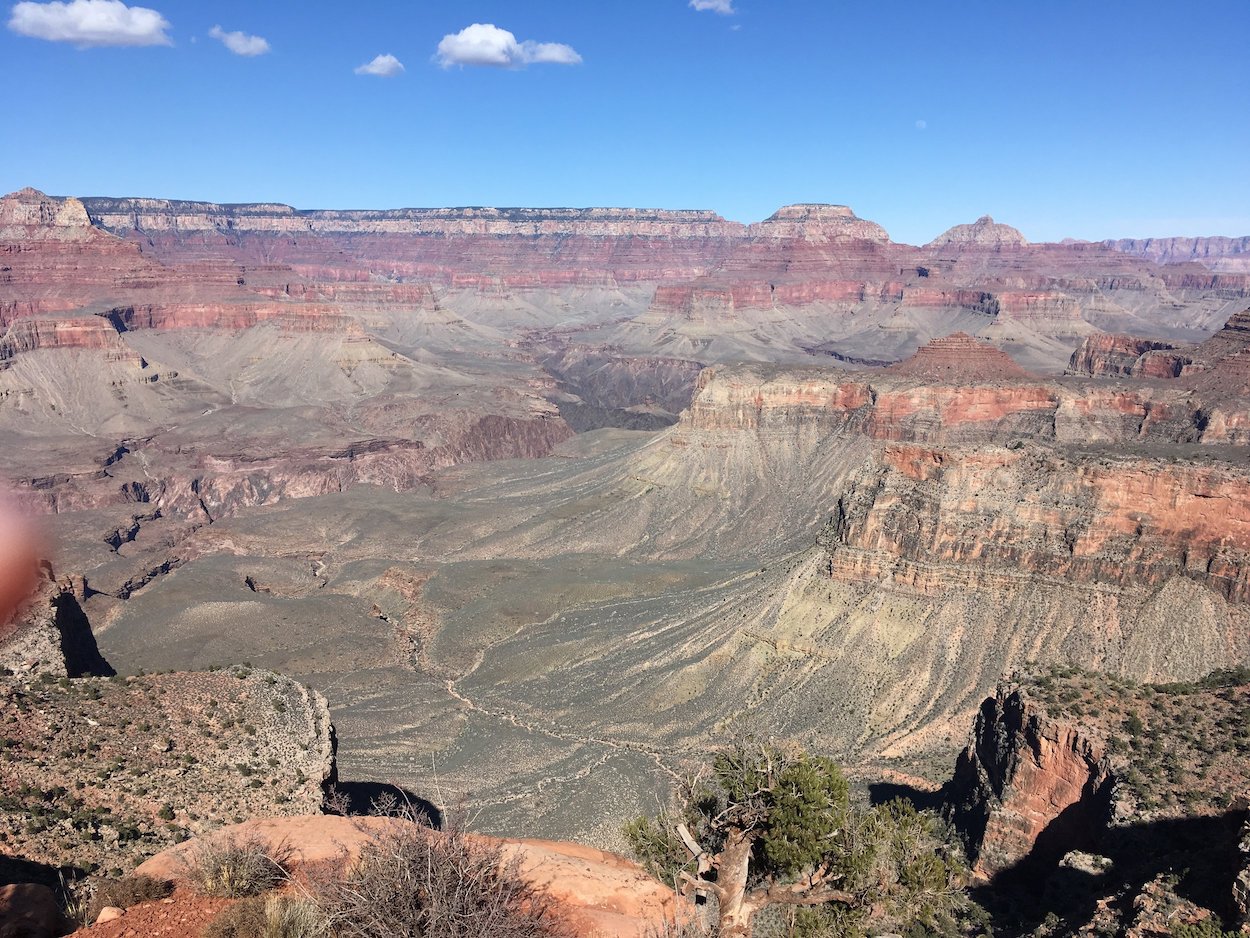 A note on the hike - the website guides warned us that the hike out and back to Cedar Ridge was extremely strenuous and could take up to 4 hours. Since I have a questionable hip and neither of us have been doing a lot of cardio in the last six months, I was a bit nervous about such a tough hike. As it turns out, the hike was not that difficult for a generally fit person. We went down in less than 45 minutes, and because we were looking for a challenge, we wanted to see if we could beat the guide predictions of it taking double the time to go back up, so we were shooting for a return hike of sub 1hr 30min. It took us 33 min to climb back up - 12 minutes faster than the hike down. We were very proud of ourselves. Below are a few more photos from the day. 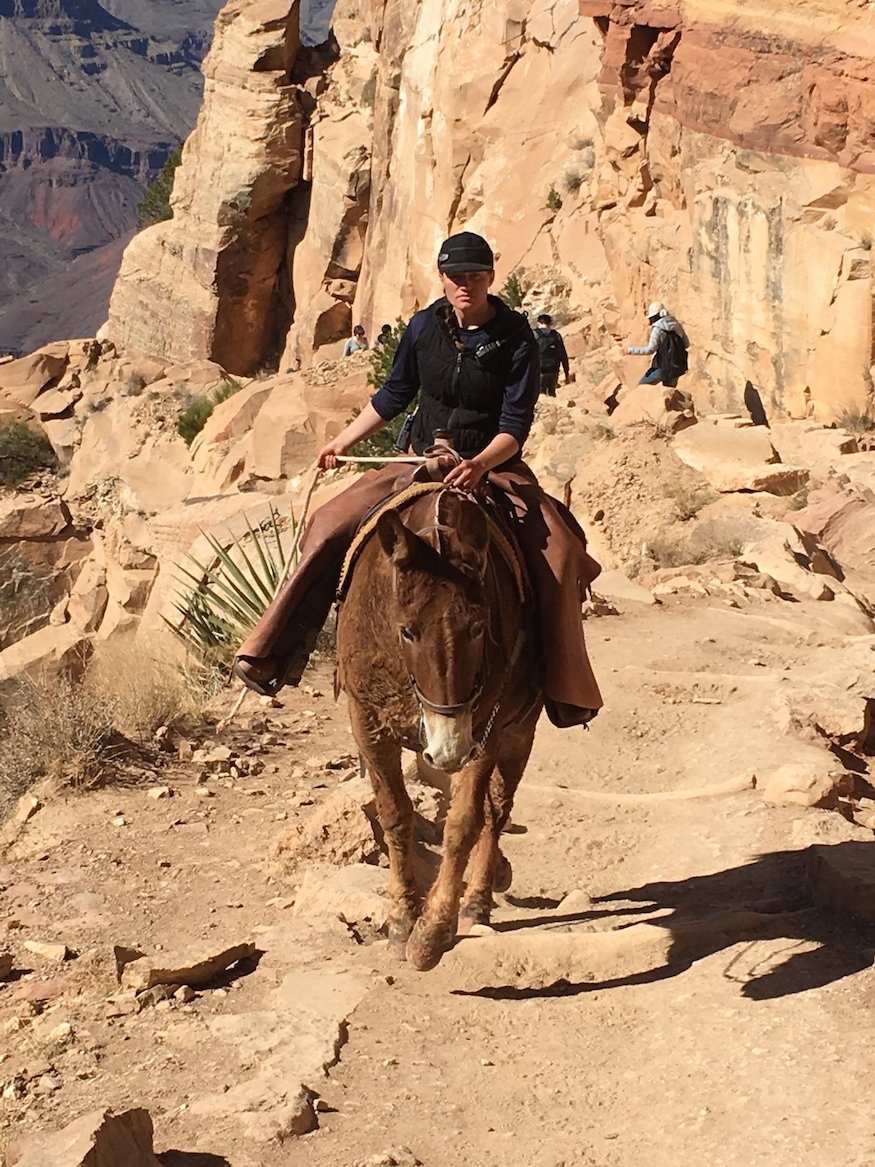 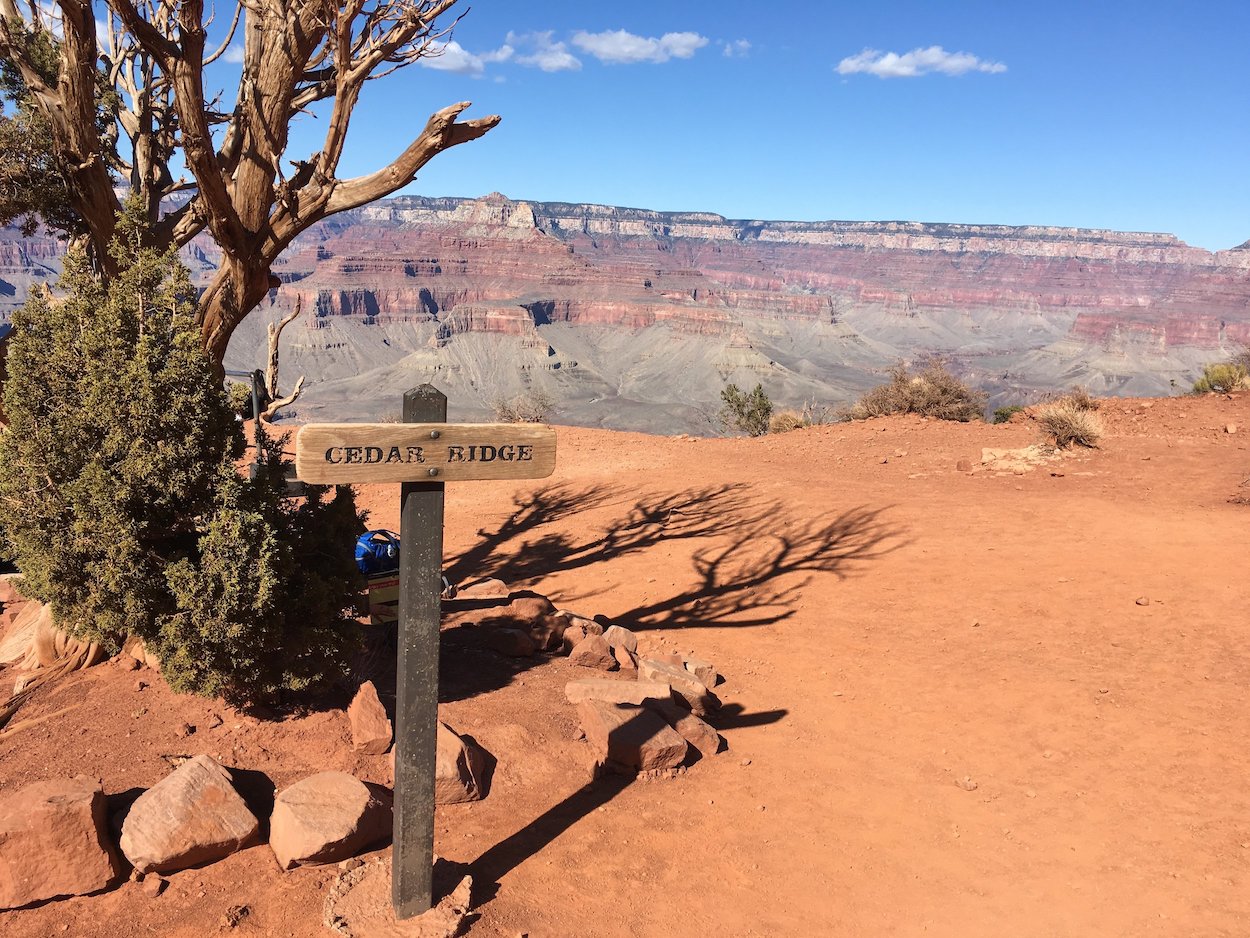 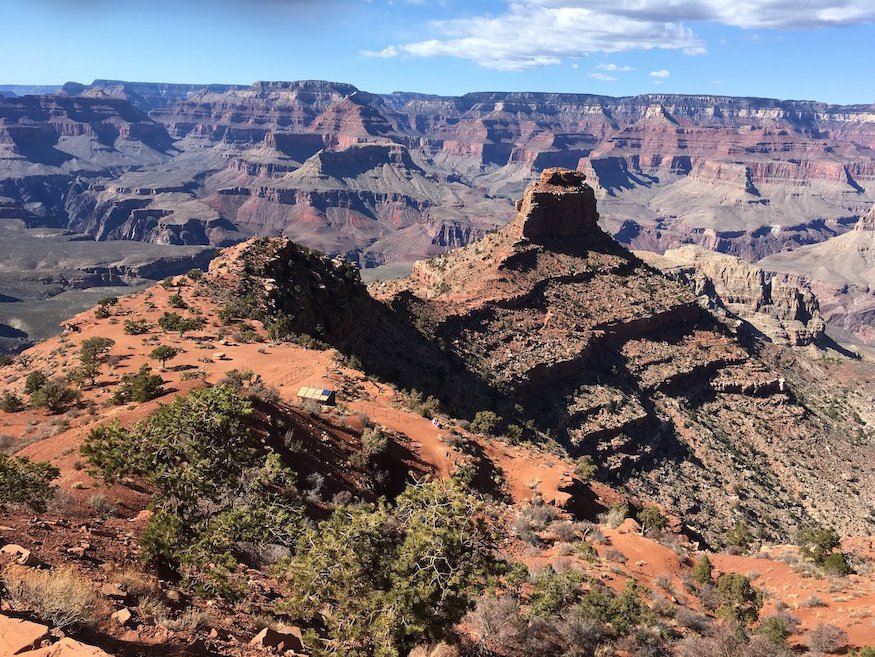 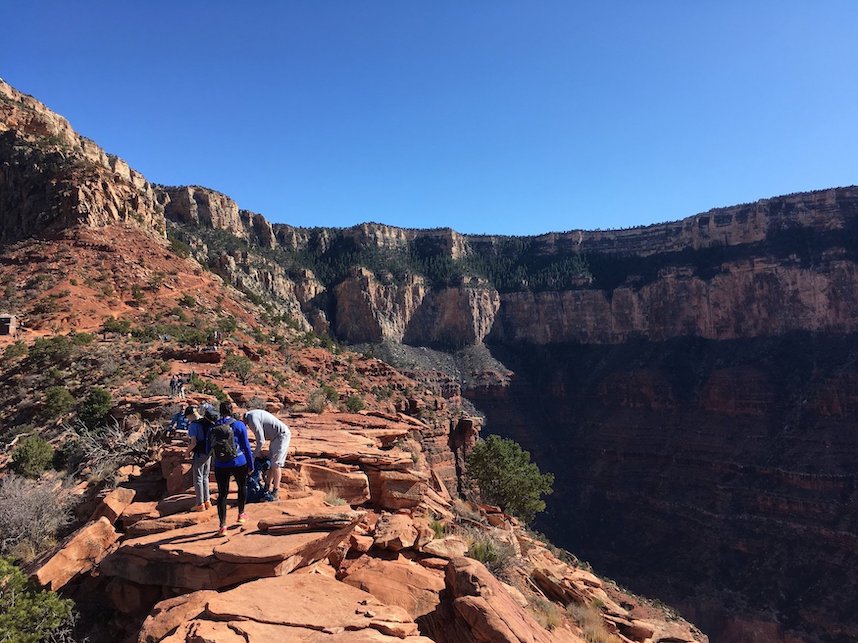 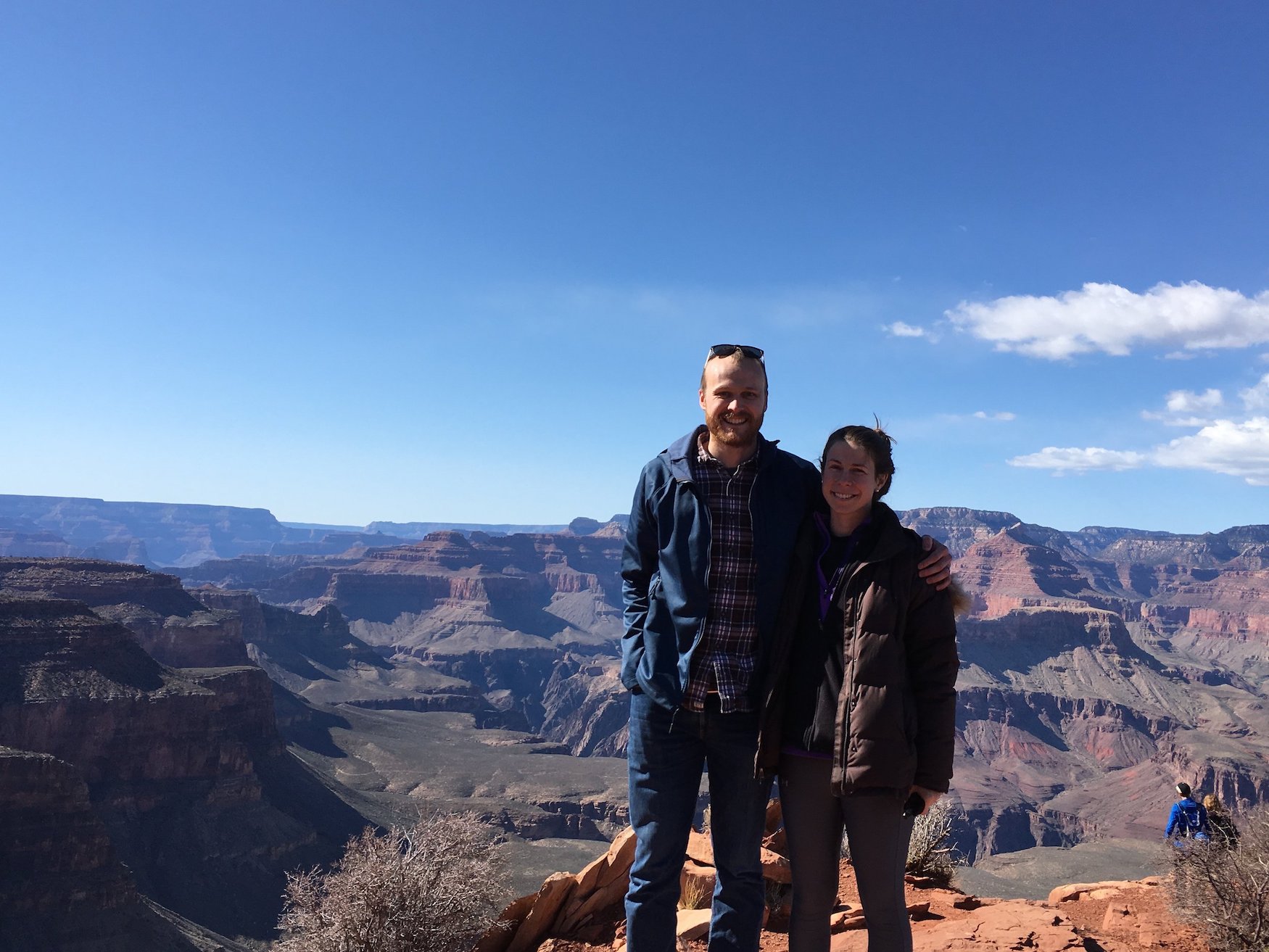 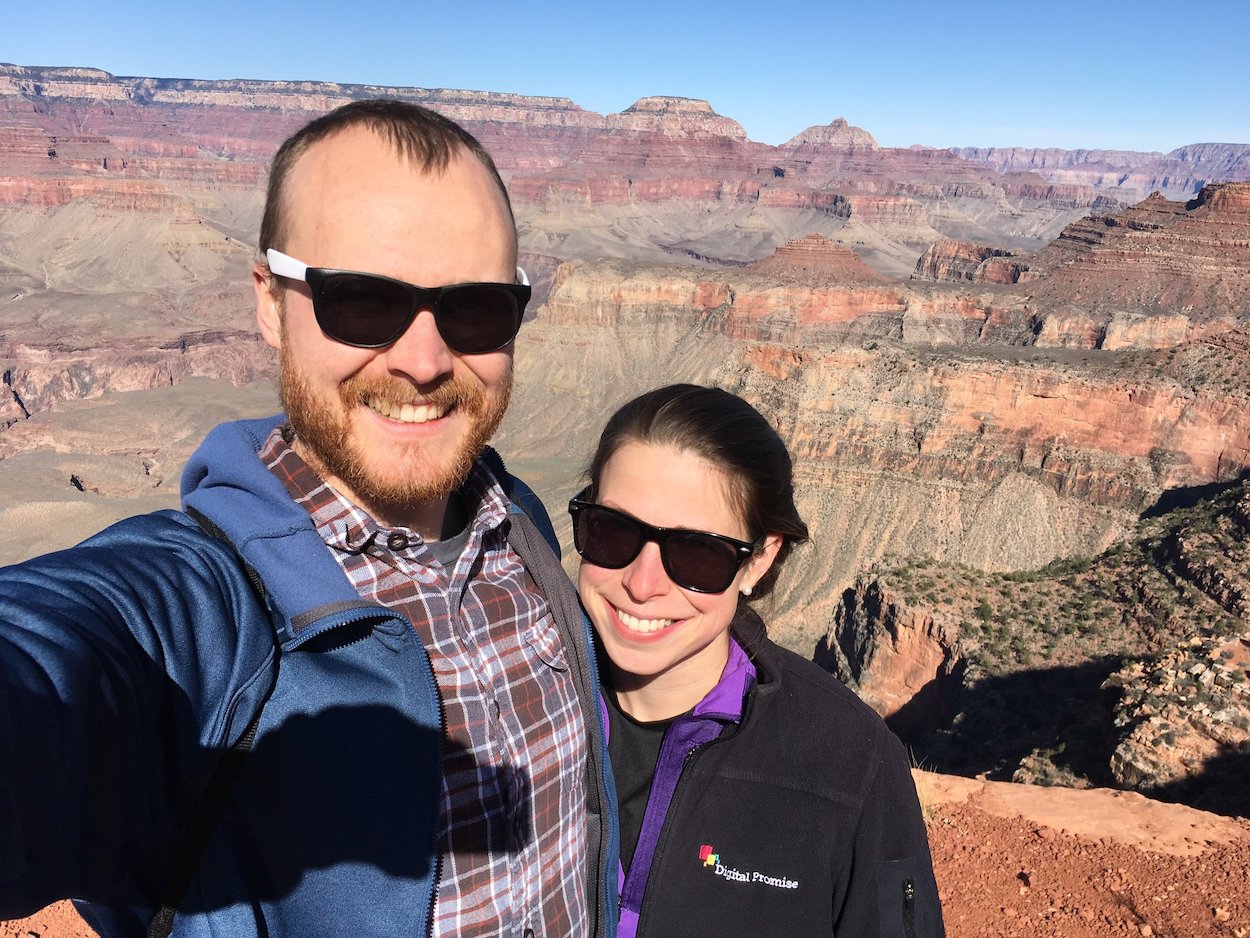 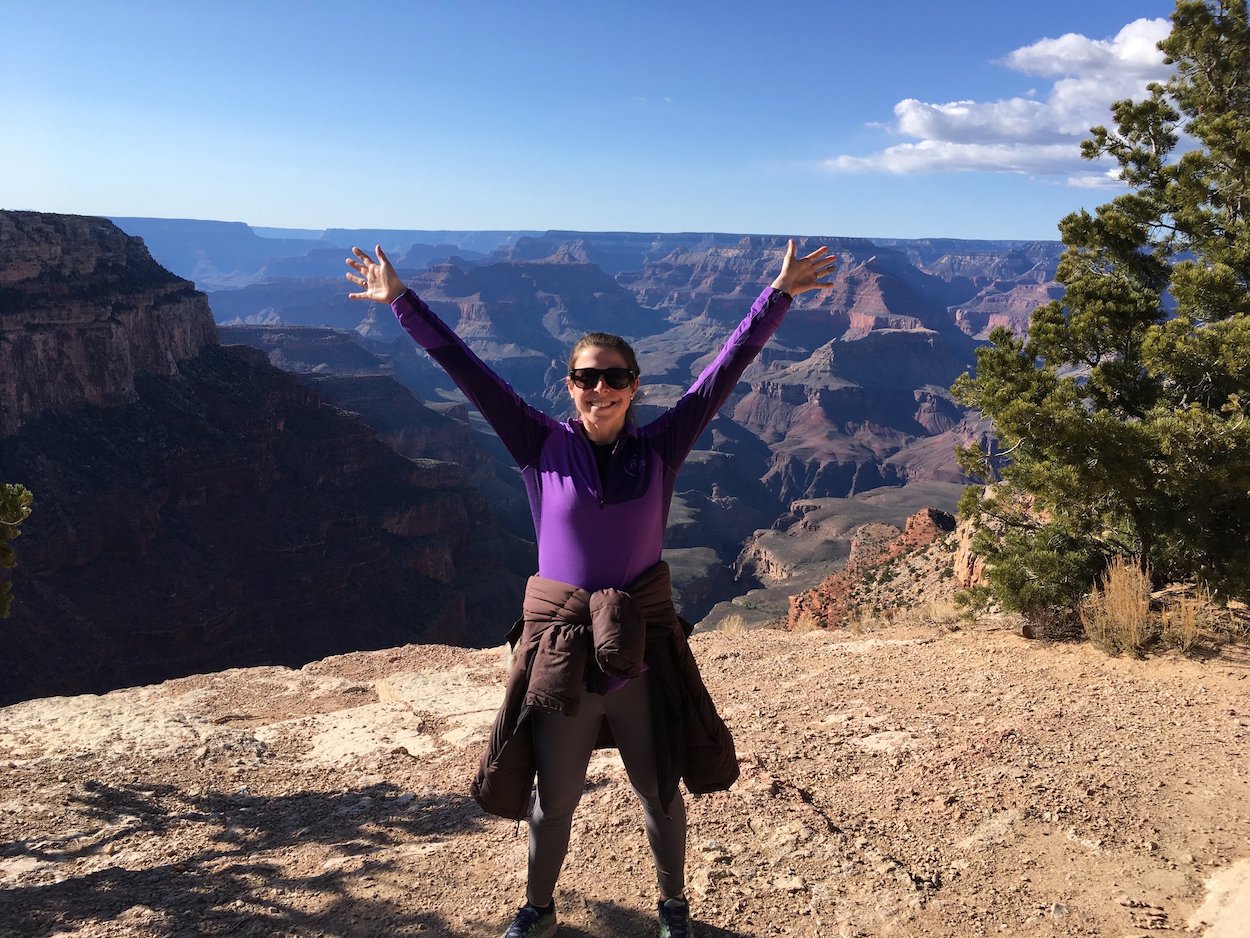 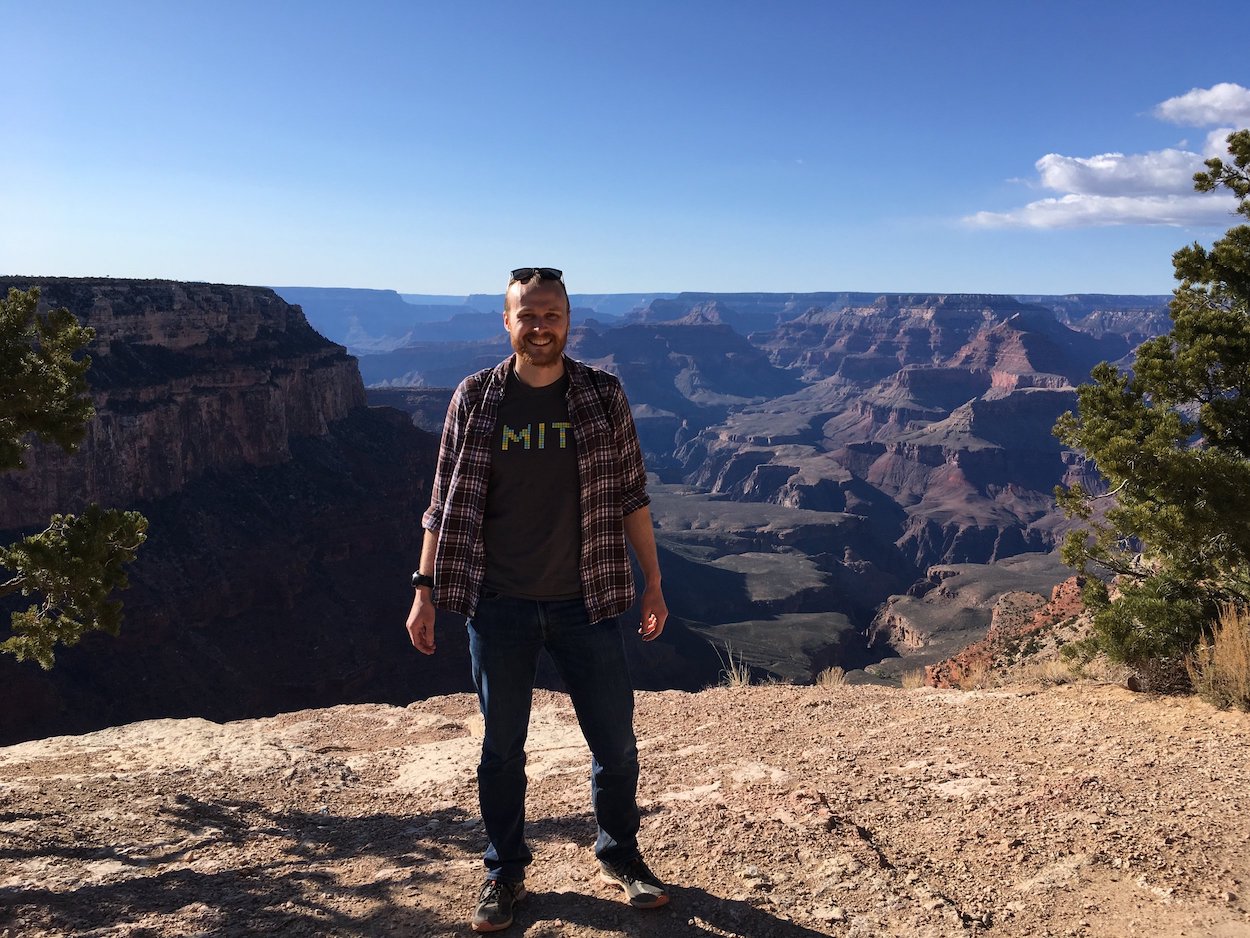 Our final stop on the way back to California would be a night in Las Vegas, NV . Not too much to report on there. We stayed in ‘downtown Vegas’ on Fremont St, instead of on the strip, which was different and a little less overwhelming, but Vegas is still Vegas. We headed out early the next morning for home in Palo Alto, CA .

Our final US-based adventure before leaving for Asia was to Yosemite  with Jake, Kathleen, Alison (Kathleen’s sister), Marlo, and Louise. We hiked (in the snow) to see the Redwood trees, relaxed at the cabin, and made s’mores by the fire at night. 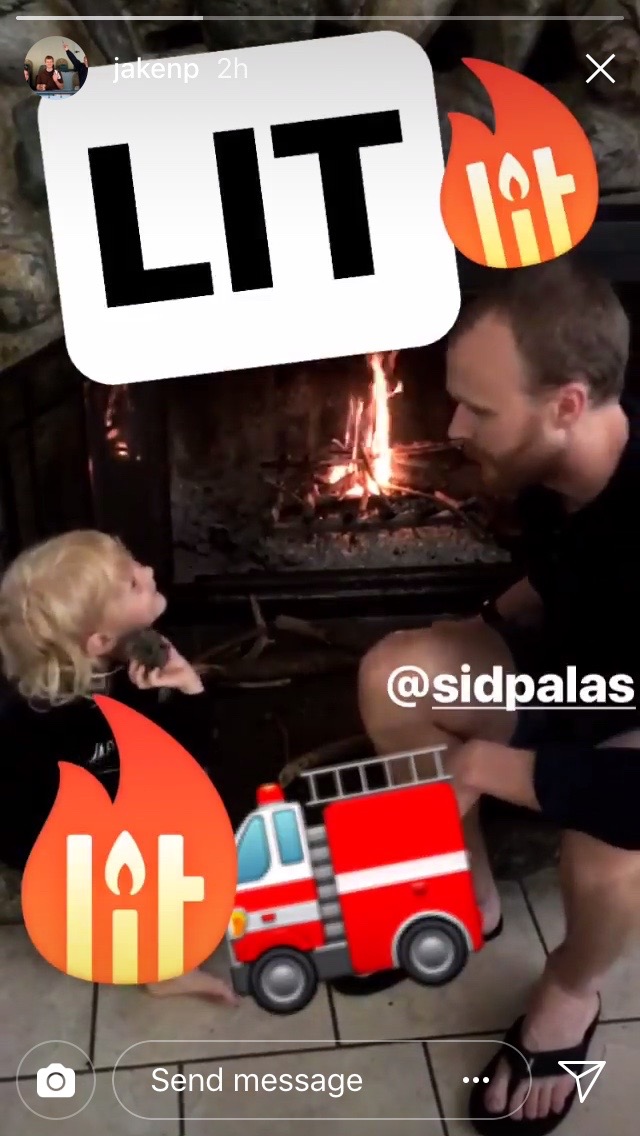 And then we were off to Asia! China posts coming soon!