During the next part of our trip, we made our way through the south - our first stop was in Sid’s hometown of Asheville, NC  where we celebrated Sid’s 30th birthday! 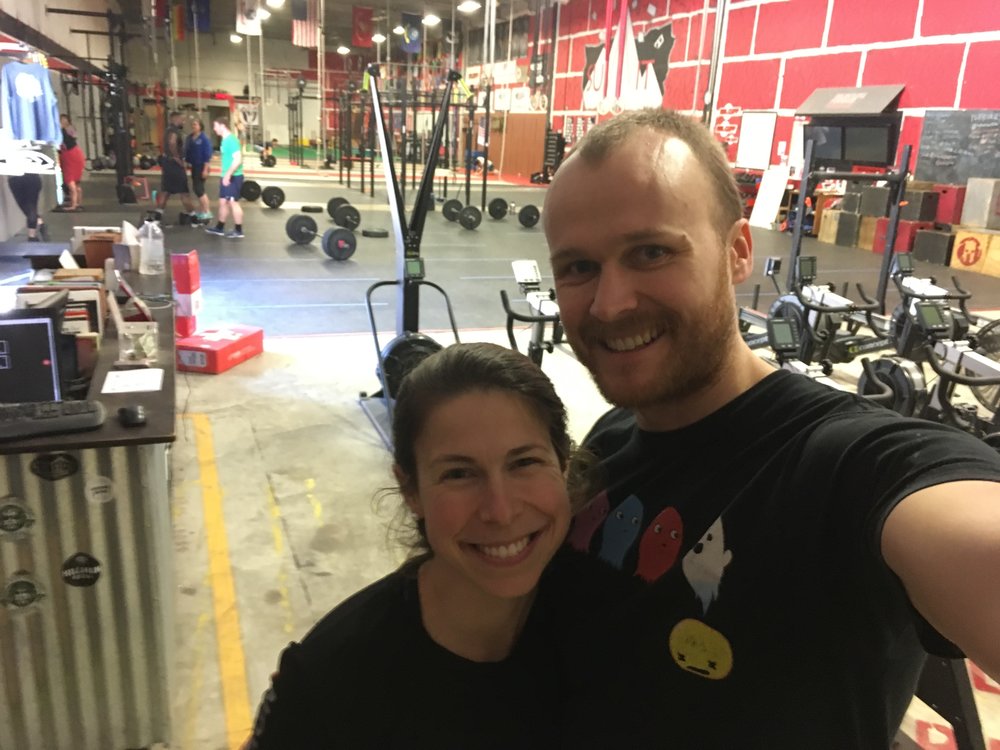 We started out the morning with a surprise (to Sid) Crossfit workout! Haven’t been getting in too many workouts since we hit the road, so it was nice to spend the morning at one of Sid’s favorite places - the gym. 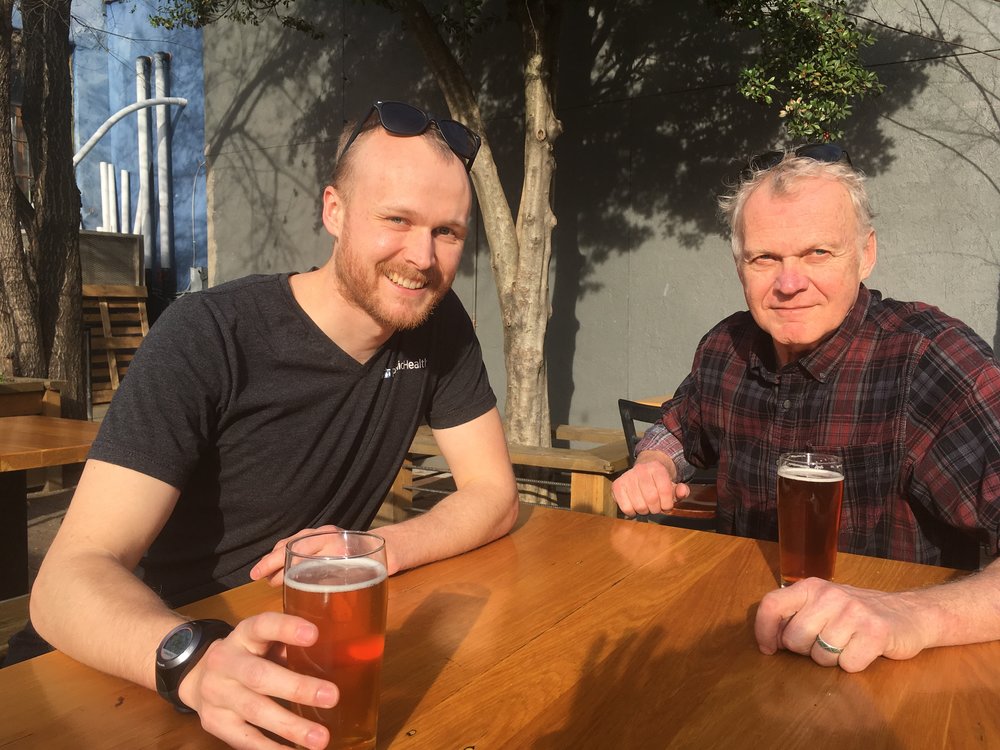 During the afternoon, we did an in-the-dark wine tasting with Sid’s dad, Bill, followed by drinks downtown. We guessed almost  all of the wines correctly, and we successfully taught Bill how to tell a red from a white ;) 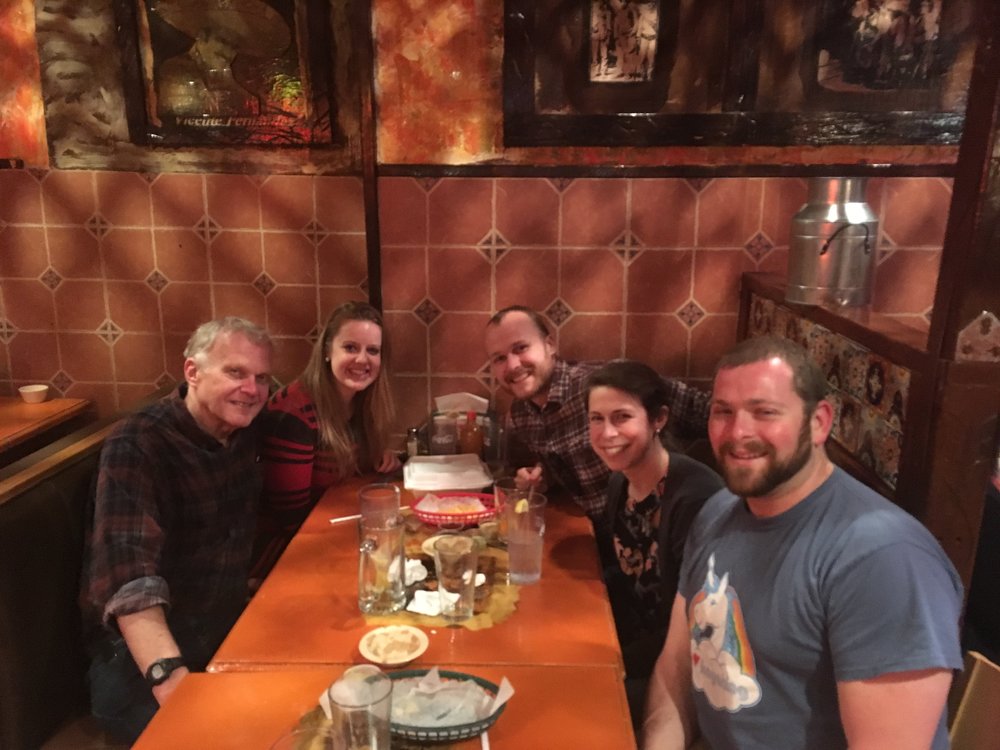 At night, we met up with a couple of Sid’s friends from high school - Josh and Anna - for a birthday dinner at Papas and Beer!

After a few days in Asheville, we took off on the most southern portion of our road trip. First, we headed to Columbia, SC  to visit Will, Brittany, and Winnie (apologies for the blurry selfie!) 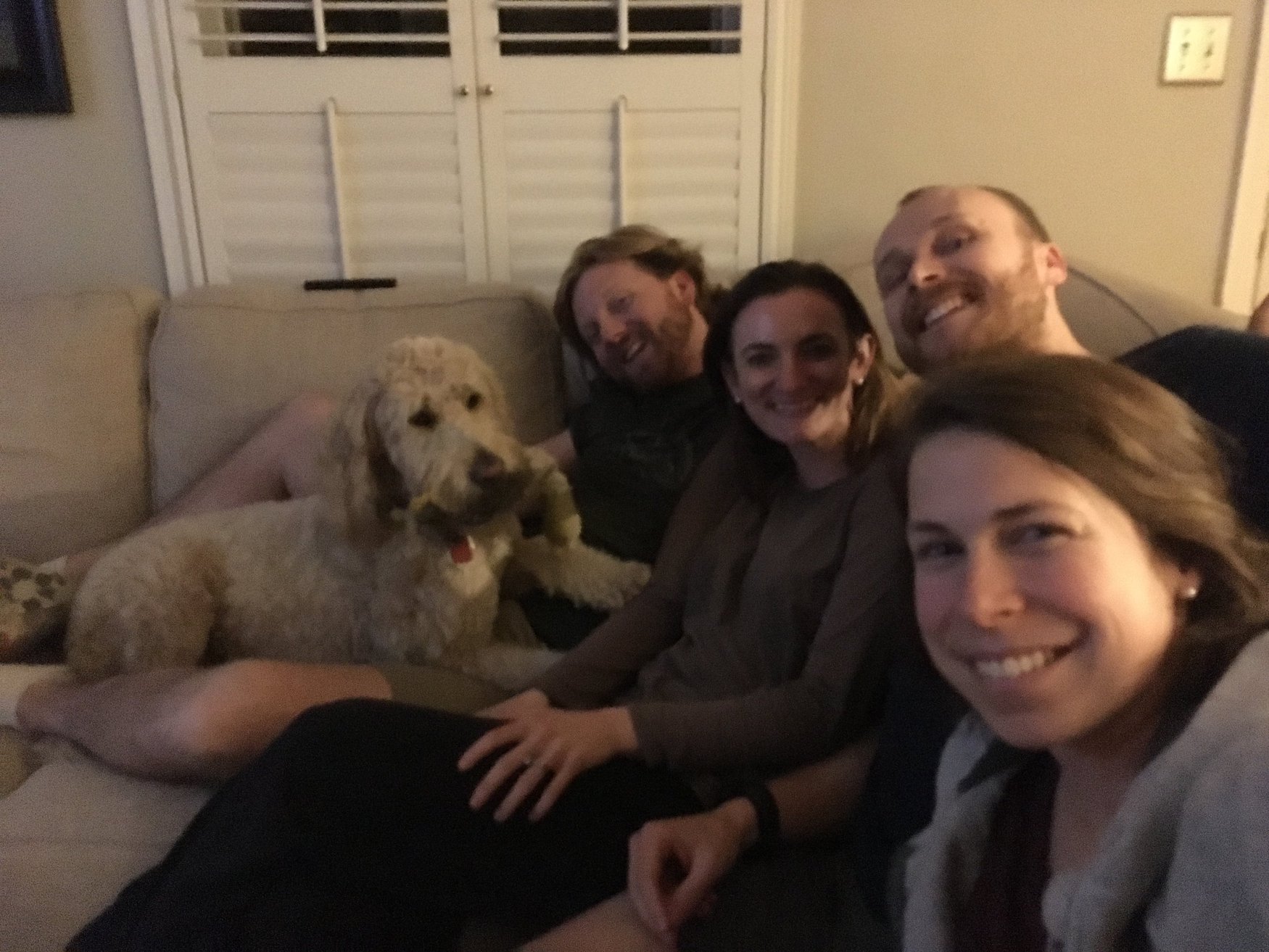 Our next friend stop wouldn’t be until New Orleans, so we decided to make an overnight pit stop in Birmingham, AL . Neither of us had ever been to Alabama, so we wanted to check it out. We discovered that The Lion King would be in town while we were there, and grabbed some last minute tickets. And thanks to a birthday gift from Kelly, we went out for dinner at a delicious grilled-cheese themed restaurant before the show. 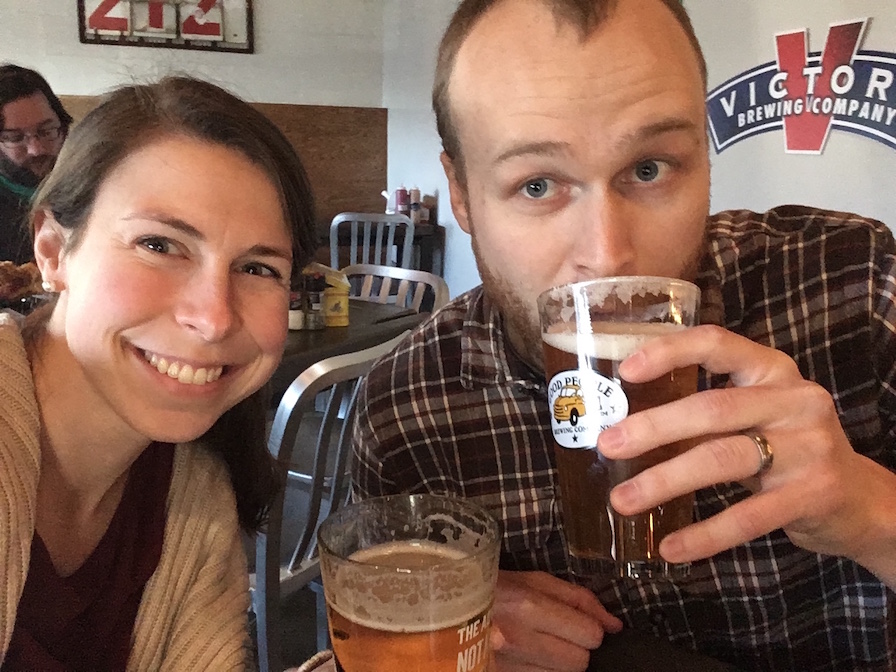 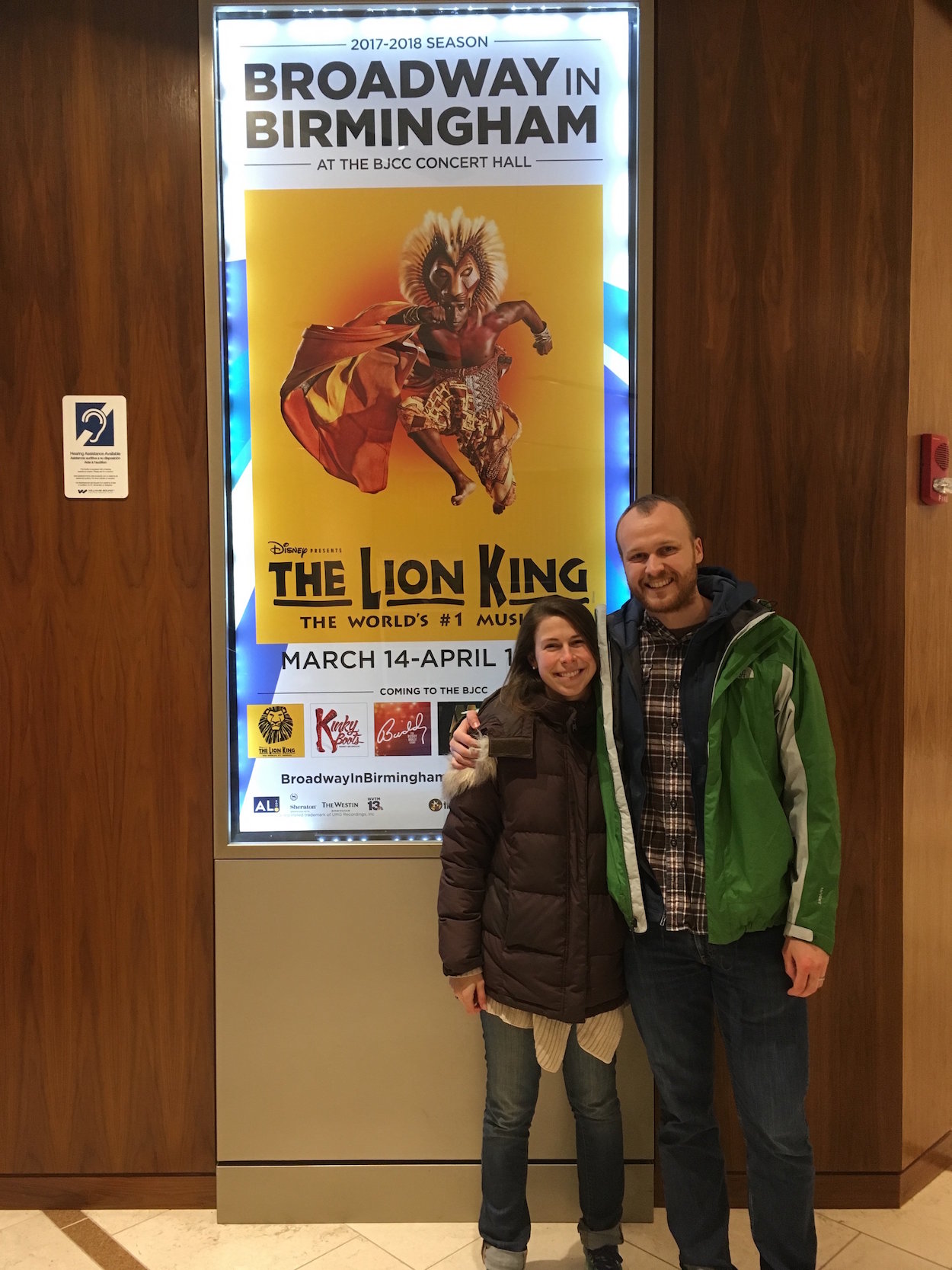 From Birmingham, we headed to New Orleans, LA,  where we explored the bayou with Sam, checked out his new house, and between the three of us, ate enough at dinner to feed a small army. 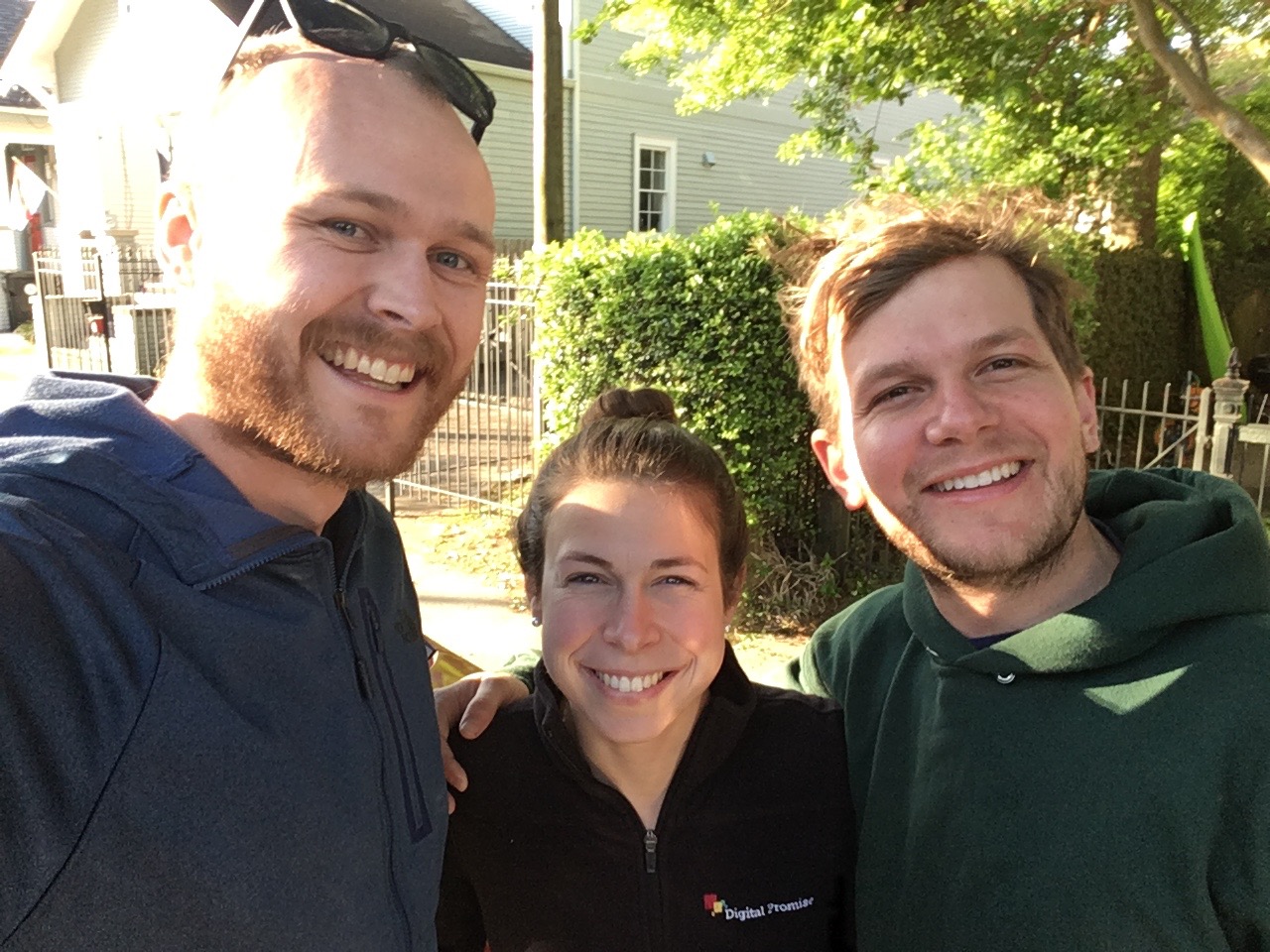 Our final stop to see family and friends was in Fort Worth, TX  where we visited the Pereda clan. Lucky for us, Brenda, John, Mat, Lexy, Amelia, Sarah, Sean, Liam, Kevin, and Anna all live in the same neighborhood! (For now! Good luck on the move to Dallas, Anna and Kevin!) Brenda and John were kind enough to invite everyone over for home-cooked burritos for dinner, and we had a great time hanging out in the backyard with the whole crew. We actually took a great group photo too - I’ll upload it here once I get a hold of it!

After Fort Worth, we were on our own and wouldn’t be staying with friends until back in Palo Alto – the next post will have a bunch of photos from those adventures!